Jaguar Classic have restored 6 matching pairs of E-Types to celebrate the iconic motor's 60th anniversary of its legendary Geneva launch. 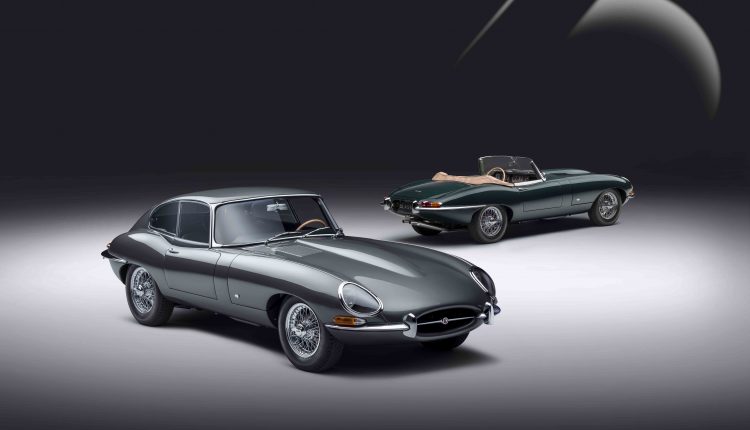 The E-Type remains perhaps one of the most iconic cars ever made, and now lovers of the British classic can rejoice in the news that Jaguar are restoring 12 E-Types with launch specification upgrades to mark the 60th anniversary of the original release.

The E-type made its world debut in Geneva, Switzerland on 15 March 1961 with the public so taken with the lone coupé, and the requests for test drives so voluminous, that Jaguar sent a second E-type from Coventry to Geneva overnight.

Sixty years later, the E-type 60 Collection is paying tribute to these two legendary cars with new restorations. The cars are named 9600 HP, the opalescent gunmetal grey coupe, and the 77 RW, the British racing green roadster, in reference to the number plates of the two cars driven overnight from Coventry to Switzerland ahead of the first celebrated press drives 60 years ago.

The new restorations are designed to be faithful restorations, with a few tips to modern driving that will make these cars truly special. Under the bonnets, The 265bhp 3.8-litre six-cylinder XK engine remains but will include a new cooling system and electronic ignition sending power through a new, specially made 5-speed manual gearbox designed with a synchromesh on each ratio and helically cut gears for smoother changes.

The E-type 60 Collection cars look as stunning as they ever did, finished in exclusive Flat Out Grey and Drop Everything Green paint colours respectively. These colours are exclusive to these models, with Jaguar stating that no other car that comes from their factories will ever use the same colours. Even the name of the paints celebrates the E-Types iconic history, with the ‘Flat Out Grey’ and ‘Drop Everything Green’ a callback to the original rapid overnight journeys to Switzerland by Jaguar PR manager Bob Berry and infamous mechanic Norman Dewis.

The standout feature of the interiors are the painstakingly engraved centre consoles by prominent artist and world-leading engraver Johnny ‘King Nerd’ Dowell, which feature the original route maps from the legendary journey both cars took from Coventry to Geneva in 1961.

In the coupé, owners will find a stylised route map plotting the key locations along the route taken by Bob Berry and the words, ‘I thought you’d never get here’, spoken by Jaguar founder Sir William Lyons to Bob Berry upon his arrival mere minutes before the grand unveiling.

The six Suede Green leather-trimmed roadsters are engraving with the route taken by Dewis on his last-minute drive to Switzerland and another Lyons’ quote, ‘Drop everything and bring the open top E-type over.’  The famous line he uttered over the phone to Dewis when he realised that he needed another E-Type for the show.

The attention to detail demonstrates how this project has been a labour of love for our designers, engineers, craftspeople and partners. Exquisite detailing combined with enhanced usability ensure these E-types will be coveted and enjoyed for decades to come by their discerning owners.

Jaguar have ensured that the detailing on these restorations is second to none, with subtle but beautiful enhancements everywhere, even down to the tools and jack, with each car supplied with a tailor-made E-type 60 car cover, tools and jack storage bags.

The cars, sold only as pairs, will be limited to 12 in total. Prospective owners are being requested to contact Jaguar to express their interest. The draw of these exquisite cars isn’t just in the machines. Jaguar have stated that in Summer 2022, the six customers and their guests who own the restoration E-Types will take part in a once in a lifetime trip: a Coventry-to-Geneva drive experience with their cars to create their own E-type memories, taking in alpine scenery, luxury accommodation and fine dining en route.

As yet no pricing details have been released, but with the Jaguar Classic Reborn E-Type priced around £315,000, the general assumption is that the pair of 60th anniversary restoration E-Types are anticipated to cost in the region of £650,000.