Arrival’s second planned factory in the US will be geared towards the production of 10,000 electric vans each year. 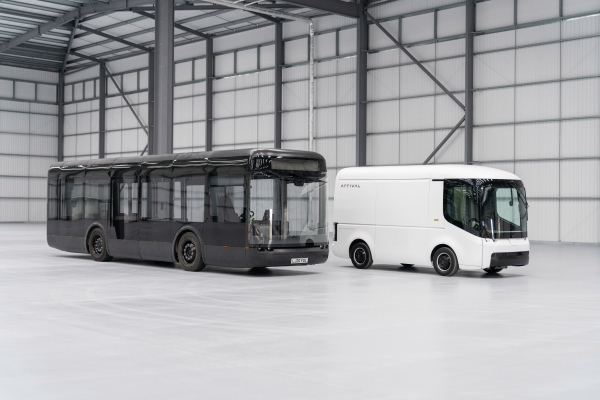 UK-based electric van and bus startup Arrival has announced plans to build a new plant that will be largely dedicated to producing up to 10,000 vehicles for package delivery company UPS.

Arrival’s planned “microfactory” in Charlotte, North Carolina, will be the startup’s second plant in the US. The company will invest about $41.2 million into the production centre, which will have capacity to assemble up to 10,000 electric vans each year.

Its other, already planned, US microfactory in Rock Hill will be used to assemble electric buses.

The move comes several months after the company said that it would pick Charlotte for its North American headquarters. In October 2020, Arrival also announced plans for a plant in South Carolina.

“Our newest Microfactory will be producing two different classes of EV vans for our US customers, expanding the zero-emissions options for fleet operators and accelerating the mass adoption of electric vehicles,” said Michael Ableson, CEO of Arrival and former executive at General Motors.

Last month, Arrival announced that it would merge with SPAC CIIG Merger Corp to become a publicly traded company, dodging the traditional IPO. The merger is expected to close during Q1 2021, after which the company will be listed on the Nasdaq index.

The startup previously avoided public attention until January 2020, when it announced investments from Hyundai and Kia totalling $110 million. It shared more of its plans and partners, including its intended SPAC merger, through the year that followed.

Arrival’s business model is built on its microfactories, which the startup claims are able to produce electric vehicles that will be price competitive with commercial vans, buses and other vehicles powered by fossil fuels. These microfactories also require a low capital expenditure and leave a smaller carbon footprint than conventional factories, Arrival says.