Karl Marx and Jeff Bezos. One - an idol of progressive anti-capitalist ideology, the other - the poster boy of hyper-aggressive macho capitalism. Both have their disciples. And as of last month, with Jeff Bezos stepping down as Amazon CEO, both are figures who have passed the baton on to others to continue what they started and to build where they left off. There the similarities end, surely? Not quite. 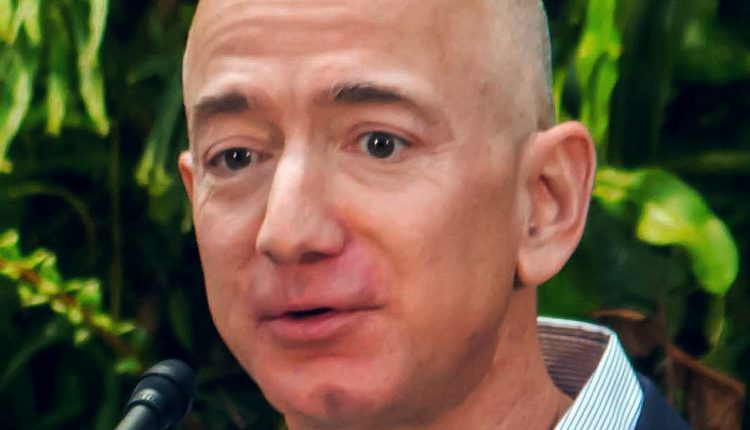 Both Marx and Bezos were big proponents of ‘constant revolution’, a mindset which too few of the C-suite reflect today. In a world where everything is digital, it isn’t enough to merely seek to overthrow the established norms (Marx) or sell a few books before scaling to sell literally anything (Bezos). Constant revolution, not project-based evolution, is the order of the day. Whilst Marx’s theory never quite came to pass, Bezos has lived and breathed it. Amazon didn’t stop at becoming THE global bookstore, they pioneered fast point-of-sale, personalised recommendations, reviews at scale, and many, many more. The patents they hold should set Amazon for a lifetime as the leading behemoth of their simple mantra ‘A to Z’. In a rapid news cycle, people have likely forgotten that Amazon has even patented drone beehive cities in the sky. Not to mention Amazon Go, a smart supermarket concept that hasn’t even rolled out yet but is set to up-end the status quo. They’ve owned the notion of things brought to you quickly. And they did so initially at a glacial pace, investing more than their vast revenue in tech and digital, in anticipation of the next wave of customers’ consumption needs.

Where Marx talked the talk, Bezos walked the walk. Quietly and constantly making micro and macro improvements to the infrastructure, logistics, supply chain and procurement that (what was then) the new digital world could offer. Evolutionary theory became a digital practice. Fast forward to today, with a pandemic that’s fractured the already weak tectonic plates of legacy businesses, and the legacy and lessons to learn from Bezos are clear. Find your core nugget of what you’re looking to do – and build it so that they will come. Think back to the now cliched examples of digital disruption, and recall that we scoffed at Uber (who would let a stranger drive them home), Domino’s (who would eat that pizza, however many ways it can arrive), and Airbnb (who’d risk a holiday on a random person’s home over a hotel?). All three put tech and digital innovation at the heart of almost literally reimagining their respective industry’s wheels.

Where does this leave an ageing C-suite? We’re witnessing possibly the last generation of venture capitalists, hedge funds, and boardrooms that aren’t digitally native. Yet their end-user, whether that’s start-up founders, ‘influencers’ or the humble consumer, now expects the highest level of service and experience. There are lessons to learn from both Marx and Bezos for constant (r)evolution. Every business can and should look at their core message, and how a relentless investment in evolving it for a changing landscape and clientele can save them going the way of the dodo.

A CEO saying ‘let’s change things up’ does little on its own. CEOs can exist in a digital vacuum in that sense. Years ago, when England won the Rugby World Cup, scores of articles were written about Clive Woodward’s top-down approach to incremental change. At the time, it was good advice, but most businesses can’t function with a single revolutionary at the helm. Instead of top-down rugby management, we’d strongly counsel that if we’re going to labour a sports analogy, it’s a Formula 1 mindset. Every single person on your team should be thinking about how incremental change can propel your business into solving future-facing customer needs.

That thing you think makes you special? The pursuit of that is what will kill you.

This requires a culture of experimentation, from the intern up. Tech can – and should – help. AI and machine learning have been much trumpeted, but most of it isn’t really AI, or any kind of learning, it’s merely automated processes that give the pretence of ‘big data’ being anything other than just ‘more data’. In today’s hyper-competitive, globalised, commoditised world, you win by being smarter. And failing to lean on available tech isn’t just a missed opportunity, it’s neglect.

This isn’t another article that pretends to offer new ideas without clearly outlining them. So, here are the core behaviours you need to adopt. Hire smarter people than you. Give them room to make mistakes. Allow room in the budget for failure. The learnings will outway the wastage. Create, not just in a single company-wide email on a Friday night, a culture of relentless test and learn. The brands and businesses that are thriving in this current environment, are those that are investing time and resource into internal and back-end change. Sacrifice the sacrosanct. Ask your parents, partner or children what your business is and does, and notice the dissonance between the above-mentioned-nugget of your core offering and what the perception is. That thing you think makes you special? The pursuit of that is what will kill you. Deliveroo isn’t about restaurant food in your home, it’s about the process that gets it to you still hot.

Find your North Star. Pursue it utterly. Anything that gets in the way of that guiding light is a blocker. Without an ego, ask yourself where and how customers and prospects actually experience your brand. Domino’s isn’t about the pizza. Uber isn’t about the ride. In behavioural economics, there’s a heuristic called the ‘Peak End Effect’ – the idea that you only remember the best/worst point of an experience and the end of it. Build your digital empire around that idea. F1 teams got pit stops down from 8-10 seconds to 1-2 seconds. And this is precisely the kind of constant evolution that Marx called for, and Bezos has built. Sure, if you build it, they might not all come. But those that do will stay – and with it, build lifelong value and the kind of retention that won’t just keep a business afloat, but create the kind of growth your potentially digitally blinkered board need. On your Marx, get set…Amazon Go.