The road to success is never straightforward. To make real progress, you should be prepared to make your own opportunities – and to share your triumphs with your colleagues. 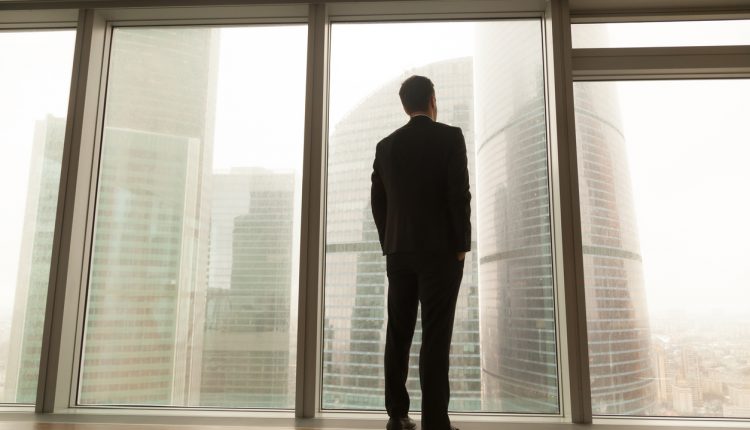 Matt Casey, co-founder of DoThings and author of ‘The Management Delusion: What If We’re Doing it All Wrong’, elaborates on his professional life and the advice he wants to give to ambitious leaders.

When people learn that I left school at 14 years old, almost everyone immediately asks me the same question: ‘How did you end up where you are?” They are usually disappointed by the answer. I think people hope to learn that I was a precocious child-genius frustrated by the bonds of formal education, and that my genius allowed me to break through all the barriers one would imagine are placed between a school dropout and a typical boardroom.

The truth is unfortunately much more mundane, but it’s also much more useful. If I’d just been a genius, then the only advice I could give would be “just be really really clever and people will promote you”. But the truth is that I’m not particularly clever, and in fact the reason I was able to move up the org chart and be placed in charge of teams, departments, and eventually companies, was simply that over an extremely long career (I’d been working for nearly a decade by the time a lot of my peers finished education) I came to understand the mechanisms that are in play at work, and I realised that the way the majority of us approach our careers doesn’t give us the best chance of success.

My career was built through the very boring method of falling down, getting up, then trying something different. Along the way I have learned a few things that I wish I’d known when I set out, so I’d like to share some of those.

The first and most important tip I can give anyone is to forget about fairness. Work will not reward you fairly. Progress isn’t linear, people don’t automatically get what they deserve, and the quality and quantity of your work is only a very small part of the equation. School gives us an expectation that is completely at odds with the working world. There is no mechanism for ensuring your progress is connected to your work outside of school.

Progress isn’t linear, people don’t automatically get what they deserve, and the quality and quantity of your work is only a very small part of the equation.

Doing your work and getting rewarded for your work are separate tasks, and you have to take care of each of them yourself. You have to actively ensure you move through a company by clearly communicating what you want with the people who can enable it, and making sure you understand exactly what you have to do to get it. This cannot be passive. If you sit back and wait for the things you want to be given to you as a reward for good performance, you’ll be waiting a long time. Whatever you want to achieve, make sure the right people know about it. Don’t make demands, just be open and honest about where you want to be heading.

Never ask for a pay rise

My next tip might seem to be an immediate contradiction of my previous one. You should never ask for a pay rise. There’s an implication that you’re complaining when you say you already deserve more money than you are getting. It kind of pits you against your manager, and it creates an immediate problem for them. There’s a much better way. Instead, ask your manager how you can get a pay rise. Say “I would like to earn X by this time next year. Do you think I can achieve that here, and if so could you help me?” There are many reasons why this is so effective, and I explain in more detail here, but the bottom line is that this is as close to a career cheat code as I’ve ever found.

Look after your neighbourhood

A lot of people believe that there’s a certain amount of backstabbing or game playing that are necessary to move up the ladder. Whilst I’m sure lots of people have found moderate success through this method, in my experience the truly successful people are the ones who don’t do this.

Several years ago I was promoted by someone who went on to become one of the best managers I’ve ever had. He didn’t actually know me too well at the time of the promotion as he had only recently joined the company. When I asked why he picked me – there were several other candidates who objectively were all more qualified for the role than I was – he said “Good things always seem to happen in your neighbourhood”. What he meant by that was that he had noticed that the work I was involved with always seemed to go well. He couldn’t see directly what I was doing, but he did know that when I was around things seemed to go well.

In his brilliant book ‘It’s Not How Good You Are, It’s How Good You Want to Be’, Paul Arden says that one of the reasons for his incredible success was that every time he had a competitive advantage over the people who would realistically be vying for the same opportunities as him, he would immediately share it with them. It seems counterintuitive, but looking after his neighbourhood made sure he was part of incredible teams, and that made him constantly improve, and resulted in everyone he worked with respecting him and choosing him for opportunities in the future.

To truly have a great career, ignore the office politics and help everyone around you as much as you possibly can. Make sure good things happen in your neighbourhood, and good things will come your way.

By far the most common mistake I see people make with their careers is waiting for the perfect opportunity. They have a job that they don’t hate. Their boss is all right. They like their coworkers. The salary is okay. It’s not a great job, but it’s good, so they never leave. They’re scared that the next job will be worse, and they don’t want to take that chance.

By far the most common mistake I see people make with their careers is waiting for the perfect opportunity.

It’s vital to understand that the path to the job you want will not be via incremental forward steps. There will be backward and sideways steps along the way, and the closer you get to where you want to be, the scarier the steps will become. Anyone can leave a job they hate to move to one they think they might like, but to get to the top you will at one stage probably have to leave a job you genuinely love and take a chance on something that might end up a disaster. Don’t be afraid to take those chances, and don’t beat yourself up when they don’t work out. Just keep taking steps and you’ll get where you need to be, even if the route is a bit messy. The only way to guarantee failure is to stay where you are, when you know you aren’t where you want to be.