Leadership Styles and Do They Work: Bill Gates’s Flame Mails

Books on leadership often paint an unrealistic picture of the successful manager. He is always slow to criticise and generous with praise, never raises his voice and never dresses an employee down in the presence of others. These ideal entrepreneurs and executives are certainly out there — but just as certainly, they are outnumbered by the vast majority of others who are quite different from the prototype depicted in books and seminars on leadership. 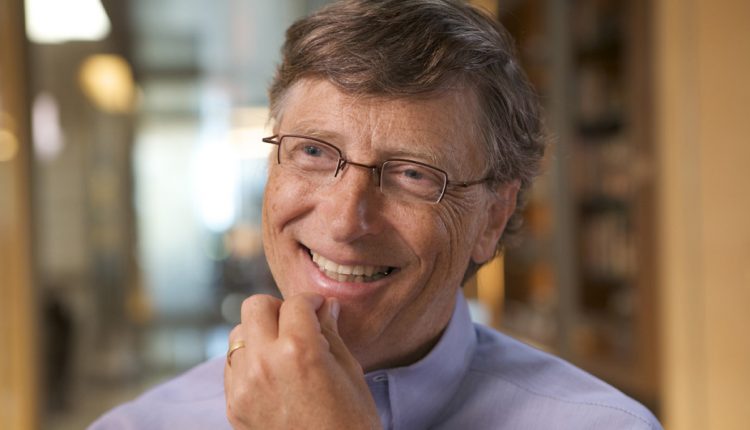 Steve Jobs, for example, was famous for his frequently uncontrollable behaviour and for letting his emotions run wild. He would shout, scream and was unafraid of openly showing his unrestrained enthusiasm — his reactions, whether positive or negative, were always extreme.

We also know that Bill Gates was by no means a “soft” boss. He wasn’t always calm, easy-going or understanding. Gates is one of the most successful entrepreneurs of the 20th century and one of the richest people in the world. He clearly possessed the ability to attract and inspire exceptionally talented employees—otherwise, he wouldn’t have been nearly so successful. But there was another side to Bill Gates, as his biographers James Wallace and Jim Erickson report. In some respects, he is the exact opposite of the executive championed in books on leadership. Gates was notorious for sending emails to his employees in the middle of the night (often, they would still be at work). A typical missive would start: “This is the stupidest piece of code ever written.” His employees referred to them as “flame mails” – they were “blunt and often sarcastic.”

Even before he founded Microsoft, he was well known for his tantrums. When he was working with MITS he would frequently blow his top. The boss of MITS remembers “him coming into my office that first summer and screaming and yelling at the top of his lungs that everyone was stealing his software, and he was never going to make any money, and he wasn’t going to do another thing unless we put him on the payroll.”

Like many bosses, Gates lacked patience, and he would often express his impatience in a way that others found offensive. A former Microsoft manager remembers Gates bursting into his office during his very first week with the company, and shouting: “How can you possibly take this much time working on this contract? Just get it done!”. In discussions, “he wielded his formidable intellect like a blunt instrument. He could be rude and sarcastic, even insulting when he wanted to make a point. … Once the flaw was pinpointed, he would rip the person to shreds.” Gates would often rock back and forth in his chair, staring into space as if his thoughts were elsewhere. “Then suddenly, when he heard something he didn’t like or didn’t agree with, he would stop rocking, sit up straight, and become visibly angry, sometimes throwing his pencil. He often yelled or pounded his fist on the table.”

Like many bosses, Gates lacked patience, and he would often express his impatience in a way that others found offensive.

A Microsoft line manager remembers: “He would browbeat people. Just imposing your intellectual prowess on somebody doesn’t win the battle, and he didn’t know that.” When one of his managers told him he couldn’t simultaneously manage a project and write the code, Gates erupted, slamming his fist on the table and shouting at the top of his voice.

A female employee recalls that aggression was Gates’ default setting. “I’d just wait for him to get finished ranting and raving and when he got tired, we would talk. He would on occasion send me just rabid emails.” To his secretaries, too, he “was often condescending.” His temper “was upsetting to staff workers unfamiliar with his confrontational style.” Another employee recalls that everybody was “always relieved when he was out of town.”

Gates had a strange sense of humour. A visitor to the company remembers: “We were walking out of the building about 8 pm, and a programmer was just signing out for the day. He said: ‘Hey Bill, I’ve been here for 12 hours.’ And Bill looked at him and said: ‘Ahhhhh, working half-days again?’ It was funny, but you could tell Bill was half-serious.”

Although Gates was far from easy to get along with, his employees appreciated the fact that they always knew where they stood with him. One member of his staff says: “A lot of people don’t like their jobs because they don’t get any feedback. There was no problem there. You would know exactly what Bill thought of the work you were doing.”

And of course, the anecdotes about Gates’ notorious temper only tell one side of the story. He knew better than any other entrepreneur how to inspire and motivate his staff to achieve a shared goal. Nobody can get excellent performance from employees only by putting pressure on them. Even though Bill Gates was notorious for his aggressive attitude towards others, he also knew how to encourage his staff by giving them a lot of leeway to develop creatively. The pioneering spirit and inspiring atmosphere at Microsoft attracted many intelligent and ambitious young people to the company.

Rainer Zitelmann is a historian and sociologist. He is the author of the international bestseller Dare to Be Different and Grow Rich. The Secrets of Self-Made People, which has been published in ten languages and is now available in an updated and expanded edition: http://daretobedifferentandgrowrich.com/