With big business growing increasingly decentralised, leaders now have the means to access a greater pool of top-tier talent than ever before. 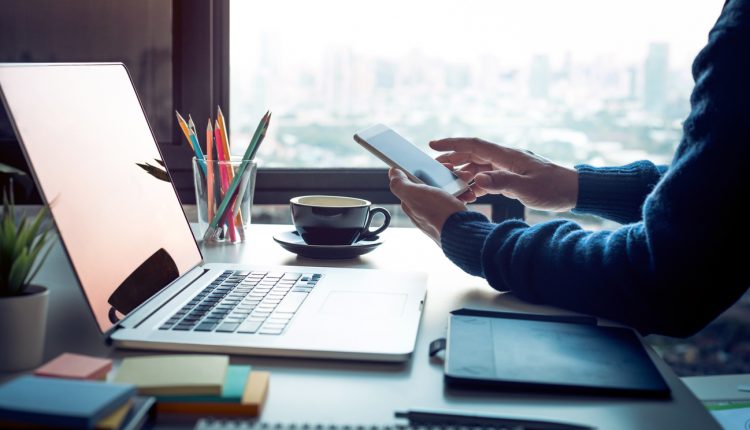 CEO Today hears from Duncan Greenwood, VP & GM NEMEA, EMEA Lead for Diversity & Inclusion at VMware, on how this expanded talent base can be identified and encouraged.

Employees around the world have become accustomed to working in untypical locations, and for many that is at home five days a week. While this somewhat forced working practice has been vital in order to keep businesses running, it is highly unlikely a 100% home working policy is the answer to the future of work for renowned multinational corporations. What is clear is that distributed ‘anywhere’ working – where employees can work from home, the office, a remote office, a café or a combination of all – will become more of a workplace blueprint.

This will undoubtedly benefit existing employees by helping them work where they’re most productive and will likely coincide with an improved work life-balance. However, it will also be important in helping organisations employ individuals that might not have previously been able to apply for certain roles. CEOs now have a major opportunity to capitalise on the opportunity which only a year ago wouldn’t have been possible.

But how will distributed working transform the talent pool?

Think about working parents for example. Gone are the days where you had to juggle the school run and the commute into the office to not miss your morning meeting. A distributed working environment where location is immaterial, and one where management supports flexible working hours, makes it possible for parents to build their own working schedule in the exact locations that suit them, be it their home, their company office or otherwise. Forget weekly flexi rotas, leaving early to pick up your child from day care, and forget judging your productivity based on what you’ve achieved solely between the hours of 9am and 5pm.

CEOs now have a major opportunity to capitalise on the opportunity which only a year ago wouldn’t have been possible.

Distributed and flexible working can alleviate the challenges with balancing work and childcare scheduling as the lack of commute can often mean you’re working closer to where your children go to school. It is now easier than ever for working parents to thrive in the workforce and this flexibility has resulted in 82% of business leaders in EMEA finding it easier to recruit working parents, according to our research.

Without the limitation of ‘the office’ as the panacea, the talent pool has also widened to multiple geographies. The office is no longer confined to a commute’s length and employers now have the ability to recruit from cities to remote villages, way beyond business parks and city centres – something that perhaps wasn’t previously considered because of people’s distance to the office. In fact, more than three quarters of business leaders in Northern Europe now find it easier to recruit those living outside major economic hubs.

Perhaps, we’ll also see multinational corporations better reflect the societies they serve in terms of diversity and inclusion when talent isn’t limited to geography. Two thirds (67%) of decision makers already report that the recruitment of top-tier talent has been made easier by the move towards more remote working, particularly for minority (68%) and disabled candidates (79%).

Transforming the culture away from office “face time”

For those multinational companies that do take advantage of distributed working to diversify their workforce, they must ensure that age-old demands of ‘face time’ are removed to ensure that the ‘out of sight’ aren’t at a professional disadvantage.

How Employers Can Manage The Return To The Office Business in 2021: The DEX Realisation

Location bias, for instance, might occur when an employee lives further away, which make it harder for them to be as physically present in the office. Whereas a colleague who lives just a short commute from the office in the city can come in when they please, catch up with their boss and form strong in-person connections. As a result of the ‘face time’, the colleague close to the office might be favoured for a promotion, since they are front of mind during the decision-making process. The colleague living far away might deliver equally impactful results, but since they are not there, they could be at a disadvantage.

To combat such bias, it’s important for checks and balances to be put in place. Management must clearly signal how they will evaluate employees equally, no matter where they chose to work. Not doing this could create a situation where people feel forced to commute into the office, impacting their wellbeing and increasing stress, especially so for those who have to juggle childcare commitments.

This year has forced rapid and profound change in how and where we work. What was an enforced shift in working practices due to the pandemic can be transformed into a long-term positive for organisations that take advantage of it to open up a greater and more diverse pool of talent.

As business leaders, we want a high performing, engaged and empowered workforce.  The factor that isn’t so important anymore is where employees live, and by putting the right practices in place, we can create an inclusive working environment that works for all those within it.