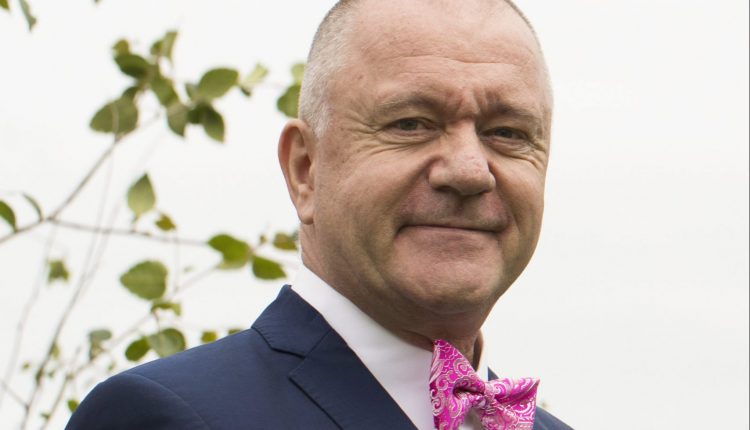 Mark Stevens started in the international insurance business in 1972, working as a trainee broker at the home of Marine insurance – Lloyd’s of London, which boasts a history of over 330 years. After 20 years of commuting from some 40 miles south of London, Mark created an opportunity for himself to move to Kuala Lumpur, where he opened an office for his then-employer. After nearly a decade there, Mark was attracted to Jakarta to head up the office for one of the world’s global brokers and in 2012, he became one of the founders of Coastal Marine; a company which runs two businesses – Coastal Marine Asia Underwriting (HK) Ltd. and SeaQuest Intermediaries (L) Ltd.

After the Board’s strategic decision to establish the head office in Kuala Lumpur, he moved back there in 2014 and became the company’s Managing Director in 2019. Mark tells us all about it below.

What brought you to the insurance field?

My father was born in Liverpool and joined the Provincial Insurance Company aged 16. He later moved to London when he was 26 to become the Claims Adjuster for their Marine Account, a role he held for the next 34 years! He only ever had one employer which is not something the youngsters of today could every understand.

I was a typical boy in my teens – only interested in football, rugby, cricket and golf and had no idea what I wanted to do. So, one day my father sat me down and we talked about what I was going to do with my life. Like many boys, I would really have liked to be a professional sportsman, which in my case would have been a cricketer, but the gap between being a good amateur and an average professional is huge, so that was not going to be a solution! I explained to my father that the three most important things for me would be – not sitting at a desk, travelling, and making enough money to cover my expenses and one day start a family. He then explained that a marine insurance broker would fulfil those expectations and of course I had a very rough idea of what that involved as my father often talked about his work. So I interviewed in London with a small firm specialising in Greek shipping, where I stayed for 12 years rising to Junior Partner level, before being tempted away to head up a new division for Citicorp, who had ambitions at that time in the insurance field (which ultimately led to nothing!). I later worked for the mighty Sedgwick Energy, and then a small boutique marine broker, before departing London for Kuala Lumpur.

My two daughters went to the British School in Kuala Lumpur in their formative years before completing their O levels and A levels at boarding school in England. I have always thought that their time in Kuala Lumpur was a wonderful education for life because no matter what race or creed the children were, to my two daughters they were just people. It’s only later in life that we become more judgmental!

In what ways have the insurance needs of shipowners changed over the past 12 months?

I don’t think the needs of shipowners have changed much in the last 12 months or indeed, the last 12 years or even 100 years, as the risks they face remain the same.

Much depends of course whether you are talking about a US$1m fishing vessel or a US$100m supertanker, but essentially, the risks that need to be covered are the Hull and Machinery of the vessel, the injury and medical needs of the crew, the risks of collision with another vessel at sea, or with a jetty, pier or wharf in a port, the shipowner’s liability to the owner of the cargo he is carrying (if any) and the biggest liability of all, especially of tankers – pollution!

The broker’s role is to advise his client as to the most cost-effective programme available, without compromising on the coverage. “You get what you pay for”, could not be truer than in the insurance business. If someone is offering cut-price insurance, there has to be a reason, as the law of large numbers and the law of averages does not lie and at some point, anyone offering cut-price deals will suffer losses, and possibly then slow down or stop paying claims, or even go out of business.

How has the COVID-19 pandemic affected Coastal Marine Asia Holdings? How have you responded to the challenges it’s presented you with?

Those of us lucky enough to be in the insurance business have coped very well. Yes, of course, there has been an inconvenience, but we have not faced the decimation of our businesses in the way that the hospitality sector for example has suffered.

Working from home has been the modus operandi for the whole industry, from London, New York, Hong Kong, Singapore to Kuala Lumpur. Meetings are held using Skype, Teams or Zoom and files are exchanged via email.

We have been very lucky, with our staff adapting quickly and accepting the challenge and the need for change.

What have been some of the lessons this year has taught you?

What we have learned is that productivity has in fact increased, particularly in the case of the staff who have long distances to travel, particularly over two hours per day; this has resulted in perhaps an additional hour of work being done. The pandemic has also taught us that attendance at the office five days a week is probably not essential – yes, meetings are important, and interaction with colleagues is too, but there’s no need for everyone to be in the office five days per week.

Additionally, I understand that some of the larger firms in London have noticed a material drop in the time being taken for sickness, which is a clear demonstration of the stresses and strains of daily travel.

Working from home has necessitated purchasing laptops and printers for each staff member, but this has been a small price to pay in order to maintain our business and our service standards.

Meeting people, and particularly old friends! My role requires a lot of travel as we have business in South America, Europe, the Middle East, as well as in Asia. I also have family both in the UK and Australia, so this year has been a real challenge and whilst video calls are a good substitute, they do not replace face-to-face contact.

I also love dining out and can only hope and pray that my favourite restaurants find a way to survive – more than anyone I feel sorry for restaurant and bar owners.

What are your ultimate goals for Coastal Marine Asia Holdings?

The mission of Coastal Marine is to be a one-stop-shop for the owners and operators of small vessels, and it’s something that we do very well. This includes fishing vessels, tugs, barges, landing craft, bunker tankers, dry cargo vessels and small inter-island passenger vessels.

However, the arrangement of the insurances for larger vessels requires the support of more than one insurer, due to the values involved which are regularly over US$100m and we are one of the companies subscribing to these large programmes, but with a much lower market profile.

We currently enjoy a high profile in the Asian market, which is where our business first started, but in 2019, the Board took the decision to expand our horizons and this is now work in progress. My ultimate goal for Coastal Marine is to enjoy the same profile that we currently enjoy in the Hong Kong and Singapore markets – globally!

What Do Einstein, Madonna and Kim Kardashian All Have in Common?

The Future of Luxury