The Psychology Behind ‘Groupthink’ and How to Avoid It

Groupthink is a leadership phenomenon that can paralyse executive management. With multinational companies and banks regularly falling victim, businesses must teach their staff to recognise and eliminate idea-resistant culture. 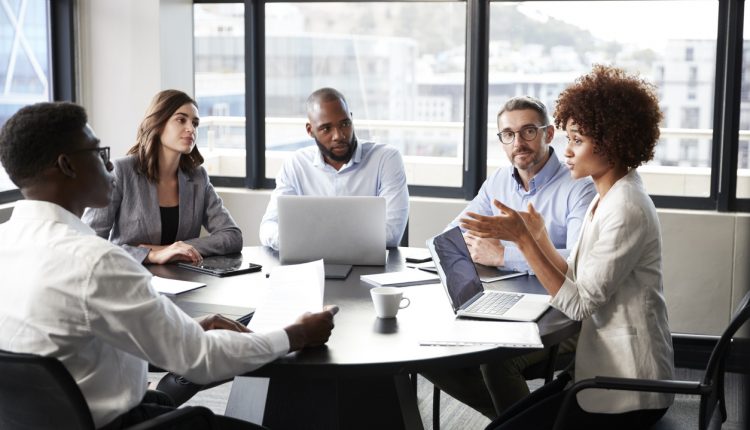 Dr Guy Lubitsh and Dr Tami Lubitsh-White, authors of ‘Connect: Resolve Conflict, Improve Communication, Strengthen Relationships‘, dive into the phenomenon of groupthink and how it can be beaten.

Irving Janis (1982) coined the term ‘groupthink’ to explain how the pressure to avoid conflict and join a collective defence mechanism of denial causes people to ignore crucial information. When the Space Shuttle Challenger accident happened over thirty years ago, we were reminded of the power of groupthink; although the engineers at NASA were aware that the shuttle would explode, they did not feel able to convey the message to senior management. After putting a man on the moon, senior executives were blighted by arrogance and groupthink. This prevented critical information from being taken on board, resulting in a grave accident.

Despite such catastrophic consequences, organisations have not learned from historic failings such as these and groupthink is still thriving in many companies. Commentators suggest that continuing lack of adaptability stems from the culture set by senior management. Senior managers who require conformity of view and resist challenge or input from others perpetuate groupthink, to the detriment of their company and often their reputation.

When Fred Goodwin initiated a merger between the Royal Bank of Scotland (RBS) and ABN AMRO, he neglected to take into consideration the need to connect and consult with his own senior management team. Under his leadership, the organisational culture became one of greed and fear. Top executives reported how they were encouraged to forge the signatures of key customers. In response to any dissent, Fred Goodwin would react aggressively and often make redundancies. The atmosphere in the bank was toxic. Consequently, senior leaders were frightened to challenge the CEO. This resulted in the worst merger in corporate history, the loss of billions, and numerous lawsuits. Fred Goodwin was stripped of his knighthood and will go down in history with the unflattering nickname ‘Fred the Shred’.

Senior managers who require conformity of view and resist challenge or input from others perpetuate groupthink, to the detriment of their company and often their reputation.

During my time spent working with the board of a major health organisation, I observed that the key staff complaint was that the executive team pushed multiple initiatives without taking into account the impact on front line staff. Staff felt that issues such as workload, change fatigue, available resources and the impact on internal relationships were ignored. Through conversations with the board, it emerged that the majority of the influential board members shared a preference for analytical thinking and determination for results. They were not aware of the ‘shadow side’ of their approach when they got caught up in the drive for outcome. The minority of board members who were more in tune with staff feelings and the importance of morale for effective performance, were too scared to challenge the dominant view and be seen as ‘weak’. One of the executives said: “We as senior management communicate from the ‘head’ and should have included the views of colleagues who think with their ‘heart’.”

I have experienced similar problems in other organisations, most recently a large international charity that has faced significant changes to their business model due to downturn of revenue. The CEO and key executives spent time arguing with each other, blaming external stakeholders, debating the longevity of the difficulty. A small minority of board members wanted to suggest new streams of revenue and ways to re-invent the business model. These ideas, that did not align with the attitudes of the majority, were completely ignored, eventually resulting in loss of performance and mass redundancies.

It is undeniable that groupthink remains a stumbling block for many organisations. So, it is important that senior executives make efforts to avoid it by taking note of the following advice: