Why Do We Keep Buying the Newest iPhone?

We’ve reached that point of the year where Apple has made its annual unveiling of their brand new iPhone – iPhone 12. 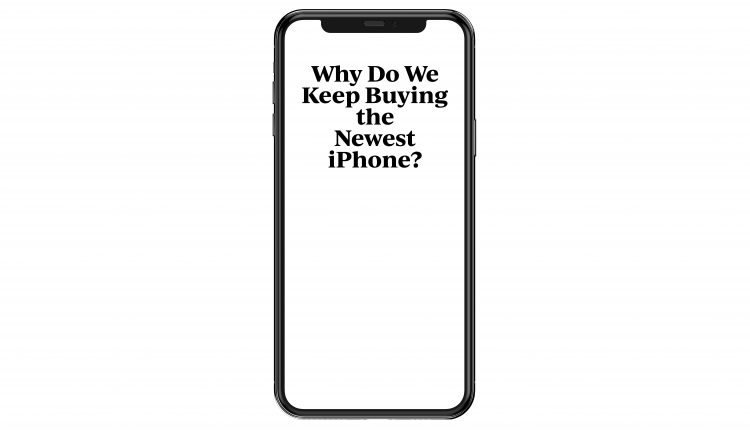 A slightly changed look, which takes inspiration from iPhone 5, a slightly improved camera, a smaller box which is supposed to keep in line with the company’s strategy to reduce its footprint, no earphones, no charger, a list of new features few people care about and of course – 5G. Do we need this new version of the iPhone? Probably not, if the one we bought last year or even the year before is still functioning perfectly. Are we going to buy it anyway? Probably yes.

In 2020, on average, the ‘update cycle’ for smartphones (not just iPhones) is around 2 years. And despite the controversies surrounding the intentional ‘slowing down’ of iPhones through older batteries, for which Apple CEO Tim Cook has apologised, as well as the ‘slowing down’ effect that new iOS updates can have on older iPhone models, many people would buy the most recent phone without even reaching the point where their device starts acting up. It’s like as soon as we know that there’s a new version of the iPhone, we all need to have it immediately. How has the company managed to build this obsession with its best-selling product?

Whether you’re an ‘Android person’ or an ‘iOS person’, you’d agree that the iPhone is the most unique smartphone on the market. And that’s not because of its unique functionality or because of its unique design. It’s because, despite some hiccups here and there, Apple has played its cards perfectly – and it has been doing it for years! Even before launching the first iPhone in 2007, the company had already gained an army of Apple supporters using Apple’s iPod – the mp3 player which revolutionised the way we listen to music -, and of course, Apple’s Macs. All those people, and many more, were then attracted to the iPhone, thanks to the company’s faultless marketing strategy. Cue cool, trendy, laid-back adverts of young people using beautifully designed smartphones which seem to make every part of their lives a little bit easier. This is what we all want from a smartphone, isn’t it? As part of their marketing plan, Apple has also been giving free products to movie and TV productions to boost its recognisability and it’s also been offering discounts for educational purposes to schools and universities, which has exposed their staff members and students to Apple’s devices.

Over the years, the tech giant has also managed to create an ecosystem that is almost unbeatable. With its range of products, including a smartphone, a computer, a tablet, a smartwatch and wireless earphones, users get more and more entrenched into the Apple ecosystem the more products they buy. The straightforward experience when switching between devices paired with the sheer ease of using iOS devices only creates a circle of Apple users who buy and cherish everything the company makes – including services like Apple TV and Apple Music. It’s not uncommon for people to become so used to using Apple products only that they wouldn’t care if another manufacturer releases a better smartwatch for example – because to them, it wouldn’t make sense to have a smartwatch that is not part of the perfect ecosystem all of their other devices belong to and could even, in some cases, not work when paired with them.

And what about the experience that going to your local Apple Store can be and the feeling that the device you hold in your hand means you’re in one way or another part of this Silicon Valley-esque space where tech and cool people have created a perfect symbiosis?

And what about the experience that going to your local Apple Store can be and the feeling that the device you hold in your hand means you’re in one way or another part of this Silicon Valley-esque space where tech and cool people have created a perfect symbiosis? Or the fact that programs like Apple’s iMessage create separation between iPhone users and their peers who use Android-powered devices? What to most people is just a simple ‘text’ that shows in a green text bubble, to iPhone users is an iMessage, which shows in a special blue text bubble. Imagine being the only person in a group of friends who doesn’t have an iPhone and can’t be part of the iMessage group chat?

A lot of people would argue that for years now, owning an iPhone has been and still is all about social status. Considering how glued to our phones we have been in recent years, and the fact we can do virtually everything on and with them – from replying to work emails, through to paying in shops (and everything in-between) -, spending money on the ‘nicest’ phone out there could be justifiable. And that’s not to say that iPhone is the nicest phone out there, however, it is certainly the most expensive smartphone on the market – yet, it’s still affordable for most people in the western world. The lack of a more expensive option could suggest that both billionaires and ‘normal’ people use iPhones. One may never be able to afford the car that Jeff Bezos drives for example but knowing that you own the same smartphone as the richest man on the planet is kind of cool and in today’s materialistic world, would make a lot of people feel good about themselves. Whether Steve Jobs planned on it or not, this is the feeling that owning an iPhone evokes in millions of people across the globe. 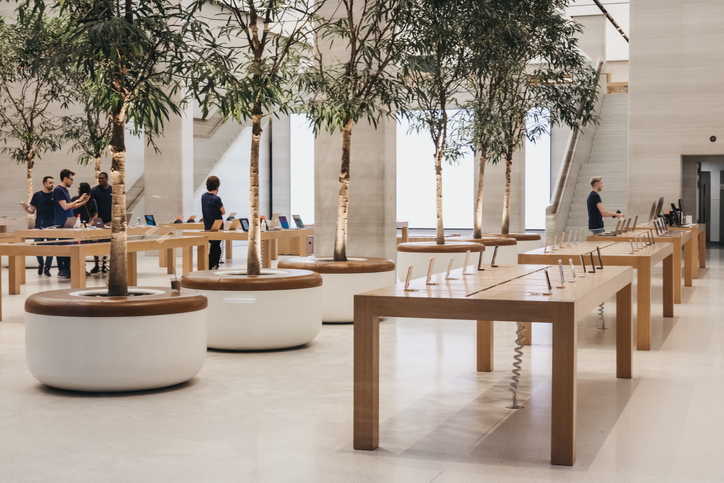 What’s more, many people who are concerned with their image and the way they are perceived by other people, tend to believe – be it consciously or subconsciously – that being seen with an iPhone during their morning commute on the subway or whilst having lunch in a restaurant could make them look like they belong to a particular social class (even if they don’t) in the eyes of strangers who don’t know anything about them. And let’s be honest here, who can say that they’ve never wanted to look or sound more important/popular/rich than they actually are?

Whether it’s because of its beautiful and clean design or amazing camera, or because you’re used to having an iPhone, or because Kylie Jenner has one, people keep wanting the newest iPhone. Time will tell if iPhone 12 will be as successful as all older models have been, but we’d all agree history has shown that buying the latest iPhone has never been solely because of its new screen only, or because your old phone broke. Being an ‘iPhone owner’ has always been about more than that, and Apple, the world’s most valuable company (currently standing at $2 trillion, despite the global pandemic), has worked hard to ensure this is the case.