The Tech Trends that Will Impact Business in 2021

Kevin Dewald is a technology entrepreneur from Argentina with a career involved in Human-Computer Interaction and the Internet of Things. His academic background is in Electronics Engineering and Strategic and Technological Direction. Some of his past experiences include co-founding Nerve Wearables - a startup with a mission to enable people to communicate with technology using gestures, and Spectro - a company providing analytics of physical spaces to brick-and-mortar retailers. 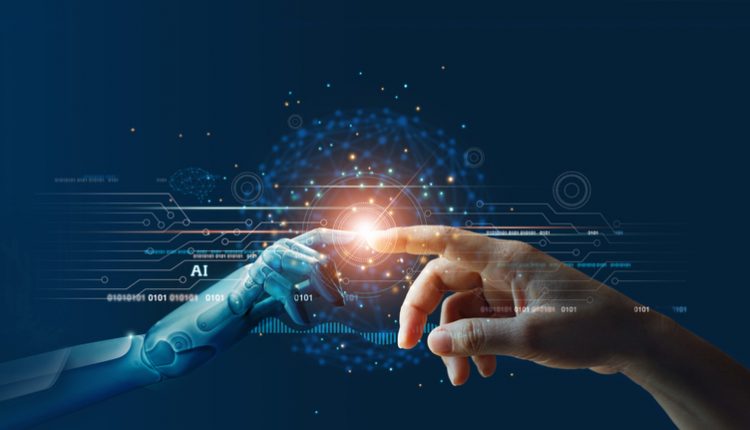 At present, Kevin collaborates as a Global Entrepreneur in Residence at the Venture Development Centre within the University of Massachusetts, Boston, where he offers mentoring and guidance for other entrepreneurs. He also provides business and product advice to help technology startups with their go-to-market strategy.

How would you describe the evolution of the human-computer interface domain in recent years?

I had the great pleasure of being part of the research and development of wearable devices when the industry had not yet reached its first peak of popularity. Before big brands jumped on the opportunity, we saw lots of companies and projects come to life and explore a whole range of concepts for a closer integration of ourselves with the digital world. It was also a time when technology had just reached a point where these solutions could actually be prototyped at scale, which combined with an influx of cash from eager investors and crowdfunding campaigns made it seem like a revolution was just around the corner.

Due to a strong shift towards working remotely, I am sure that anything that collaborates in making that experience more comfortable and productive will have a great chance of success.

Most of those early promising ideas did not reach wide adoption, mainly due to a lack of proper product-market fit. Some ended up being overly complicated or depended on technology not mature enough for the promoted use case. No matter how innovative a solution, market forces will always dictate the outcome: in order to succeed commercially, the value provided needs to match or exceed what users pay for it, because otherwise there will not be a profit to be made once the hype fades. Unfortunately, too many entrepreneurs didn’t follow this basic principle, which forced them to hurry early prototypes into mass production and boast exaggerated claims without much to back them up.

Besides a few exceptions of companies that introduced previously non-existing products, most players in the consumer electronics industry took a more conservative approach. Simply put, they decided to gradually apply these new technologies to a common object in everybody’s possession, thus creating the smartwatch. However, instead of attempting something new, these devices were engineered as being a smaller version of a smartphone, with only a handful of specialised features around health monitoring but the same cumbersome control as there was five years ago.

What kind of impact to current practices do you think this adoption will have?

I feel a lot of enthusiasm for the state of maturity that a lot of technologies related to gesture control have reached, as well as the public being much more familiarised with the concept. This has sparked a new wave of ideas that has been fuelled by the expansion of voice assistants as well as virtual and augmented reality solutions. For the first time we have managed to seamlessly bridge the gap between the physical and digital world in a way that is accessible for mass markets.

Furthermore, the manufacturing industry has also started to take note of the advantages that can be leveraged by these kinds of solutions. For example, being able to operate equipment or machinery hands-free can help optimise processes and increase safety, by allowing a single person to interact with the environment in a way that would have required multiple individuals in a traditional setting. Corporate scenarios are still an unexplored domain in which adoption of innovation has been sparse and real value of gesture-enabled interfaces needs to be proven. However, due to a strong shift towards working remotely, I am sure that anything that collaborates in making that experience more comfortable and productive will have a great chance of success.

In your opinion, what are the main trends in technology that will affect business in 2021?

Without a doubt, I expect that the biggest factor influencing technology trends in business for upcoming years will be a consequence of our response to the COVID-19 pandemic. The quick transition to working from home that so many big and small companies had to go through showed how much there is still to be done in terms of improving our capacity to work and communicate online.

Current platforms barely differ in functionality when compared with the ones that were available ten years ago, even when the underlying telecommunications infrastructure has grown and improved noticeably during that same timespan. Existing products have been designed with a narrow perspective around the challenge of online communication, without proper consideration of the aspects required to make such an information exchange equally productive to an offline interaction.

In that sense, I do have high expectations for the next generation of office tools currently under development, considering the abundance of fertile ground for opportunities to disrupt existing paradigms in this field. Artificial intelligence will clearly play an important role as well, acting as the enabler and accelerator of business-specific applications such as intelligent virtual assistants, and facilitating a level of automation that will increase productivity and lower costs.

I do have high expectations for the next generation of office tools currently under development, considering the abundance of fertile ground for opportunities to disrupt existing paradigms in this field.

What excites you about the latest innovations reaching the market?

In recent years I started noticing a shift in focus of the most prominent technological advances. That has led me to believe that we are leaving behind the Information Age towards a renewed focus on manufacturing technologies that could be a sign of another industrial revolution. This goes beyond the concept of Industry 4.0, it is more than merely the logical modernisation process of production facilities to measure and manage their operations digitally. We are seeing the rebirth of classical industries under the same paradigms that led to the massive growth of software companies in the early 2000s. Those same concepts have permeated to industries such as aerospace, automotive, renewable energies and even retail, allowing for new players to break the status quo and drive us further into the future.

Interestingly, I have found the opposite tendency to be true as well. One example of this stems from the increasing number of companies developing products enabled by artificial intelligence, some of which are designed for critical scenarios such as medical diagnosis or self-driving vehicles. Due to the inherent risk associated with any of these practices, there is a latent opportunity for the insurance sector to step up their game and offer new types of insurance liability products, helping create and enforce industry standards that will ultimately push the field forward. There is clearly an opening for traditional companies to share their expertise and know-how for incumbent players that can be highly profitable for all parties involved.

All in all, I feel quite optimistic about the latest technology developments and achievements that are making their way into mass markets, as well as the impact they will have in improving the efficiency of our business practices.

Hybrid Work and the Productivity Challenge

Digital Transformation in Medical Device Industry: The Future is Here