Why It Is Important for Business Leaders to Admit Ignorance

It is never bad to admit when you don’t know something. Holding your hands up to say “I am not best suited to advise on this,” or “I need more information before I can take a view,” is far better than trying to fashion something quickly, and then failing people in the process or worse, accidentally causing offence to many. 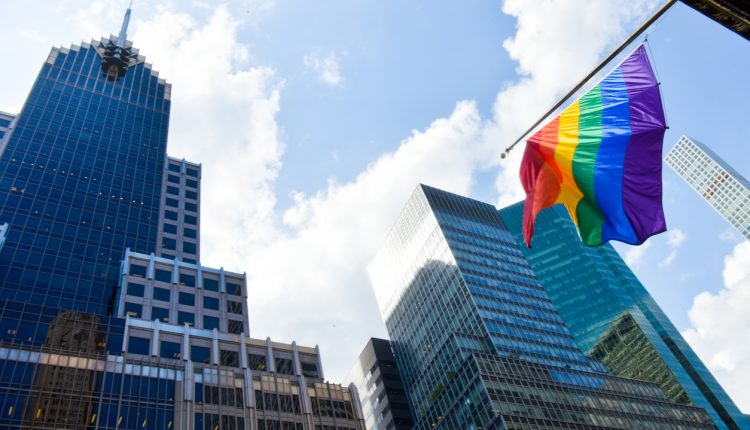 Steve Wardlaw, founder and chairman of Emerald Life, explains how admitting ignorance can help business leaders to move the needle on diversity and inclusion.

It’s true that many people are baffled by the increasing dictionary of terms and acronyms that have long been used to recast oppressive language as we seek to give marginalised groups a voice and a seat at the table. We see that very frustration and anger played out today around debates relating to racism catalysed by a now mobilised Black Lives Matter movement, and certainly in debates surrounding transgender issues relating to J.K Rowling’s recent comments.

Social media and open comment forums seemingly indicate a huge swathe of people angered by the current moves to highlight inequality, and these people often see such moves as an attempt to ‘entrap’ the innocent with snowflake type reactions to ‘innocent mistakes’. But often of course, these mistakes aren’t innocent, and the anger stems from those people being called out.

And here’s the thing: if we’re ever going to meaningfully address systemic prejudices on every level, we need to look at the power and damage caused by unhelpful language, and not just let it go.

So what about those more innocent errors? If businesses are going to genuinely honour their pledges for more diversity and inclusion in their organisations, they need to be frank about their ignorance and ask for guidance from those with genuine, lived experiences. In short, businesses must listen to the voices of marginalised people and incorporate them into their business models. This takes time and business leaders and innovators must accept that long-term change does not happen overnight – indeed, should not happen overnight. A quick fix rarely holds long and smacks of tokenism.

If businesses are going to genuinely honour their pledges for more diversity and inclusion in their organisations, they need to be frank about their ignorance and ask for guidance from those with genuine, lived experiences.

As a gay man very much immersed in the LGBT+ scene and an advocate for over 30 years, I initially thought of myself as sensitive to trans issues. Following conversations with trans friends, I realised that their experience deserved an especially nuanced and specialised focus as my own, one that I as a cisman was not able to offer. Being in one part of a minority group may give you empathy, but it doesn’t give you their lived experience.

My own business of providing financial services to some of society’s most discriminated was born out of listening to the LGBT+ community. Following regular conversations with friends across the LGBT+ spectrum as well as my own experience, it became clear that the insurance industry was neglecting the needs of customers who did not fit into the mainstream model. Designed to service the outdated and increasingly uncommon heteronormative family, the insurance sector suited what we call the “Mythical 2.2”: the so-called “average” family with 2.2 kids, 2.2 pets, and 2.2 cars. Just as it is impossible to have 2.2 kids, it is impossible to expect this archaic model to suit the diverse family dynamics across the UK. The LGBT community, women and non-traditional families were left with ill-fitting policies and small but exclusionary blunders, such as the assumption that one’s partner would automatically be of the opposite sex.

We spent two years consulting with our LGBT network, reworking policies meticulously to ensure that all parts of the insurance process – website, policies, call-centre scripts – were exactly right for our community. When the business was launched in 2015, we presented as Your Gay and Lesbian Insurer’. This term might sound outdated but in 2015 we felt we could fully represent the gay and lesbian community because we understood the gay and lesbian experience, but not the bi or trans experience. There is a danger in homogenising experiences of sexuality through acronyms. For example, the lives of white gay men are very different to lesbians of colour, considering the sexist and patriarchal mechanisms of society. Bi invisibility also exists; a subtle yet powerful form of discrimination. Umbrella terms such as LGBT and queer (and as we see below, BAME) can be useful on a macro scale, but the varied experiences within these communities must be dissected to be truly inclusive.

There is a danger in homogenising experiences of sexuality through acronyms.

I realised that our business model had gay and lesbian insights from all angles, but our trans representation was lacking. We wanted to provide a service that did include the trans community, but our board of cisgender employees was not enough. We didn’t understand their experience. Our response was to form the T-Squad: a group of trans advocates with whom we regularly meet to make sure that the trans perspective is represented in every single service offered by the business. The board advises on issues including healthcare coverage during the transition process, delays in access to gender identity clinics, issues relating to travel insurance, and the latest terminology or current trans issues, amongst others. Ranging from PR professionals and insurers to HR specialists, the T-Squad provides a perspective on trans issues directly from the trans community, the only people who understand the trans experience.

Educating ourselves as a business took time, and it is still and always will be a work in progress. After all, long-lasting change doesn’t happen overnight and no one person has the same experience. Following eighteen months of consultations, we finally felt comfortable naming ourselves an “LGBT Insurer”, but our continued re-education hasn’t stopped there. The process of education is not one that you can “complete”, and trans issues evolve daily. Now, in 2020, the T-Squad is an inherent part of our business model and trans voices are deeply embedded into our mechanics but we had to make conscious business decisions which cost money to do so, and also take criticism where members of the trans community feel we have got it wrong, even after the T Squad check. If there is a call from a trans customer with an opinion, then I always make that callback. I think it helps for a trans customer to see how seriously we take this issue.

In many ways, the manner in which we have confronted and dealt with our ignorance over trans issues can be translated to benefit other marginalised groups within businesses. The Black Lives Matter movement which is rightfully receiving much attention at the moment means that many businesses and organisations are looking at ways in which to increase proper and meaningful visibility for people of colour within their businesses and to celebrate racial diversity. Reflecting on the T-Squad, our model of including trans minority voices at a structural level can be incorporated into accommodating people of colour moving forwards.

In many ways, the manner in which we have confronted and dealt with our ignorance over trans issues can be translated to benefit other marginalised groups within businesses.

Like the LGBTQ+ community, the BAME population is far from homogeneous. Too often the differences between this vast and varied group are ignored, lumped together by letters or the term ‘people of colour’. You don’t need to dig too deep within the insurance sector to come across policies which are inherently racist, yet accepted. A prime example of this is critical illness cover. 85% of claims for critical illness policy are for diabetes, strokes and cardiac arrest, which most insurance providers see as suitable for everyone. This ignores specific health issues suffered by ethnic minority groups which might make them more prone to suffering health issues such as these, but which will also be a small percentage of cases.

Businesses need to understand the nuanced relationship between sexuality and race in order to move forward inclusively. The culture of being out and proud differs between ethnicities, meaning that each demographic needs a tailored and sensitive approach. The queer experience differs hugely based on race and culture. While Pride in London (predominantly a white affair) usually sees 1 million people take to the streets of the capital, Black Pride sees only 10,000 in comparison and an organised Muslim Pride is only just emerging. This illustrates the taboos in some BAME cultures around sexuality. An example of this is the cost of HIV testing kits. It costs the Terrance Higgins Trust 90p per HIV testing kit to reach white gay men (the most visible demographic of the LGBTQ+ community). However, to reach black men it costs £18. This is influenced by factors such as homophobia within the black community, the higher proportion of black men who have sex with men but don’t identify as part of the queer community and the lack of grassroots support and infrastructure in underprivileged areas where statistically black people are more likely to die.

The Terrence Higgins Trust realised this issue and set about changing their distribution methodology and messaging to move away from a stereotypical idea of what a person living with HIV looks like. This is an excellent example of an organisation demonstrating a development in policy and methodology to be sensitive to the nuances of race and sexuality.

Rolls-Royce All-Electric Aeroplane Beats Record With Top Speed Of 387.4 MPH How Can Entrepreneurs Lead The Transition To A High-Skilled Economy

Our success with the T-Squad should offer other businesses cause to reflect on their own policies. Through re-education, we all – as business leaders – have an active opportunity to create our own policies which are inclusive and fair. It is only once businesses can see and understand the value of investing in incorporating marginalised voices into their business structures that we will see progress both for BAME communities and LGBT people. This change must be led from the inside out. The trans community offers an example of a community where, much like with BAME communities, voices have been repeatedly ignored and dismissed by systemic discrimination. Businesses who fail to address these inequalities within their industries will fail to succeed.

There is no singular need for LGBT people, much like there is no singular need for the BAME community. The acronyms need to be deconstructed if we are to truly diversify the financial services. The first step is always to listen. Listen actively, receptively and constructively to the voices of marginalised people and admit when you don’t know something – that can be very empowering. It takes a long time and will require significant change to the structure of businesses and board rooms. Yet, this is the only way to truly represent the diverse world around us and encompass a variety of experiences moving forward.