The Companies Thriving Amid the Pandemic

“In the midst of chaos, there is also opportunity.” -Sun-Tzu 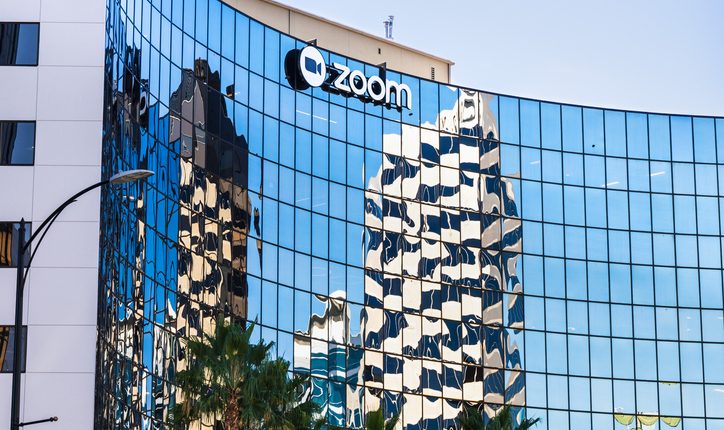 There hasn’t been a more chaotic time, on a global scale, than the past six months, as we all adapted to life in a pandemic. But, with this chaos has come opportunity and while thousands of businesses have suffered in the crisis, there are some, both big and small, that have grown, pivoted, developed and excelled in this time of uncertainty. It probably goes without saying that if you’re selling anti-bacterial handwash, PPE, toilet roll or paracetamol, then the pandemic has brought you unexpected benefits. However, who else has not just survived, but thrived during the pandemic?

What would we have done without our online entertainment platforms like Netflix and Amazon Prime? While Tiger King surely helped Netflix’s download numbers it was the fact we were stuck indoors for weeks on end that increased our love for TV! Netflix added nearly 16 million new subscribers during the first quarter of 2020 – that is nearly double the number of new sign-ups it saw in the final months of 2019.

Netflix has been giving back though. In March, they unveiled a $100 million fund for creatives whose jobs had been affected by the coronavirus. Netflix’s Chief Content Officer Ted Sarandon said in a statement that: “These include electricians, carpenters and drivers, many of whom are paid hourly wages and work on a project-to-project basis. This community has supported Netflix through the good times, and we want to help them through these hard times, especially while governments are still figuring out what economic support they will provide.”

Part of this donation included a £1m donation to a new emergency relief fund set up by the British Film Institute (BFI) to help the creative community which has been devastated by the pandemic.

Amazon is just one of the many online retailers which have done well during the pandemic. Of course, with no one able to hit the high street, Amazon has been the place to turn to. The company experienced a huge boost to its stock price – almost $1,000 higher than it was a few months before. They also had to hire 100,000 new staff to deal with the surge in demand while The Guardian revealed in mid-April that Founder, Jeff Bezos, had grown his fortune by a further $24bn!

As we were all working from home, setting up a Zoom call (not only for work meetings but also pub quizzes and catch-ups with friends) became the new normal. Zoom had a huge number of downloads during the pandemic, surpassing previous industry front runners, Cisco and GoToWebinar. They reported a 50% surge in daily users in April. Microsoft Teams and Skype also proved popular while TechCrunch revealed that smaller players such as Friday, FreeConferenceCall, Brandlive and LogMeIn did well.

The crisis has also led one company, working in immersive technology, to completely rethink online conferencing using gaming technology. Imagin3D has partnered with Sparq (Saville Group) to create a new virtual conferencing platform to help resuscitate the events industry. Their new product is due to launch soon.

Tesla has been one of the winners of the pandemic. According to the Financial Times, Chief Executive Elon Musk is promising to: “Upend the entire model of car ownership with fleets of self-driving robotaxis that would charge by the mile.” Exciting times indeed.

Earlier in July, they revealed they were able to deliver 90,650 vehicles during the last quarter, despite its Fremont, California factory being partially shut down – that’s 18,650 more than Wall Street analysts apparently predicted!

Tesla has been one of the winners of the pandemic.

According to Waitrose, 25% of Brits said they drank more during lockdown and online wine stores are reaping the rewards. Laithwaites and Winebuyers.com have done particularly well. Ben Revell, Founder of Winebuyers.com told The Daily Telegraph that he saw an increase in sales of 203%, with the average basket price rising during lockdown – being between £100 and £125. Similarly, Laithwaites Wine saw a huge 300% rise in new customers year on year in March and April while they noticed a big spike in sales of Prosecco – up to 117% year on year during April. They also noticed a rise in smaller half-bottle and quarter-bottle sales, presumably to people living alone enjoying it at home over a Zoom call. Company Spokesperson Andrew Stead told the BBC: “We’re seeing a level of sales we would normally associate with Christmas. Our sales at the moment are about double what we would expect for this time of year”.

Fashion websites such as Boohoo and Asos also benefited from the closure of shops. While they’ve experienced the inevitable supply chain issues, they’ve seen a rise in sales of loungewear (hoodies, jogging bottoms) and smart tops as everyone wants to look professional for their Zoom calls. Boohoo saw a year-on-year rise in sales during April while Asos announced in July that they expect profits to hit the top end of market expectations this year as casual and activewear surge in sales. They experienced a 10% year-on-year sales rise to just over £1bn in the year to the end of June, growing their customer base by 6% to 23million during lockdown.

With the closure of gyms, we immediately saw a boom in online fitness classes. Joe Wicks’ daily workout sessions became part of many of our lives whilst Oti Mabuse ran hugely popular dance classes. But it was not just the famous who benefited from the trend, smaller and local trainers benefited too. For example, Jemma’s Health Hub saw a 50% rise in new or returning members and Hampshire’s Amanda Frost sent her yoga and pilates classes online and discovered that, without having to pay her monthly rent, she actually made more money. Exercise equipment companies have also seen a boost. John Lewis said they had seen a “significant uplift” in home gym equipment and other fitness product sales during lockdown, while bike companies, such as Brompton, have also done very well with sales up around 15% already by the end of March.

Toby Clark, from Mintel market research told the BBC that his teams were seeing reports of: “really high sales of home exercise equipment, as people try to compensate for the fact that they now can’t get to the gym”.

The pandemic has meant that fewer and fewer businesses will be accepting cash payments. Research that Amaiz carried out in May revealed that half (50%) of small businesses have either become cashless or plan to as a result of COVID-19 while one in five (18%) were already only accepting card payments. The acceleration of a cashless society, since the pandemic, has been prompted by evidence that the virus lives on cash – along with the huge rise in online shopping.

Paypal was one of the biggest winners, having gained 7.4 million new users in April alone! According to the Financial Times, PayPal also facilitated the transfer of more than $1bn in federal loans as part of the US Small Business Administration’s Paycheck Protection Program.