Stories about Failure & Success: Why the ‘Innovate or Die’ Mindset is Misguided

Innovate or die’: statements to this effect have been commonplace as businesses are urged to embrace new technologies to remain competitive. However, this mindset risks hindering, rather than encouraging, true innovation. 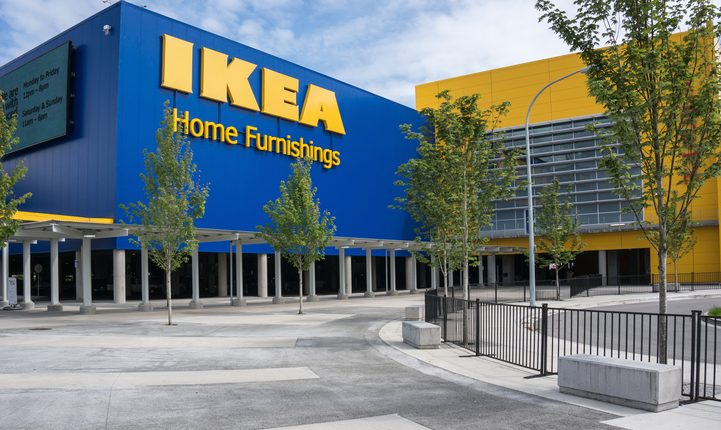 It is true that companies must work hard to stay ahead of the curve; doing so ensures they maintain their relevance, deliver a valued product or service, and grow their customer base. Indeed, some of the most famous cases of companies collapsing have stemmed from a failure to keep up with changing demand (more on this later).

And yet, while it is important to be at the forefront of innovation and adapt to the ever-changing digital landscape, coming from a mindset of fear inhibits creativity. Last year, Studio Graphene surveyed over 750 senior decision-makers to shed a light on what is holding businesses back. 45% of respondents said that their organisation is too risk-averse to embrace new innovative technologies, with this figure jumping to 70% of those in large businesses.

Innovation is important, but it does not happen overnight. Corporates must be willing to take risks and to fail – a notion that necessarily requires a shift in mindset as well as a breaking down of cultural barriers that stand in the way of true innovation. Platitudes such as ‘innovate or die’ foster an attitude that will prevent rather than encourage creative, progressive thinking.

Below, Ritam Gandhi, Founder and Director of Studio Graphene, will offer a few examples of well-known companies who have succeeded or failed to leverage new technology, and what lessons we can learn from them.

And this is not just an issue among large organisations – even micro-businesses can become too comfortable and complacent, relying on doing the same thing the same way they have always done it

Why everyone talks about innovation

Given our growing reliance on smartphones in the age of global lockdowns, it is appropriate to start with what was once the world’s pace-setting mobile phone maker – Nokia.

Once a tech behemoth, Nokia failed to keep up with evolving consumer expectations. Its vision was set on developing superior hardware designs that consumers would love but underestimated the importance of software to the overall user experience. As smartphones, touchscreens and apps rose to prominence, its market-share steadily fell behind that of Apple and Android who by contrast anticipated the global transition to smartphones.

Complacency soon became Nokia’s downfall as consumers became accustomed to constant innovation in the market. Its resistance to stray away from the tried-and-tested formula resulted in the company forfeiting its competitive advantage.

Another timely example – and the focus of much media attention – is the NHS contact tracing app: a story of a failure to quickly create a piece of technology that was fit for purpose. After the app was trialled and downloaded by over 50,000 people, it was eventually scrapped in favour of one based on Google and Apple’s technology.

At its core, Swedish furniture giant IKEA has stayed true to its roots: it still delivers low-cost and easy-to-assemble furniture to its consumer across the world. Yet in recent years it has undergone a digital transformation as it works to retain its attractiveness in the digital age.

The question beckons: what went wrong?

The first problem lies with how NHSX – the technology arm of the NHS – went about building the app. The Bluetooth function on smartphones, on which the app was to rely in order to determine whether users had come into contact with an infected person, was untested technology and its effectiveness was uncertain. When the app was eventually abandoned, a fatal flaw was also revealed: it had failed to detect 96% of contacts with Apple iPhones, although it seemed to work well on Android phones.

The problems faced were also the result of limiting work to existing suppliers, rather than exploring new options at a time when it was of paramount importance to build, test, learn and iterate more quickly than ever. By opting out of working with small and agile domain experts from the offset, the team behind the app lost out on valuable expertise from third parties which could steer them in the right direction. The result was wasted time, effort and money.

These examples, along with the often-cited failures of the likes of Blockbuster and Kodak, are worthy of our attention. While they should not discourage business leaders from being confident in their core offering – this is hugely important – what these stories show us is the importance of remaining abreast of market trends and experimenting with disruptive new technologies to consider how they could revamp or improve a product or service.

Put another way, the likes of Nokia and the failed NHS track and trace app highlight the danger of complacency. And this is not just an issue among large organisations – even micro-businesses can become too comfortable and complacent, relying on doing the same thing the same way they have always done it. This approach leaves any company at risk of being overtaken by competitors and losing customers in the process.

Let us now move on to some success stories; examples of companies who have leveraged new technology and reaped the benefits.

At its core, Swedish furniture giant IKEA has stayed true to its roots: it still delivers low-cost and easy-to-assemble furniture to its consumer across the world. Yet in recent years it has undergone a digital transformation as it works to retain its attractiveness in the digital age.

By acquiring the platform TaskRabbit, which enables consumers to connect with people who can assemble their furniture, IKEA opened its doors to customers who are not keen on DIY. Meanwhile, the IKEA Place app was developed to help shoppers visualise what items of furniture would look like in their respective homes through augmented reality (AR). Digital technologies like these have allowed the company to reach more customers, and better meet their evolving needs and expectations.

PayPal, meanwhile, was on the cusp of losing its dominance when its competitors began to test and adopt emerging new technologies. Yet in-store payments and mobile payment technology quickly came onto the company’s agenda as it took steps to acquire businesses that specialised in these markets; it took the lead from Braintree, for instance, which specialises in online and mobile payments processing for scaling companies such as Uber and Airbnb.

Yet behind such successes often lies a history of failures. Take Amazon, for instance, which has brought relief to millions of people unable to venture out onto the high street during the pandemic. Its evolution from bookstore to superstore offers a lesson in the importance of utilising innovative technologies.

By pushing into the domain of cloud computing services, for instance, Amazon’s Web Services have captured a market shared by major competitors like Microsoft and Google. In addition to selling everything from apparel to eBooks, it now provides on-demand cloud computing platforms and APIs to individuals, companies and governments. With virtual assistants on the rise, Amazon is also the creator of one of the world’s most popular digital assistants – Alexa.

But even Amazon’s journey is littered with technical flops. Amazon Auctions, for instance, was made available as an alternative to listing items on eBay. This function has since been removed, doubtless due to its limited popularity amongst users. Amazon Spark was also rolled out in 2017, in the form of an Instagram-inspired shopping platform whereby customers could browse photo-heavy feeds. This project was shut down in mid-2019.

The lesson here is clear: we must celebrate failure like we celebrate success; after all, even if the failure does not lead directly to success, it is a natural steppingstone along the way.

Do not fear failure

To effectively oversee digital transformation projects, businesses must break free of cultural barriers and understand that failure is part and parcel of innovation.

An inquiring mind and a passion to be better is what leads to true innovation but being told that you are “free to fail” is as daunting as it is liberating. Indeed, it is the fear of failure that holds many corporates back from succeeding when it comes to innovation.

I challenge corporates to realise that, in all likelihood, they are not going to stop existing if they do not innovate. However, they definitely will not reach their full potential, and, over time, they risk losing market share.

Over a third (37%) of big UK companies in Studio Graphene’s aforementioned study revealed that they had tried and failed to implement a new technology in the past year. I wish that failure rate was even higher – after all, trial and error is the way forward, and companies should be having as many failures as possible. It is much better to bear the sunk costs of unsuccessful attempts than to have not tried at all.

But even Amazon’s journey is littered with technical flops. Amazon Auctions, for instance, was made available as an alternative to listing items on eBay. This function has since been removed, doubtless due to its limited popularity amongst users.

Even though failure can be painful, it gives businesses the opportunity to learn what works and what does not. Trying something new might be rewarded, but if not, it will allow business leaders to quickly identify where they went wrong and gain a better understanding of what to avoid or alter in the future to avoid a repeat.

Not only must companies change their mindset, but they must also create structures to fast-track exciting ideas; it is no secret that excessive red tape and bureaucracy makes it difficult to go from ideation to creation. Whether that is by creating a department that is dedicated entirely to testing new ideas or encouraging employees to spend some time developing ideas for how the business can incorporate new technologies, business leaders should be confident that all suggestions that have potential are tried and tested – rather than discarded simply because they would be difficult to investigate.

There is no set blueprint for successful innovation, but business leaders must be ready to fail along the way. After all, the long-term benefits of unearthing a great area for innovation will typically outweigh the odd unsuccessful project.

Upscaling a Business to Operate Overseas