How to L.I.F.T. Your Team in Challenging Times

With workplace culture undergoing a dramatic shift, how can global business leaders push their teams to be productive and creative while also prioritising their health? 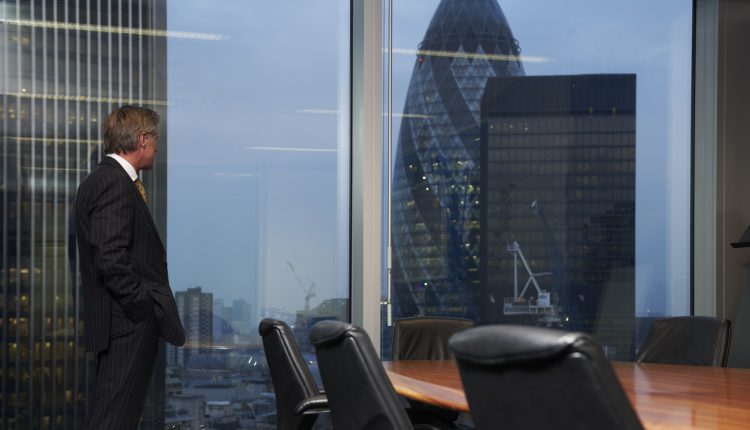 Just after UK prime minister Boris Johnson locked down the British economy, I hosted a ZOOM session for eight C-suite executives. These were people I’d taught, coached and advised in recent years. It was an opportunity to explore the new challenge we all faced. One comment stuck in my mind. A COO from a global technology firm, said: “The biggest challenge I face is fear. The impact of COVID-19 has made many of our people anxious. We have to find a way to lift them, and quickly.”

I know how they felt. As a coach and educator at London Business School, I’ve specialised in helping leaders thrive in a world of accelerating change through developing creative thinking. Suddenly, in early 2020, the shoe was on the other foot. After talking about disruption for many years I was now facing it. First-hand. My old model of jetting around the world to deliver face-to-face sessions and keynotes was no longer viable.

That call with those senior execs catalysed me to create a new virtual session: ‘L.I.F.T Your Team in Challenging Times’. The acronym – Laughter, Ideas, Focus and Threat – offers a practical way to adopt counterintuitive behaviours to reframe the crisis. So far, it’s sparked transformational discussions in industries as diverse as banking, telecoms, engineering, hospitality, education and healthcare.

Human peak performance rises and falls in relation to stress. Think Goldilocks’ preference for porridge. We humans thrive on a stress level that’s ‘just right’. Too little stress leads to disengagement, boredom and dissatisfaction. Too much, and we’re awash with adrenaline. If this persists we get disengaged, then burnt out, then sick. Studies show between 75 and 95% of all visits to the doctor are for stress-related conditions. In the middle there’s a ‘Goldilocks Zone’ which unleashes our best work. Here are four ways to get your people back in the zone during the most turbulent conditions.

Too little stress leads to disengagement, boredom and dissatisfaction. Too much, and we’re awash with adrenaline.

Dave Kelly, the founder of the global design firm IDEO, once observed: “If you go into a culture and there’s a bunch of stiffs going around, I can guarantee they’re not likely to invent anything.” His point? Humour is a serious business when it comes to creatively responding to change. Make a person smile and their brain releases oxytocin, the neurotransmitter which facilitates trust. A person with their sense of humor engaged experiences less stress than someone who’s more serious, even when facing the same challenge. As a result, they’re more productive, creative and collaborative – and the organisation they inhabit more resilient.

Despite the evidence, CEOs often fail to use humour. They reason that ‘serious’ work means laughter isn’t welcome. They couldn’t be more wrong. Leaders that are seen to be influential joke more frequently. In fact, ‘outstanding’ leaders use humour more than twice as often as those perceived to be ‘average’. There’s even a direct correlation between the use of humour and the magnitude of a boss’s pay packet. Take Steve Jobs. The late Apple CEO’s famous product demonstrations had a laugh count which outperformed most professional comedians.

In a crisis, leaders need to ‘communicate, communicate, communicate’. It has been proven that humour encourages people to listen, to understand and take action on your message. Of course, the target of a joke is important. I advise leaders to start with humour where the focus is either their own foibles or a common enemy. Acknowledging the gravity of a situation like COVID-19 with a quip can help bring a team together. This is an ancient instinct. Cultural anthropologists believe the very first laughter occurred just after the shadow of that sabre-toothed tiger had passed the cave entrance and people felt safe again.

It has been proven that humour encourages people to listen, to understand and take action on your message.

Big companies have taken note. Nissan, Nike, Motorola and McDonalds have been sending their senior execs to comedy clubs in recent years to sharpen their communication and lateral thinking skills. Dave Kelly’s designers warm up for creative work by first conducting a rapid “bad ideas” brainstorm. The objective is to list the most bizarre and unworkable answers for the challenge they’re looking at. The most ridiculous solutions provoke a few guffaws which gets the chemistry bubbling.

In a crisis you can’t just plan towards the future, you must re-imagine it. Not surprising, then, that poll after poll of CEOs show creativity rising up the hierarchy of valuable skills. The most powerful day-to-day leadership behaviour to catalyse creativity is to ask great questions. In theory, this should be easy. In practice, it’s difficult. A boss who asks questions reveals they don’t have all the answers. Leaders have to overcome a fear of looking stupid. This is why it’s so crucial they ‘go first’. Their display of audacious humility invites those without power to challenge the status quo. When CEOs ask open questions like: ‘Why do we do it this way?’ What if…?’ and ‘Why Not?’, it unlocks a world of possibilities. I propose a new KPI: ‘Questions-Per-Day’. Each weekend ask yourself: ‘How many questions did I ask this week? What response did I get?’

A second powerful approach is to experiment. Jeff Bezos often cites experimentation as his secret weapon: “Our success at Amazon is a function of how many experiments we do per year, per month, per week, per day.” When the world is difficult to forecast, you have to ask: “What do I do, when I’m not certain what to do?” Experiments are an action-based route to find out. The objective is to question the world, then create a relatively risk-free route to test your assumptions. Experiments make failure survivable because they rapidly establish what works, and what doesn’t. The art is to deploy the smallest possible amount of time, money and effort to learn. Then to change direction depending on the result. This philosophy is summed up by the slogan: ‘Think Big, Start Small, Learn Fast’.

COVID-19 has normalised remote working. The CEO of a major UK organisation told me his firm was in the process of halving their office space. They plan to encourage a third of staff to work remotely. He didn’t anticipate any fall in productivity. This was not a temporary adjustment. It’s permanent. I expect to see other forward-thinking companies making similar moves. As home working increases, so does distraction. Many people, for the first time, will have no externally-imposed structure for their day. No visual cues from fellow workers about what to do next. This means it’s even easier to get side-tracked by social media, news reports, household chores, partners, housemates or kids.

It’s important to encourage ‘focus sprints’ to allow staff to build structure for their most precious resource: time. Psychologists call peak performance a ‘flow’ state. This is when you get so involved in an activity that time flies. You can be up to five times more productive in these engaged periods. As flow is precious, it’s vital not to waste it. Just as sports stars train to run faster for crunch moments, knowledge workers can train to think better when they need to.

Top athletes also know they can achieve better results for the same effort if they train at the right time of day. Research shows there are three cognitive daily performance zones. Zone 1: Peak Performance (high productivity, focus, creativity). Zone 2: The Valley (recovery time). Zone 3: Rebound (lower than peak, but still good enough for fragmented admin tasks such as emails and scheduling). Everyone has these three zones, but in their own personal pattern.

It’s important to encourage ‘focus sprints’ to allow staff to build structure for their most precious resource: time.

The key: find when your own peak performance occurs. By trial and error, I’ve found I’m an early bird. My summit is between around 7am and 10am. As a result, I schedule cognitively challenging tasks (writing, solving problems, designing virtual sessions or keynotes) in the morning because I know I’m most productive and creative early on. I slot less demanding work after lunch or in the late afternoon. Encourage yourself and your employees to find their unique daily rhythm, it’ll hugely boost overall performance.

The first two letters in the L.I.F.T acronym – Laughter and Ideas – help to rebalance away from anxiety towards fun. Focus helps your team to deliver. Taken together, these behaviours will reframe the disruption we face: to see it, not just as a threat, but also as an opportunity. This more nuanced world view leads to a far more creative response. It’s long been a truism in the political world: “Never let a good crisis go to waste”. Using these techniques you can lift your team during the COVID-19 crisis. If you fail to act, productivity and creative-thinking will become the first casualties of fear.

Greg Orme is the author of The Human Edge, How Curiosity and Creativity are Your Superpowers in the Digital Economy (Pearson, 2019) which was named as the Business Book of The Year 2020.