How to be a Good CEO of Your Own Brand 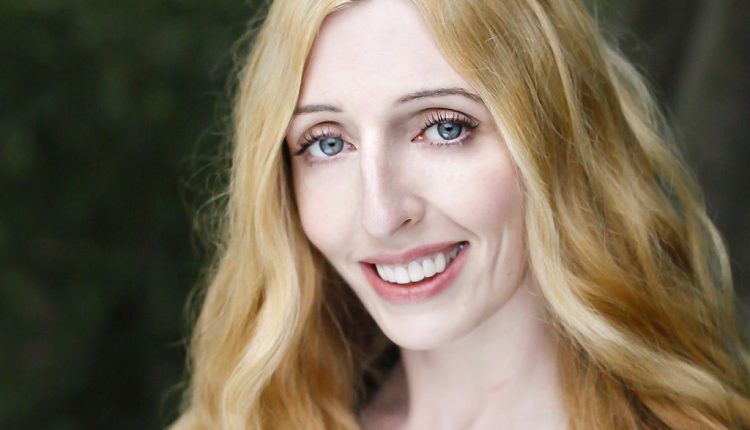 As a self-employed actress and comedian, you’re the ‘CEO’ of your own brand. How do you manage this effectively?

I consider myself to be lucky, as there are a lot of resources available for those in the entertainment industry to seek work and promote themselves. In terms of looking for jobs, there are many websites to sign up to that are designed to help with this, although I prefer to prioritise managing profiles on only a few, as it means I can focus my attention to building a solid reputation on each platform, which ultimately can lead to more work, or at least I have found this to be the case via my personal experiences.

In terms of promoting myself and my projects, I am very active on social media, but again, only on a couple of platforms. I currently only use Facebook and Twitter and have accumulated a reasonably large following on each. I like these sites, as other people can share the links you put out to your work too, therefore reaching a wider audience. I have posted a few bits of content that have gone somewhat ‘viral’, which include a prank video involving Nutella, and most recently, a blog post I wrote about pandas, which was a lovely surprise, as I adore pandas and could talk about them for hours!

I am very lucky that I have built up some close working relationships throughout my career with some become personal friendships also. I often get repeat work, as directors will hire me multiple times, or I will be asked to write for a publication frequently. Word of mouth has always worked in my benefit too, as I have been booked for many shoots, purely off the back of other people I have worked with giving recommendations for me.

What are the challenges that come with being your own boss?

I guess the most obvious would be maintaining financial stability. For example, one month you may earn a substantial amount of money, and the next you may not make even a fraction of that. Generally, the self-employed entertainers that I have met, do not receive any sick pay should they get ill. I had experience of this after surgery in 2018, and I still vividly remember how distressed I became over it!

Another challenge I find is not being able to switch off and have downtime! With a ‘regular’ 9-5 job, generally, you have a specified number of hours in which to work, whereas when you are self-employed, it is very easy to lose track of time, and end up working at all kinds of hours!

In the current environment of increased scrutiny over social media attacks, you’ve had your fair share, haven’t you?

A bizarre and still ongoing situation is an individual online becoming obsessed with myself and various people she seems to believe are associated with me, to the point where she has spent the past seven years creating fake profiles to send really unhinged messages to myself and others. This takes place primarily on social media, in particular on Twitter. She started with making profiles using my photos to send me absurd messages, and then appeared to just lose the plot completely, and has spent the past five years making multiple profiles, to send bizarre tweets to random people that I think I have met once or twice, many years ago. Initially, I responded to her, but I soon realised that there was the possibility of severe mental illness involved somewhere, so I have since disengaged and ceased all contact.

What’s your advice for other actors and self-employed people who manage themselves?

Be prepared to work hard, and for long hours! Being self-employed can offer incredible and seemingly unlimited freedom, but also there is a lot to consider before you make the decision to pursue this route.
My advice to other actors? Keep going!

Tell us about the charity work you do?

I work alongside the domestic abuse charity Refuge UK, as a media spokesperson. This involves giving interviews and presentations to media outlets, such as magazines and newspapers, and I’m also part of research projects. I was recently involved in a presentation with the Co-Op Bank, about the effect economical abuse can have on victims, i.e. bad credit score, restricted bank accounts, and debt. Refuge also run the 24-hour National Domestic Violence Helpline, which one day, when I am fully healed from my own abuse experiences, would like to train to become an operator for.

I have recently begun volunteering at Vauxhall City Farm – an amazing independent charity, and wonderful people to work with! For the previous seven years, I had never really had a sense of normality’, i.e. I had rarely spent time around non-entertainment industry-based people, in a calm and peaceful environment. The last time I was at the farm, I assisted some disabled children in a horse-riding lesson, which made me feel a form of happiness and fulfilment that I don’t think I have ever experienced before! I very much hope I can help with these lessons again as we move back out of lockdown.

What are your future goals?

To hopefully continue the frequent working streak I am currently fortunate enough to be on, and to further develop myself as an actor and brand! I have also recently taken up professional wrestling training, which is something I have been wanting to do for a few years but never had the confidence to. I am still very new to the industry, but I have been told I am doing extremely well for such a short space of time, which is such an amazingly motivating thing for me to hear! I would love to become successful on the British wrestling scene (with the American scene as the ultimate goal), and prove that anyone can break boundaries, to achieve whatever they set their mind to, regardless of their past, background, experience etc.! I am very confident that the future will be bright for me.

MagazineWomen In Business
By CEO Today On Jul 31, 2020
Emma BryantCEO of your own brand
Share FacebookTwitterGoogle+EmailPinterestLinkedinTumblr

The Emerging Megacities of the Future