4 Things CEOs Can Do Right Now to Start Tackling Racism

In large companies, issues of unconscious bias and racial prejudice often go overlooked. No organisation is immune from this; business leaders must take an active role in ensuring the equitable treatment of every employee. 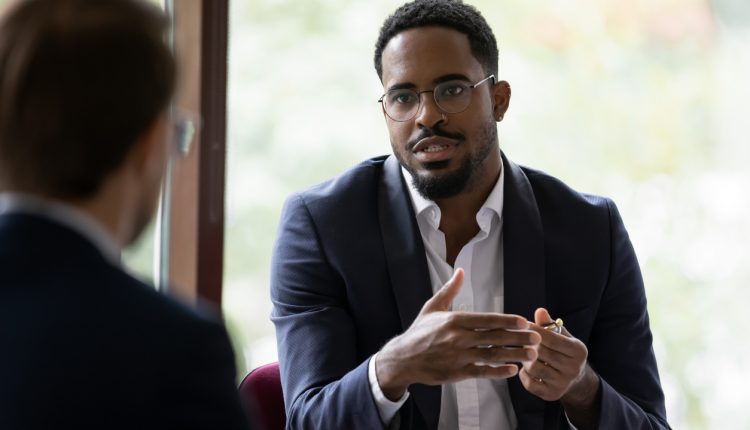 To understand racism, you must first take time to listen to those who have been discriminated against and not just assume all is fine in your organisation. The Diversity Project  a cross-company initiative championing a more inclusive culture within the savings and investment profession, has proposed four areas to address the chronic under-representation of black talent in the asset management industry. Their advice is effective across all sectors; CEOs operating both within and outside of the industry will benefit from taking on these needed changes.

Below, Steve Butler, chief executive of Punter Southall Aspire and author of ‘The Midlife Review: A guide to work, wealth and wellbeing‘, outlines the four areas of improvement along with the lived experience of black individuals in the corporate world.

The socio-economic situation in which many UK-born black people find themselves is very different from most CEOs. UK Black-Caribbean and Black-African individuals experience higher rates of unemployment and are more likely to become victims of crime.

Lived experience: ‘I grew up on council estates in Tottenham with my mum and my sister. My father left us when we were very young. As a black male growing up in Tottenham, the two main routes to get out of that situation were sport and music.  It was also a very Alpha Male culture for very understandable reasons and there was a lot of violence and fighting where I grew up. Until you come out of that and see the way other people live, you don’t realise that this is not normal.’

As part of your CSR policy consider supporting deprived schools to help equip the children with the knowledge, connections and aspiration to enter your industry.

The Challenge of Making CSR Work Across Large Organisations

Should these individuals achieve a good education, they remain less likely to be successful in securing their preferred roles; they are either not attracted to asset management due to its perceived lack of diversity or in many cases are simply not aware.

Lived experience: ‘When I was studying I worked in Sainsbury’s stacking shelves for five or six years to get myself through university, and when I got to interviewing with some of the banks, they would say, Well you’re really bright and articulate – why they said I was articulate I’ve no idea… and I still hear that now by the way. But compared with the other graduates you’re not really rounded because you didn’t build wells in Africa, or do the Duke of Edinburgh’s Award, so thanks but no thanks. And I had that many times.’

Review the racial bias in your recruitment process. See ACAS for guidance.

When these black individuals do break into the industry, they typically end up in support functions, have higher rates of attrition and rarely progress to leadership or revenue-generating positions.

Lived experience: ‘The reality is that I still often feel like a guest in the industry, and this has been borne out by my peers, so I have to watch out for what I say, how I say it, what I ask for, how I have discussions, my demeanour. An example is that because I don’t come from the same background; I didn’t go to private school, but a badly performing comprehensive. So, it’s been a bit of a fight to get myself here, there’s almost a feeling that people are almost taking a risk by taking me on, because he’s a bit different, so you’re now indebted to us, because of that you need to know where you are.’

Review the racial barriers for progression to the top of your organisation. See CIPD for guidance.

When these black individuals do break into the industry, they typically end up in support functions, have higher rates of attrition and rarely progress to leadership or revenue-generating positions.

Lived experience: ‘It happened a long time ago and so people wonder what the relevance is. If you really want to get down to brass tacks, Britain was probably the largest net beneficiary of the transatlantic slave trade. So how does Britain as a nation feel about that? There’s an element of revisionism, so that we were the first nation to abolish slavery tends to be what’s remembered rather than what transpired before. And because of that it becomes incredibly uncomfortable conversation’

‘BAME is clearly an HR term to describe a group of people they don’t know how to describe otherwise, or it’s come from central government. I’d use Black. I’m a Black person.’

To break the taboo CEOs must take the lead, put aside their concerns and talk about black issues openly and honesty and only then can we call all start to build more inclusive workplaces.