Why the C-Suite Cannot Overlook the Power of Pricing

From Porsche to Gillette to Michelin, the companies that maintain consistent profits are those that compete best on pricing – and have a board that knows to drive the topic. 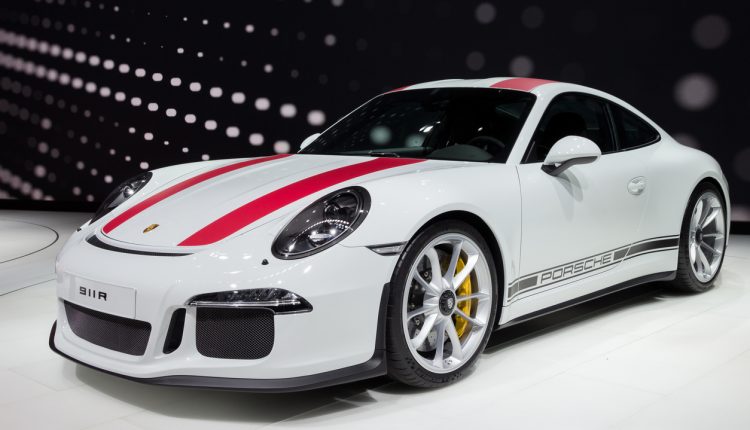 Xi Bing Ang and Rory Sweeney, respective Senior Director and Director with Simon-Kucher & Partners, examine the power that pricing has over profit margins and why the C-suite should pay it due attention.

Legendary investor Warren Buffett famously said: “The single most important decision in evaluating a business is pricing power. If you’ve got the power to raise prices without losing business to a competitor, you’ve got a very good business … if you have to have a prayer session before raising the price … you’ve got a terrible business…”

In Simon-Kucher’s experience of working with hundreds of large companies around the world, those whose C-level executives drive the topic of pricing have greater pricing power and profit margins than those who don’t.

However, by contrast, most C-level executives and boards invest far less management attention, resources and professional expertise into optimum pricing compared to the other strategic profit levers – cost reductions, increasing sales volume and M&A. Pricing is often an underinvested area that suffers from unscientific ‘guesswork’. This is a shame because pricing is the most powerful profit lever any business has at its disposal for quickly increasing profits without long lead times and high risk, and hence belongs on the CEO’s desk!

Price is the most powerful profit lever

In any business, there are essentially four levers for driving profit growth: reducing variable costs, cutting fixed costs, increasing sales volumes, and higher prices. As an illustration, a 5% improvement in price, all else being equal, boosts profits significantly more than a 5% cut in variable or fixed costs or a 5% increase in sales (see Figure 1), for much lower investment and execution risk in most cases.

Pricing needs to be a C-level topic

We found in our annual global pricing study that when C-level executives take charge of the pricing strategically, their companies stand-out compared to companies whose executives did not take on such an active role. Our research found on average:

A model example of this is Porsche. Pricing is one of the highest priorities for Porsche’s C-suite: the CEO and board drive a ‘design the product around the price’ innovation approach. The impact of successfully infusing this principle into the company’s DNA has resulted in Porsche’s consistent industry-leading profit margins.

Pricing at General Electric also enjoys the close attention of top management. A few years after establishing Chief Pricing Officers in each of its divisions, GE reported pricing discipline (the internal adherence to, and defending of, target prices) had tightened considerably and target prices were being achieved at a higher rate.

Too often, pricing is an after-thought or considered an operational task. In such environments, it becomes a self-fulfilling prophecy and pricing remains a ‘task’ rather than a powerful profit lever.

Too often, pricing is an after-thought or considered an operational task.

Pricing is about value (but costs can be a tyranny)

We have found that many businesses struggle with the fundamental but deceptively simple notion that prices should reflect the value delivered rather than be a mark-up of the costs involved. There are essentially two ‘worlds’ when considering this.

In the first “Cost-plus” world, are businesses that sell products with marginal costs: examples include manufacturers and physical service providers. Here there is a tendency to set prices based on a target margin, which will always be sub-optimal because it fails to adequately reflect the true value to customers, leaving “money on the table”.

Gillette has had success by taking a more value-based approach. With each new razor innovation, Gillette has charged higher prices, utilising pricing psychology techniques to create and capture higher willingness-to-pay amongst customers.

In the second “Costless” world, products have zero marginal costs: examples include software businesses and online subscriptions. The typical pricing pitfall is the temptation to close deals at any price because every pound is considered ‘incremental profit’. Before long, low prices and deep discounting run rife. Here, the antidotes are ensuring value-selling is ingrained as part of the sales motion and carefully-implemented price management processes.

Across both worlds, businesses are increasingly moving towards forms of servitisation: selling “outcomes as a service” rather than one-off product sales, as one way of countering cost-plus pricing. Michelin is a good example of this being done successfully to generate sustained revenue growth.

Gain the Upper Hand with a Billion Dollar Insurance Disrupter

Michelin began charging trucking fleets by mileage they drive with their Michelin tires, rather than the number of tires they bought. This allowed the firm to fully monetise a new tire innovation that lasted much longer than the previous generation did, without having to price-compete with low-cost competitors on a per tire basis. Michelin soon boasted the biggest profits in the industry, 25% higher than Bridgestone’s and 3 times higher than Goodyear’s.

There has been much public debate about how long the COVID-19-triggered crisis will last, when businesses will go “back to normal”, and whether it will be a U, V or L-shaped recovery. We believe this is, and will continue to be, a resurgent crisis: the recovery path will be nonlinear. In order to survive the crisis and be in a position to thrive after, businesses need to build greater commercial agility into their pricing so they can make pricing decisions with unprecedented speed and flexibility.

In B2B companies, sales teams will need to be provided with more guidance on what a ‘good’ price is, and discounting guardrails and escalation procedures should be refined. In B2C businesses, marketing and pricing teams need to build even stronger customer insights and use these to drive more precise offer-design and promotional policies to account for crisis-driven changes to demand.

Above all and irrespective of industry, C-level involvement and championing of pricing as a strategic topic is critical. We invite you to take on this crucial role and reap its rewards. Make sure that pricing is on the agenda of board meetings and invest at least one day each month on the topic. With these first steps, you can set your organisation on a path towards the coveted pricing power described by the Oracle of Omaha himself.