You’ve Got the Dream Job, Now What?

Surviving the first 90 days as a woman in a new leadership role. 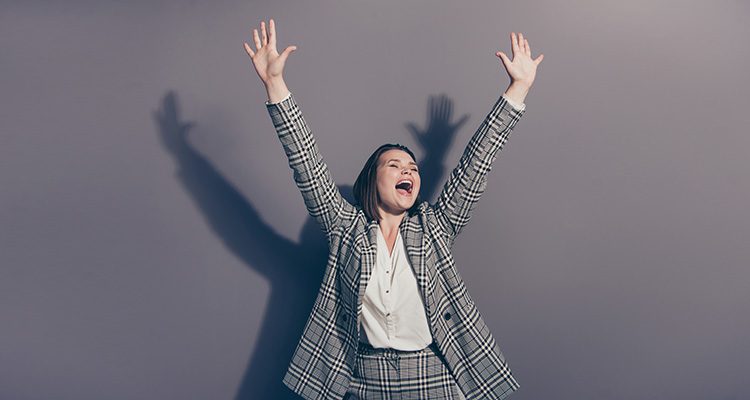 Transitioning to a new senior role is more challenging than dealing with divorce, bereavement or a serious health issue and almost 50% of leadership transitions are considered a failure. One could argue that once an individual reaches a senior level, it’s down to them to make their own transition a success. But is that realistic? Should leaders be doing it alone? Is getting some help to smooth the way acceptable? At such a senior level, asking for help can feel awkward, but isn’t it better than failing? After all, failures impact very badly the organisation as a whole, from having a toxic effect on culture, affecting market share and share prices, to creating a ripple effect whereby others lower down an organisation can become disengaged and decide to leave.

Transitions often fail because the individual is not aware of how they need to be different in the new role. They cannot translate their experience in a very different organisation to the new environment in ways that the new environment can accept. Individuals can often overestimate the power of their capability and underestimate the power of the new organisational culture.

In most cases, an entirely different set of skills and capabilities are needed from the ones that secured the individual their promotion or leadership position. And it’s not just newcomers into an organisation that are at risk – nearly three-quarters of internal hires face the same issues. Regardless of gender, feelings of imposterdom are a common part of the transitioning experience, even though this phenomenon is most frequently associated with women due to the original research sample being all-female. But it doesn’t have to be like this – if a new leader can accept that these feelings are normal and they ask for the right support.

The most common challenge for a woman starting a new senior leadership role is the sense of inadequacy that can come with being put into a position that no longer relies on technical expertise as the source of their authority.

Whereas for men, career progression is frequently driven by overt ambition, it’s not typically like this for many women. Without making generalisations, they will often reach the top of an organisation because of their drive to ‘do a good job’ rather than achieve a particular status. This means they can arrive in a senior role without having necessarily planned for the degree of difference it involves. They can be ill-prepared for the new capabilities expected of them and this can also lead to feelings of imposterdom. “I am here by luck”, or “I will get found out”, or worse still ”How did I even end up here?”. Rather than seeing it as a judgement on capability, it can be helpful to acknowledge that transition brings a learning stretch and with time, that stretch will be incorporated into their skill set.

The most common challenge for a woman starting a new senior leadership role is the sense of inadequacy that can come with being put into a position that no longer relies on technical expertise as the source of their authority. Strong feelings of imposterdom can result from being expected to contribute beyond their established areas of experience. This is where it can be valuable to have a mentor who has travelled that path and can both normalise the experience and offer advice. Sometimes talented individuals move into roles labelled as ‘Director’ without having considered what that asks of them, particularly if they have an established style which is consensual or collaborative. It can feel uncomfortable initially to be expected to be directive with colleagues, particularly when moving into a new area of responsibility with a team who have established skills. The responsibility of providing direction can also feel heavy and very different from operating a level below.

Another challenge is how to operate within a Boardroom environment. The mantra ‘what got you here won’t get you there’ can be very evident, especially when an individual has had a competitive style that has allowed them to outperform peers and then discovers the Board is comprised of individuals with a very similar style to their own. Suddenly, their approach does not get the expected response. Or, alternately, as someone who has used their technical authority as a means of being heard, they find that in the Boardroom, they fail to make an impact because issues are looked at in multi-dimensional ways. For women, this means knowing how to transition in ways that do not deny who they are. They don’t want to give up their own style and values. They don’t want to learn how to be like male peers, they want to know how to bring themselves in ways which can be heard and valued. This can mean learning a new accent rather than a completely new language. But it requires an understanding that these challenges are entirely normal and it is acceptable to expect some support through the transitioning period.

The reality is somewhat different however and the more senior the individual is, the less likely there will be transition support. This is particularly marked when senior leaders are recruited in from outside. They lack the organisational relationships to access informal sources of help. Yet without transition support, they risk simply replicating what they have done elsewhere without contextual understanding.

Having worked with many individuals on their transition into senior-level roles, the issues are individual. It can be the challenge of following a male predecessor who has a strong reputation and who is still around in the organisation, particularly if the new female leader is wanting to bring in change. For some, it is a change in perspective so that they are looking at issues with a more strategic lens. Or managing themselves so that they are not at risk of burnout because of taking on too much. It may be the challenge of leading much larger teams and no longer feeling they are in touch with what is happening on the ground.

For a woman who has not followed the ‘traditional’ university graduate pathway, this can be especially challenging, especially if their peers follow that mould. Transition can trigger old thoughts of not being clever enough. Working-class origins can suddenly drive feelings of being ‘not middle class enough’ for the C suite. Introverts risk judging themselves as ‘not enough of an extrovert’ to thrive in the competitive atmosphere of the Boardroom. On paper, these ideas look nonsensical when applied to capable successful women, but transitions spark emotions and emotions can distort thinking.

What is evident is that when it comes to transitioning, there is no template. For women receiving transitioning coaching, the aim is to help them connect with who they are now. They need help to acknowledge the journey made to arrive in their new position and to integrate this with who they are now, rather than holding a narrative of who they were at an earlier life stage. Accept there is no shame in acknowledging the challenge and ask for help before problems arise.