Could Brexit Be The “Best Thing to Happen to the UK Economy”?

As the UK leaves the EU, business leaders are positive that despite the proclamations of the pessimists, Brexit could be the best thing to happen to the UK economy. 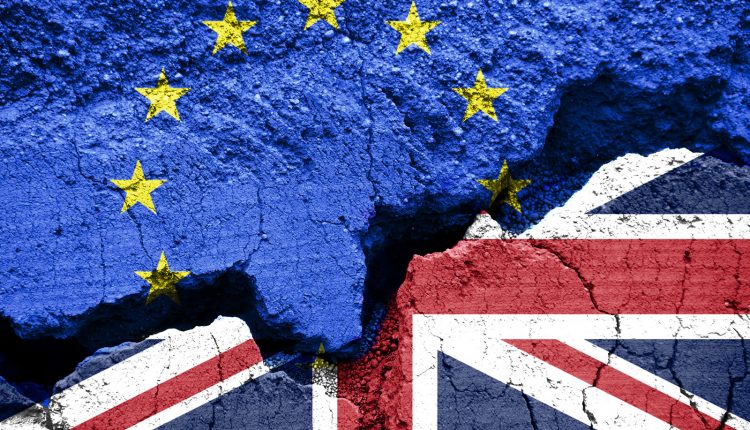 When the clock strikes 11pm this evening, the United Kingdom will officially leave the European Union.

It feels more like a lifetime than 3 years since the vote to leave sent seismic shockwaves through the country and those who had spent the majority, or all of their working lives as part of an EU member state grappled with the reality that the EU era for the UK was certain to end.  Not least for those at the upper echelons of the business world, CEOs, managing directors and business owners who have been patiently waiting for some form of closure and information that will allow them to successfully navigate the unchartered waters of post-Brexit Britain.

Today marks the day that the UK leaves, and so, the question of what it means for CEOs can finally begin to form itself into an answer; and there are those who are positive that despite the proclamations of the pessimists, Brexit could be the best thing to happen to the UK economy.

In fact a recent survey of 200 senior business decision-makers in UK Businesses and SMEs, commissioned by Leonne International pointed to a general feeling of optimism. The survey found that 37% expect the UK economy to grow substantially following Brexit. Business owners from West Midlands are most confident of this, with 50% agreeing, followed by 45% of North West of England and 42% of the North East.

Furthermore, 41% of surveyed business decision-makers believe a majority government to be good for their business growth, rising to 60% of those from the North East.

The polling also found that 51%agree the government should offer more tax breaks to SMEs this year. Meanwhile 18% are planning to open a new office in 2020 and a further 32% are planning to increase technology spending this year, suggesting that many decision-makers are optimistic about the new year, and confident about the areas that require further funding and growth.

Michael Haston, CEO, Leonne International said: “As we reach the final chapter of the Brexit saga, business decision-makers will be relieved to finally have some clarity about the future of our economy, industry and trade. Therefore, we can expect 2020 to be a great year for many SMEs, whom have been the engine of the economy and the champions of technological and business innovation in the past few years.

“With the start of the new year and increased clarity on our political and economic situation, SMEs should be seizing the opportunity for growth – often, this requires access to financial support in order to maintain in-house stability and profitability and facilitate long-term growth.”

CEO Today has also spoken to several other investors who are confident that Brexit might not have the negative impact on the economy that many fear, in fact many are predicted a Brexit Bounce similar to the Boris Bounce that occurred the morning after the Conservatives landslide election victory.

Luke Davis, CEO and Founder of IW Capital, said: “Research that IW Capital has conducted across 2,000 investors found that nearly half – 49% – believe politicians have neglected business and private investments during Brexit negotiations and elections but 46% say that if handled correctly, Brexit could be the best thing to happen to the UK economy. This research is very much in line with what we have seen from our investor base and from the entrepreneurs we work with. Both sides want to push on to make the most of opportunities that will present themselves when we do eventually leave the EU but feel somewhat let down by the Government and the way they have handled the process thus far.

“We have seen more demand than ever before to invest in growing SMEs, as well as more entrepreneurs looking for investment. Supporting and allowing this sector to grow at the pace at which it could will undoubtedly have a marked effect on the economy as a whole, creating jobs and facilitating growth at a scale that is almost unheard of in large businesses unsuitable to rapid change and adaptation to new conditions.”

Jenny Tooth OBE, CEO of UK Business Angel Association commented: “Upon the steps of Downing Street, Boris Johnson has spoken a good game about energising the North and the Midlands with direct investment. Time will tell as to whether he keeps his promises, but initially, we warmly welcome this message.

“The regions of Britain have been neglected for far too long and we hope that action is taken quickly to address these imbalances in our economy. However, as an investment community, we are still holding our breath to see what the future relationship is like with the European Union. These pledges are certainly welcome and beneficial to Britain’s regions, but it is future trade deal with the EU that we are really waiting on. European funds such as Jeremie and Horizon 2020 have been so pivotal in fuelling regional growth. The investments promised from the government will certainly spur regional growth, but there will be added to pressure to ensure that the loss of these European funds are not felt too hard.”

Although there is still much to be decided, it appears that business leaders in the UK are optimistic that Brexit can be an opportunity and that as the doors to the free markets of Europe begin to close, there might be a new one opening for the businesses of the United Kingdom.