Rebel with a Cause

For our January 2019 front cover story, we reached out to real estate developer, tech entrepreneur, and art patron Robbie Antonio. 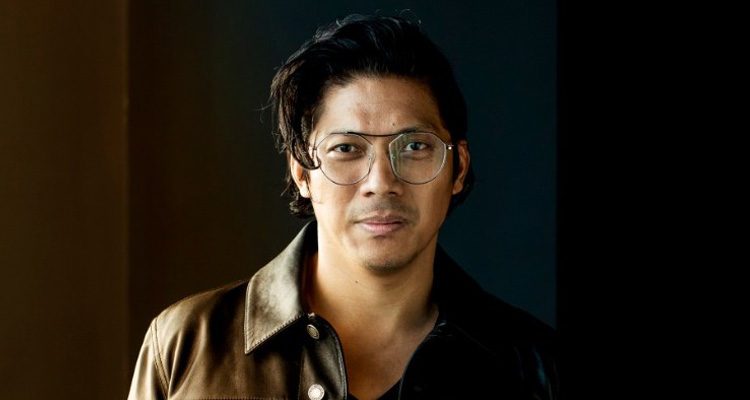 Born in the Philippines, he is the Founder and CEO of Resident Holdings Group, the Founder and CEO of Antonio Development in New York, as well as the Founder and CEO of Revolution Precrafted – the first and only PropTech unicorn startup in Southeast Asia and the first startup billion-dollar company in the Philippines. Currently, Antonio has 82 million square feet worth of developed, in-progress, and managed properties under his belt and in 2016 and 2017, he was recognised as the youngest person in the Forbes 50 Richest Filipinos publication. In May 2018, he was named “Real Estate Personality of the Year” by PropertyGuru and was also cited in the 2018 Mavericks Report by BuiltWorlds as one of the “25 Pioneers Who’ve Transformed the Built Industry”. In addition to his work for his companies, Antonio has also served as the Managing Director of Century Properties where he’s conceived and spearheaded US$2.1 billion of branded developments with the Trump Organisation, Armani Casa, Versace Home, Philippe Starck, Missoni Home and Paris Hilton.

Rebel with a Cause

Jose Roberto “Robbie”  Antonio is a Real Estate Developer who lives between the Philippines and New York City. Born in 1977, Robbie’s devoted his career to putting the Philippine skyline on the map.

Mr. Antonio devotes a lot of his time to causes he feels close to his heart such as Resilience by Design – a UN campaign which supports reconstruction processes in areas affected by natural disasters and climate change. He is also one of the Board Directors of Operation Smile Philippines Foundation – a medical charity that has provided hundreds of thousands of free surgeries for children and young adults in developing countries who are born with cleft lip, cleft palate or other facial deformities.

Born out of Robbie Antonio’s experience in brand marketing, Resident Holdings Group is a Southeast Asian-based global holding company of technologically-driven startups in the fields of real estate and property development, leisure and hospitality, social media marketing, franchising, fashion and beauty retailing, and tech-based legal, medical, and accounting services. All companies share a unique brand DNA of partnering with international celebrities and influencers.

Renegade Branding Concepts is a one-stop-shop for franchising and licensing concepts which offers an unparalleled list of possible retail and business opportunities in partnership with some of the biggest celebrities while Renaissance Touch is a first-of-its-kind online celebrity/influencer e-commerce site for furnishing and decorating interior spaces. Relevant Medium is a platform that enables social media influencers to create and monetise content, while Reach Medium is an aggregated Key Opinion Leader (KOL) content curator, e-commerce, and traffic engine.

Resident Holdings Group’s flagship company is Revolution Precrafted – a supplier of traditional and prefabricated homes and structures with a footprint in 31 countries in Asia, the Middle East, Europe, North and South America and the Caribbean. In 2018, Revolution Precrafted became the Philippines’ first unicorn. The startup is currently valued at US$1.8 billion. Founded by Robbie, the company supplies limited-edition, luxury prefabricated homes to a global market primed for new modular dwelling options. The prefabricated home concept offers a solution by greatly simplifying the process — picking a home design from a selection and having it delivered right to your doorstep. The startup offers factory-built luxury homes in Asia and the West that cost an average of $70,000 (in Asia) and $120,000 (in the West) and are crafted by some of the world’s leading designers and architects, including experts from Zaha Hadid Architects, Jean Nouvel Design, Ron Arad Architects and Kravitz Design.

And while modular houses are certainly not a novelty, Revolution Precrafted is the first company in the world which focuses on luxury prefabricated homes. Aiming to become ‘the Ikea of homes’, it sells directly to property developers who establish the sites for prefabricated homes and hopes to be able to build homes in 60 to 90 days.

Robbie Antonio is one of the youngest and most prolific collectors of international modern and post-war contemporary art. As an art collector, he has received numerous awards from different organisations – in 2014, he was recognised as one of the“20 of the World’s Most Innovative Art Collectors” by Artnet, whilst in 2015, he was included in their “Top 200 Art Collectors Worldwide” list. He received more recognitions by Artnet in 2016 – becoming one of the“12 Young Art Collectors to Watch in 2016”, as well as one of the “The World’s Top 100 Art Collectors for 2016”. Driven by his passion for art, Antonio has collaborated with artists such as Damien Hirst, Takashi Murakami, Marina Abramovich, Maurizio Catellan, Julian Schnabel, Francesco Clemente, Zhang Huan, David La Chapelle, Marilyn Minter and Julian Opie.

CEO Interview – Daniel Tannenbaum – “I was treated like garbage, but look…

5 Tips For Protecting Your Business From Litigation