A Look Back on 2019: Trust, Transparency and Beyond 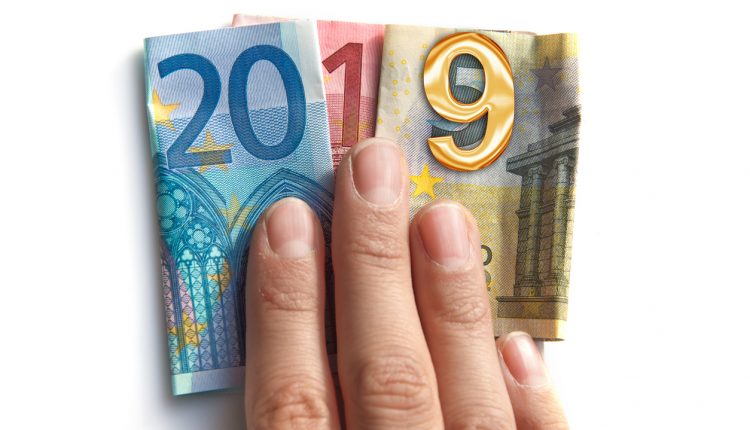 It’s not just British politics and economics that have created the turmoil for organisations here and abroad. Across the globe events ranging from Trump – being elected in the first place and now his possible impeachment, the war in Syria, pro-democracy protests in Hong Kong, the #MeToo movement, environmental catastrophes and the rise of environmental activists, such as Greta Thunberg, to name a few, mean that the world has changed beyond recognition in the last 10 years.

Whether you think it’s just as crazy as it always been or simply believe we’re more aware of events thanks to the 24/7 news cycle, the fact remains that business leaders have never had more challenges to face than now. What will help companies to survive and succeed in the next decade? Their people. We’re not just talking about a certain number of people turning up to work each day and churning through their work, clocking in and out like some machine. We’re talking about how people matter and how those individuals will (collectively) make the businesses of tomorrow excel, and in some cases, cause the demise of others.

People are now realising that they have a voice, that they have a responsibility, either to their families or to the society they live in, and that they can make a difference. And importantly, that’s not just about addressing mental health, LGBTQ, racism or #MeToo needs in the workplace, but also about how and who they work for too. People are questioning everything in their lives.

People are not only choosing where to work, based on how organisations conduct themselves but are also now standing up to their employers to challenge their business decisions. One significant example of this was in 2018 when thousands of Google employees signed a letter protesting about the company’s involvement in a Pentagon program that uses AI to interpret video imagery. Known as Project Maven, Google employees were concerned that the technology could be used for targeted drone strikes. While Google employees successfully swayed the actions of management with Diane Greene, head of the Google Cloud business, confirming that the business would not be renewing its contract with the Pentagon, it highlights the growing clash between Silicon Valley and other Tech giants working with governments.

People are not only choosing where to work, based on how organisations conduct themselves but are also now standing up to their employers to challenge their business decisions.

Governments want to leverage the advances but also, as The Economist highlighted earlier this year, organisations such as Facebook, Google and Amazon are feeling the heat from prosecutors and bureaucrats on whether they are becoming too powerful over economies, society and democracy. Facebook’s leak of tens of millions of users’ personal data with Cambridge Analytica has certainly not helped these companies.

People matter and people are now raising their voices to make a difference. There’s little doubt that we’re on the cusp of such changes, so how do businesses and business leaders respond? At a time when many people are feeling disheartened, business leaders need to dig deep and create a renewed energy across their organisations. Whether it’s the end of the financial year or just the end of the calendar year, now is the perfect time to reflect on what really matters and how that permeates into their particular working environment.

It means business owners and senior teams need to become emotionally intelligent and more self-aware of their own behaviours and those around them. Pulling the leadership team away from fire-fighting the paperwork issues related to Brexit or the daily treadmill of ensuring enough staff are on the shop floor during the January sales, enables people to pause and consider what it is that they’re ultimately trying to achieve, both as an organisation and as an individual.

Apple Boss Tim Cook Earned $125 Million in 2019 What Have Been the Biggest Innovation Trends of 2019?

Businesses are finding themselves in a brave new world out and are having to shift their company culture and therefore their approach from simply growing the company and investing in new products, services and markets to adopting a new mindset. That shift in thinking isn’t for one individual but a change in the collective mindset of all people within the business. And have no doubt, this is a tough call! Many companies have great people who have helped to make it what it is today. However, those individuals may not necessarily be the right people to take the business forward in the future. By taking time away from the daily demands business leaders can start to open not only their minds but also those of their employees to explore what and how they can contribute to the organisation moving forwards. Do people believe in the company’s culture, do they want to be part of it and is it right for them?

It’s not easy but as soon as people start to recognise the culture that they want in the business and identify who may, or may not, be the key players in helping to shape that then leaders can start to look into succession planning and organisation design. This is where emotional intelligence, trust and transparency really come to play. Building or evolving a culture requires clear focus and can’t just be dipped into and out of at will. Businesses need to ensure that their people are living that value, celebrating it and also addressing those things that aren’t working so well. To do this, communication is absolutely critical, and people need to be engaged and trusted to join the journey.

As we discussed recently with Thomas Davies, founder and CEO at Temporall, experts in organisational intelligence, businesses don’t just need a great culture, they need to have a purpose and stand for something in particular that will attract employees. Culture is fast become a board priority, a change that was highlighted in a recent TechCrunch article reporting that San Francisco based True Ventures had hired its first Vice President of Culture. But it’s worth noting that for a business to thrive everyone is responsible for that culture, not just one person. Every, single person needs to be bought into it.

The next decade can be a positive one for businesses. The opportunity is there to empower people, create trust and become more empathetic of one another. That comes from embracing change, being transparent, and emotionally intelligent. Now is the time to reflect on behaviours, adapt or enhance existing cultures so that all employees within an organisation can step up and play their particular role in today diverse, multigenerational workforce. The world might seem crazy but there’s an opportunity to make a difference to those that matter to you and your business. It takes a brave business leader to open up to their workforce, to share and trust in other people but you know what, they may just surprise you by becoming the collective force your business needs in 2020 and beyond.