You’ve probably seen the memes already: A person born in 2001 is now 18 years old. A person born in 1996? They just graduated from college. Generation Z is officially coming of age and beginning to flex their ($44 billion in) spending power– and brands are finally starting to take notice. Yet, in an effort to understand the post-Millennial generation, Gen Z’s still-forming reputation has become increasingly misinterpreted by the Boomer and Gen X-dominated media. 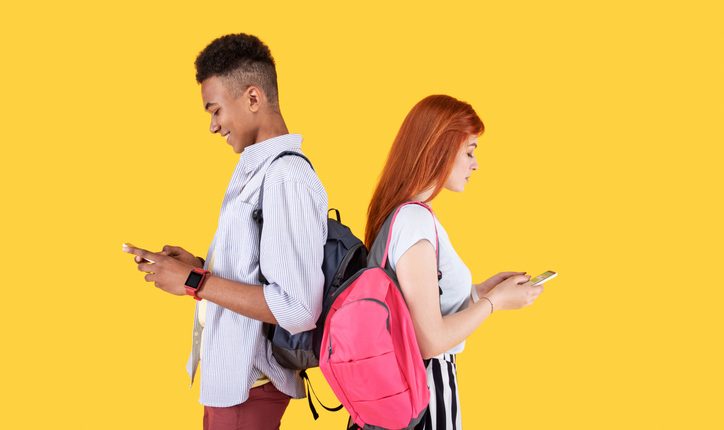 Here’s what we know so far about Gen Z: According to a 2018 Pew Research Study, Gen Z is the most tech-fluid generation we’ve ever seen, with 45% of teens saying they’re alone “almost constantly.” Natural chameleons, they are growing up in a rapidly-changing cultural zeitgeist that has conditioned their generation to both expect, and more importantly, unquestioningly adapt to the new technologies that present themselves seemingly in perpetuity. As a brand strategist straddling the line between Millennial and Gen Z (some articles say I’m a year too old, some say six), I am used to consuming every piece of content that comes my way. This has created a perpetual loop of distraction and over-stimulation, studies show, Gen Z has the attention span of 8 seconds (I went on Instagram three times in the middle of writing this sentence). Consequently, constantly jumping from content stream to content stream has helped Gen Z amass an innate understanding of branding – and an innate mistrust of the branding world’s frenzied attempts to define them.

Struggling to interpret their seemingly frantic brand consumption, the media has framed the identities and habits of Millennials and Gen Z into almost comically condescending tropes– constantly pigeon-holing Gen Z into subjective buckets based on internet culture and their increasing digital content consumption, which now averages to over 35 hours a week. The problem with this is that Gen Z cannot be generalised or put into any single category because (thanks to the precision and incredible diversity of the internet) they have crafted an unlimited amount of sub-cultures and ways to identify themselves, never needing to fit themselves into someone else’s.

Naturally, defiantly, Gen Z is constantly seeking out new ways to contradict the media’s imposing portrayal of them. It’s true every generation went through a rebellious phase where they listened to loud music and slammed the door in their parents’ faces. Gen Z is sort of doing the same thing right now, but with their media consumption and brand choices. And because they’re about to become the largest generational cohort in existence with a population just shy of 2.5 billion, brands are starting to feel the pressure of their choices.

According to MediaCom, over half of Gen Z consumers consider how trustworthy a brand is before engaging with it. And brands who depict transparency and organic-looking content deliver on this promise of trustworthiness in their young consumers’ eyes.

In today’s post-network, post-Internet, post-influencer world, Gen Z rejects content they deem as overtly-branded, instead favouring authentic-feeling, ‘unedited’ messaging–something they can recognise as part of their world, something that could have been created by their peers, that organically comes up and moulds into their feed. This is not to say they want brands to blend in, but rather to feel like a seamless part of the online ecosystem they’ve carefully crafted for themselves. This assimilation is successfully achieved by brands like Brandy Melville, who draw their social and ad campaigns from Gen Z themselves, employing a product research team made up of entirely teenage girls, many of whom were recruited off Instagram.

Another important consideration: while Gen Z shops 22% more than other generations, they are also 16% more likely to be one-time consumers. In other words, Gen Z can recognise and be partial to specific brand aesthetics but hold little brand loyalty. And why would they? They know there will always be something new in a matter of weeks.

In fact, the Gen Zs I’ve talked to for this article are hard-pressed to name a brand they feel affinity towards. Instead, they cite a single commonality they search for in branded content: authenticity. Looking at brands and influencers mentioned by them: Glossier, Depop, Aerie, Calvin Klein, David Dobrik, Olivia Jade and Emma Chamberlain, all orient under this “authentic” positioning. Their content shares a similar, as 18-year-old Ithica University student Ariel puts it, “IRL aesthetic”. Real models, real products, unedited (or unedited-style) photography. “Things that don’t look”, says 9th-grader Sydney, like a “photoshoot.” These brands create content on the street or in bedrooms; they show the outtakes, the awkward moments in between. They are not austere or high concept, they are depicting (read: selling) genuine, unabashed enjoyment. The Gen Z consumer, like nine-year-old Joaquin, wants to see “people having fun,” and branded content is no exception.

At the end of the day, this need for authenticity boils down to a need for trust. According to MediaCom, over half of Gen Z consumers consider how trustworthy a brand is before engaging with it. And brands who depict transparency and organic-looking content deliver on this promise of trustworthiness in their young consumers’ eyes.

That isn’t to say brands are not immune to the aesthetics that have ruled consumption culture for decades (they still predominantly feature young, skinny, conventionally beautiful and mostly white models), but they are now starting to consciously choose depictions of vulnerability that we have not yet seen in many commercial brands.

TL;DR How to market to a Gen Z audience:

Are Business Cards Still Important In 2022?