Given all the attention surrounding Facebook’s plans to create a digital currency, Facebook Libra will no doubt be familiar to many of you. Libra is Facebook’s latest proposal for a blockchain-based global cryptocurrency, aiming to bring more affordable transactions to the masses. 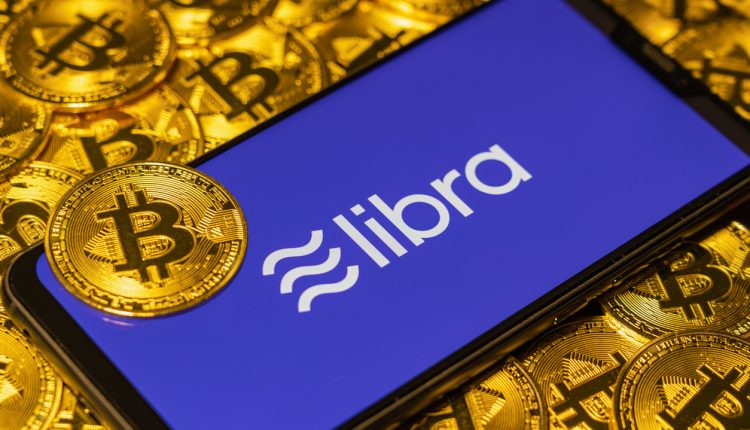 Forecast to launch in 2020, Facebook Libra stands to transform the payments ecosystem, shifting the financial control away from established players and central banks where it has typically resided. Instead, the project, currency and transactions are to be managed by the Libra Association, an organisation of non-traditional players spanning different sectors.

Yet, it has been raising doubts and there has been considerable resistance from almost every knowledgeable party – including the US Senate. Now, with the news that seven of the founding companies of the Libra Association have dropped out – including Visa, Mastercard and eBay – it seems that the future of Facebook’s new currency is in question.

While the move to bring more affordable transactions to the masses may be well-intentioned, there are several reasons as to why Libra is infeasible. Christoph F. Strnadl, VP Innovation & Architecture at Software AG, explores Facebook’s proposal from three relevant architectural viewpoints.

First, Libra’s technology architecture raises doubts. Cryptocurrencies and blockchain are highly complex technologies, and using them to implement a shared database to support a mere 1,000 transactions per second (a bit more in the future) for a few dozen members of the Libra Association may prove to be too complicated.

In fact, there are countless other database technologies which could achieve the same means for a fraction of the cost of a distributed ledger implementation. It, therefore, remains unclear as to why blockchain was chosen to support this solution at all – if not to ride the hype surrounding this new technology.

Second, another question centres around how Facebook Libra would be governed. Facebook’s claims state “decentralised governance” and that a “global currency” should be governed as a “public good” – but the facts say something entirely different.

The Libra association, its entry conditions, and its (incomplete) governance structure and processes are anything but independent or beneficial to the public. For instance, even if a company wanted to spend the $10 million entry fee, Facebook (or later, the Libra Association at large) would still have the last word on its admission.

Nobody needs to be reminded about the $5 billion fine that Facebook accepted from the FTC for grossly violating user privacy in the Cambridge Analytica scandal. This happened despite all the assurances Facebook gave its users of the improved controls it had implemented because of another earlier FTC Commission Order from 2020.

The fact that the Libra association is not answerable to any outside entity beside Swiss law enforcement raises further doubts around its feasibility. After all, any public good needs to have public oversight. In the recent hearing on the Libra project, Mark Zuckerberg faced a thorough cross-examination before the House Financial Services Committee. This included questions over discrepancies found regarding data privacy in Libra and how Facebook can safeguard user data, ultimately avoiding another Cambridge Analytica scandal.

Finally, a global currency, or any public good for that matter, cannot and must not be governed by any private entity. This is because it will inevitably, and despite the best of intentions, result in one company gaining a monopoly or a tyranny.

Similar ideas existed as early as in the 19th century when mining and logging companies established their truck wages and company scrip systems, all in the name of the cash-poor workers. All these schemes, which have been deployed and tried all over the world, not just in the US or the UK, were long ago declared unlawful. This was because of the egregious mark-ups the monopolists extorted from their employees, resulting in peonage and slave-like conditions for them.

We see yet another irregularity in the fact the Swiss Libra Association is registered as a not-for-profit organisation. This status merely serves to disguise who the true financial beneficiaries would be. During the congressional hearings in the wake of the Libra announcement, Libra officials repeatedly stated that they do not regard Libra to be a bank. Clearly, they want to avoid the accompanying oversight as much as possible.

However, on a deeper level, this is the signature of an insatiable appetite for global dominance, a coup d’état or coup du monde, perfectly in line with Mark Zuckerberg’s 2009 claim that “in a lot of ways Facebook is more like a government than a traditional company.”

What’s in store for Libra?

Ultimately, the announcement that seven of the 28 founding companies had dropped out of the Libra Association has severely weakened the prospect of new members joining the board (which planned to acquire 100 members for 2020).  Indeed, this has put the whole future of Libra into question.

Under increasing scepticism about Libra, Facebook has suggested alternative approaches for the currency token it uses. For example, suggesting that the project could use cryptocurrencies pegged to national currencies like the dollar (stable coin), rather than the synthetic one it initially proposed.

So, is there a possible solution for Facebook to leverage and offer a true global distributed ledger-based ecosystem? To quote Sarah Jamie Lewis, Executive Director of Open Privacy at Twitter, do we need “a cryptocurrency with the ethics of Uber, the censorship resistance of PayPal, and the centralisation of Visa, all tied together under the proven privacy of Facebook”? I think the answer is “no”.