Addressing Key Culture Threats: Do Businesses Need to be More ‘Progressive’ in Their Thinking?

It’s no great secret that businesses across all industries today face numerous challenges, issues and threats. From a growing decline in workplace cultures to lack of trust in leadership, rising numbers of people unhappy in their jobs with many facing mental health issues, the picture can appear rather bleak. Add to that the unstable and frustrating political climate and it's no wonder that businesses are struggling with what is their most important and valuable asset - their people. 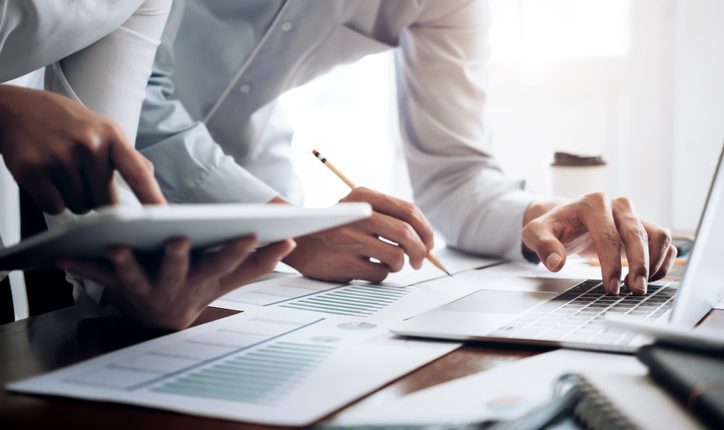 In our digitally-led world, great people as we know, are the only true competitive differentiator in business today. They are the heart of the business and the key to unlocking stability and success, even during times of economic uncertainty. Yet productivity and staff loyalty are at an all-time low; in fact, Deloitte[1] has reported that nearly half of all millennials plan to leave their job within two years of joining. Leaders are becoming less visible and many aren’t investing in learning and development opportunities (probably because they worry people will just take the training investment and leave).

But if employers don’t invest in their people and take drastic measures to break down barriers and the make necessary changes, we face a future of disconnected, disengaged workplaces, which are lonely and isolating places to be. They aren’t productive, they aren’t loyal and they will jump ship at the first opportunity. So as leaders, how do we take steps to address the people challenge? We need to become much more open to new ideas and think more progressively. But thinking progressively needn’t be complex, the simple act of listening and talking is a good place to start.

Sounds pretty straightforward? After all, talking and listening isn’t rocket science is it? Well, you might be forgiven for thinking otherwise, in fact general conversation has been declining over the last decade and recent national TV campaigns and widespread reports have shown that people don’t talk anymore, not like they used to both in life and in work.

Deloitte[1] has reported that nearly half of all millennials plan to leave their job within two years of joining.

Who knew that by 2019 we’d all be happily sharing every minute of our personal lives on social media with thousands of people who don’t know us?  Most of us have never even spoken to those people, let alone met them in person. But they know where our favourite pub is, what we like to eat, what our kitchen looks like, where we go on holiday, how many children we have and a whole lot more to boot.

Are we as ready to share that level of detail through conversations with our colleagues at work? Probably not; the truth is, we’ve become trapped in a world of idle chitter-chatter about trivial things, but we don’t engage face to face and talk properly anymore, not about the important stuff anyway. That really needs to change and leadership has to be the driving force behind making that happen in the workplace.

Cultures are built on friendships, consideration, enjoyment, laughter and an almost ‘tribal’ team spirit where people look out for each other. People don’t leave companies, they leave people so if their connection with those people is strong and robust they are less likely to walk away. We have to start challenging the status quo and that doesn’t mean just arranging a team social night out, it runs deeper than that. Leaders need to ensure that people and culture are embedded into their ethos. This means bringing people together, getting everyone on board and bringing back the most natural human act, the ability to connect and relate to others.

The problem is, despite our fascination to over-share on social media, people have equally become more guarded and closed today so we need to start retraining our minds to think more progressively about the future and the bigger picture particularly during these turbulent times for business. Progressive thinking does play a meaningful and impactful role in society today because people actually want to hear new ideas and approaches.

It was Eleanor Roosevelt who adapted the famous Socrates quote stating that ‘strong minds discuss ideas, average minds discuss events and small minds discuss people’. Change is needed, but it won’t happen if we don’t challenge the status quo, so that has to be the overall intention. In this often cynical age, people do feel threatened and anxious so proposing new ideas and actions, backed up by industry debate and insight into what is happening in reality, can really make a difference during what are confusing times for businesses.

There is also a need amongst leadership for broader thinking, the actions and behaviours of some employers are questionable and this doesn’t help to build strong teams. We must invest in learning and development and team happiness but also in the social impact we have as businesses on our community and society. Ultimately we have to work harder to create stronger cultures that support talent and people.

In this often cynical age, people do feel threatened and anxious so proposing new ideas and actions, backed up by industry debate and insight into what is happening in reality, can really make a difference during what are confusing times for businesses.

Much of this comes down to putting a stake in the ground and making a commitment to your workforce. Talk is cheap (even though not much of it is happening right now) so we need to start putting these ideas into action without delay. It’s easy to ‘start next week or next month’ but how about right now?

Admittedly it will take time and effort. Bringing people together in real life, actually listening to them and engaging in a real conversation. But if we want to boost workplace culture and productivity, this is the place to start – with our people. Ignore it and we will miss out on something much more gratifying than typing out our next hashtag, the art of meaningful conversation and real human interaction.