5% Are Doing Black Friday Shopping on the Toilet

With Black Friday and Cyber Monday just around the corner, the latest statistics released by finder.com reveal that Brits are expected to spend more than £7 billion this year on the sales. 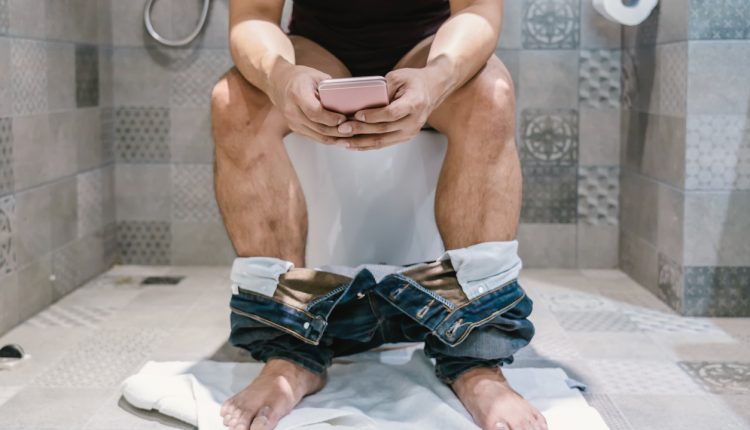 But where are people from the UK going to do their Black Friday shopping from?

OnBuy.com sought to find that out and asked 1,660 people what their shopping routine will be on Black Friday 2019.

As people will most likely be at work during Black Friday, perhaps it comes as no surprise that many will try to do some cheeky shopping while on the clock. In fact, the workplace has the highest figure for Black Friday shopping across the country, with 67% of people in UK saying they will add products to the cart while the boss is not looking.

When it comes to regional figures, the areas that are the most prone to doing their Black Friday shopping from work are: London (71%), North East (68%) and South East (64%).

Brits are forced to shop on the go

It is well known that Brits are living a hectic lifestyle, with many having to commute to work every day. Perhaps this is why they are trying to spend the time lost on commuting wisely and do some shopping in the meantime.

The train is not the only public transport where Brits are shopping from, 32% of Brits are also saying they will do their Black Friday shopping on the bus.

25% of those who are in a rush also said they are very likely to do their Black Friday shopping ‘while walking’, with the regions in which you might bump into someone who’s on the phone shopping are: Northern Ireland (33%), Wales (32%) and Yorkshire & The Humber (30%).

Shopping while having a pint

On a Friday evening after work, unsurprisingly many Brits go to their local pubs to relax, and 8% of those who weren’t allowed to do their Black Friday shopping at work, said they will be doing so from the pub. In fact, the areas who will be doing most of their shopping with a pint in their hands are Scotland (17%), West Midlands (15%) and North West (13%).

Shopping on the loo

Some of us would say that the only time where they can truly rest is on the loo. More specifically, 5% of Brits said they only time when they will be able to do some Black Friday shopping is while in on the toilet. The areas where most Brits admitted to this habit are: Scotland (10%), North West (8%) and London (5%).