What Have Been the Biggest Innovation Trends of 2019?

The engineering and technology worlds never stand still; in fact, their rates of progress only seem to increase with each passing year. 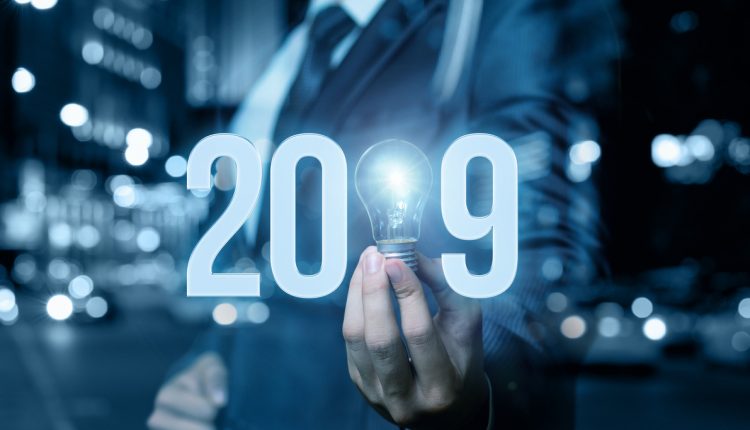 From 3D-printed houses to cashier-free shops, 2018 saw some incredible technological advances, and the next year promises to continue this path of innovation.

Here innovation funding specialists MPA run through some of the major innovation trends to look out for and the companies who are leading the way this year.

The technology industry is often guilty of over-prioritising the younger generations, but with the population ageing significantly – the UN expects the number of over 60s to more than double by 2050 – companies are beginning to target this rapidly growing market.

Kuldip Palba, senior vice president of engineering at K4Connect, told Forbes that he expects ‘predictive healthcare’ to be one area that really takes off in the coming years. Such technology, which will use a variety of health sensors and sources to predict future wellbeing, will help people and health services “foresee and avoid (or delay) impending health events, all while empowering the older adults they serve to live richer, more engaged lives.”

Major players in the industry, such as IBM and Oracle, are among those getting on board with the trend, suggesting it has real potential. IBM’s ground-breaking ‘Watson’ AI software is starting to be adopted by medical services worldwide and is helping to speed up the diagnosis process, including for patients with cancer. The system’s analysis of expansive collections of medical literature can help identify symptoms earlier, which can lead to higher recovery rates and longer life expectancy.

It’s not just the large corporations that are making headway in the area. Smaller companies like Canary Care are also starting to make a splash in the industry. Their innovative wireless sensors can be used in homes to give the elderly more independence. By analysing factors such as movement and door activity, the devices give relatives peace of mind that their family member is safe. The system allows the elderly to live at home on their own, without the constant presence of a carer.

With smart devices growing ever more ubiquitous, the price of the materials needed to develop predictive healthcare is dropping constantly. The public is also growing more comfortable with the presence of technology in their homes and 2019 could be the year that helps propel healthcare into the future.

Blockchain technology has been thrust into the public eye in recent years, with its association with cryptocurrency, such as Bitcoin, generating a lot of attention. Blockchain is a way of safely and securely transferring digital property and while it is already well-known and used around the world, its application to business has yet to be fully explored.

Nelson Phillips, professor of Strategy and Organisational Behaviour at Imperial College Business School, told Engineering and Technology that he believes that blockchain “could revolutionise how businesses manage their supply chains”.

He says that while some companies have already begun to tentatively incorporate it into their work, “ultimately they’ll have to convert the whole supply chain”. Blockchain could drastically enhance security whenever a transfer takes place, whether between businesses or business and customers.

Companies will be able to scrupulously track and analyse information, with Phillips claiming that the technology “could track a coffee or cocoa bean from the moment it’s picked, telling you which farm it came from, which farmer picked it, and what happened to it right up to the moment it reached the store”.

The potential applications of blockchain technology are endless, but 2019 has seen companies use it in efforts to help the environment. As explained in an article from Forbes, Veridium is one such company, helping to “bring new liquidity to environmental trading markets.”

The potential applications of blockchain technology are endless, but 2019 has seen companies use it in efforts to help the environment.

Time spent fixing factory machinery is time when money isn’t being made. As such, troubleshooting devices are always going to be popular with businesses, helping to identify issues and quickly get processes back up and running.

Technology that identifies problems before they even arise therefore has the potential to be game-changing.

‘Condition monitoring’ attempts to do just that, closely analysing hardware through a system of sensors and spotting potential faults before they develop. Analog Devices told The Engineer that while “the concept is not new… as with many aspects of Industry 4.0, mass deployment and universal connectivity open up entirely new ways of working.”

The consequences of widespread deployment of such sensors cannot be overstated. If factories and machinery are able to self-diagnose and fix flaws before they have any effect, productivity rates could rocket.

Mitsubishi Electric and Schaeffler are among the companies already making good use of such systems, but 2019 could be the year that they become more commonplace across industries. Condition monitoring is one of the technologies enabling the development of factory automation and with this expected to grow at a rate of 8.8% year-on-year until 2025, it’s likely we’ll soon see a substantial increase in the number of factories adopting such systems.

HMRC incentives are in place to reward companies who are investing time in innovation, allowing them to claim back a proportion of their R&D expenditure as tax credits, or pay a reduced rate of Corporation Tax on patented innovations. MPA Group’s guidance on the R&D Tax Credit scheme, as well as Patent Box, makes it easy to find out more information if you qualify.