What Happens if You Have an Accident Abroad?

We speak to António da Costa Basto, who touches on what to do if you have had an accident abroad – mainly Portugal. With his cross-border experience, he briefly touches on the differences between personal injury law in the UK and Portugal, and the complications clients may face when claiming an accident that has occurred whilst on holiday. 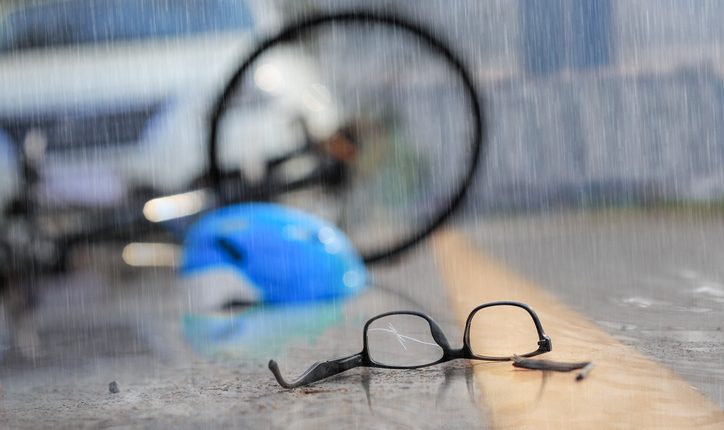 Back to the basics: When can a foreign person bring up a personal injury claim?

As a simple observer, I find that both in Europe and in other continents, trips abroad are frequent. Portugal is a tourist destination increasingly chosen by foreign citizens. One can’t ignore the fact that many British citizens prefer Portugal over other destinations, especially the south (Algarve) and islands (Madeira and the Azores).

A trip to Portugal is worthwhile – due to its geography, its culture, gastronomy, the people’s warmth – however, accidents can happen and personal injuries may result therefrom.

From my experience, the most common accidents that occur to foreigners (in particular British) in Portugal are road traffic accidents and fall-related accidents (in hotels, restaurants, shops, streets, etc.).

One may say that, from a legal point of view and in general, a road traffic accident involves fewer difficulties than other accidents, in particular, falls. The explanation lies in several factors: more specific and comprehensive legislation for road traffic accidents; easier evidence adducing due to the almost systematic intervention of the police authority shortly after a traffic accident; a considerable body of case-law on road accidents as a counterpoint to the small body of case law on other types of accidents. In my view, the reason for such a small body of case law lies in the fact that it is not very well developed yet in Portugal – or not as developed as in other countries, in particular when compared to the United Kingdom and the United States of America – a culture of accountability and responsibility inherent to a certain type of accident, especially falls.

What is the process usually like for clients, when an accident is first brought to light? What are their options if they are no longer residing in the country the accident occurred in?

A road traffic accident and other types of accidents involve a different approach by the victim’s lawyer.

However, several legal aspects are common to the various types of accidents:

– The general principles governing liability and the obligation to compensate the injured party (which are provided for in the Civil Code);

– The procedural rules (found in the Civil Procedure Code);

– The standard limitation period for the compensation right (which is 3 years from the accident’s date).

Regarding victims residing in a European Union Member State who have suffered an accident in another Member State, in several situations the EU law allows the legal action to be filed before the courts of the State the victim resides in. In many cases, that is an important benefit, even though, as a rule, it is the law of the State where the accident occurred that is applied to the case.

If the lawsuit cannot be taken before the court of the injured party’s residing State, it will have to be filed in Portugal because it is where the accident occurred.

What do insurance companies usually cover in this instance? How important is it for travellers to read the small print?

Insurance is another relevant aspect. In Portugal and in the case of road traffic accidents – as in many other jurisdictions – there is compulsory motor vehicle liability insurance, which is an important benefit for the victims. That does not happen in other types of accidents (for instance, falls), which increases the difficulty of the claim, as the defendant is not usually an insurance company.

Can you share the main differences between English and Portuguese law, regarding personal injury and accidents?

As I am not an English law expert, I cannot comment on the main differences between English and Portuguese law. However, from my experience liaising with English lawyers and injured parties, I have been able to identify certain differences: in Portugal the law is more codified (following the Napoleonic tradition), whereas in England it is more based on the courts’ precedents; in Portugal there is not as much tradition in claiming certain accidents, especially falls, as in England and in the United Kingdom in general; in Portugal compensations are not as high as in England; in Portugal, most legal costs are not refundable by the losing party.  I must say, though, that on the other hand, I have found many similarities between the two systems, both at the legal and at the case law levels.

In general, can you offer three tips of advice for clients, in case they ever got into an accident abroad, in your jurisdiction?

If a foreign traveller is involved in an accident in Portugal, I would recommend the following:

1 – promptly collect the greatest and best evidence possible (the testimony of witnesses as a means of evidence is particularly relevant in Portugal);

2 – in the event of a road traffic accident, call the police immediately;

3 – if another type of accident occurs, namely a fall, immediately inform the entity that may be responsible, in order to avoid any doubt about the accident’s very occurrence.

What has been your most challenging case?

Firstly I would like to make a more personal reference. Unlike England, in Portugal, there is no separation between the “solicitor” and the “barrister” roles. One can say that I am simultaneously a solicitor and a barrister because I often practice my profession of a lawyer at court. As a “barrister lawyer” I have had many challenging cases and I cannot identify “the most challenging” one. But I can say that the cases involving foreigners, the so-called “cross-border cases”, are always the most difficult and challenging.

What characteristics are important for personal injury law?

As a personal injury lawyer, particularly on behalf of foreign victims, I consider the following characteristics to be important:

– Good knowledge of the relevant legislation;

– Experience in dealing with such cases.

António da Costa Basto specialised in law in 1986 and is a Portuguese legal adviser mostly representing foreign citizens who have suffered accidents in Portugal, mostly British citizens. Since 1994, he has collaborated with several English law firms both on cases in the Portuguese jurisdiction and in the English jurisdiction, as a legal adviser and expert, occasionally attending English Courts for giving evidence on Portuguese law. He is a Member of AIDA – Association Internationale du Droit d’Assurances (International Association of Insurance Law), and a Member of the General Board of PEOPIL – Pan European Organisation of Personal Injury Lawyers, based in the United Kingdom, representative for Portugal.