The 10 Commandments of Negotiation for CEOs

Picture the scene. You’re making the deal of a lifetime and your negotiation skills could make or break it. The stakes are high and knowing how to negotiate to the highest standards to achieve the best outcomes without compromising long-term relationships is essential. 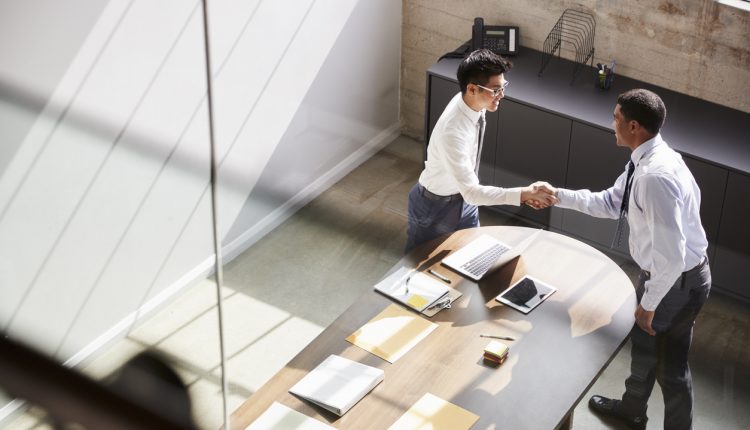 A difficult scenario, and one that most seasoned business people will be familiar with. Huthwaite has conducted the largest body of directly observed research into live commercial and contract negotiations, which reveals that most people, in most places, negotiate badly, most of the time.

Below we hear from Neil Clothier, senior expert at negotiation specialists Huthwaite International, who provides us with his top 10 commandments to create a safe negotiating environment that will pave the way for a successful business deal.

1. Sell first and then negotiate, if you have to

If you can sell your buyer an unchanged solution at the full, quoted price, why negotiate? However, in major business contracts, this is rare. Usually the buyer will signal the start of a negotiation by saying something like, “I’d like to do business with you if..” Average negotiators will have already given things away to achieve this position; the skilled will not.

Effective negotiation involves movement by both parties towards an outcome. Avoid ‘giving’ something without ‘getting’ something in return. When you need to move from any stated position, make a conditional offer such as “I might be able to move on X, if you are prepared to move on Y.” This is particularly important towards the end.

The seductive sight of a deal can tempt the unwary into unilateral concessions.

3. Win win is not fifty-fifty

We’re all encouraged to aim for win/win, but what Huthwaite actually wants to help our clients achieve is the best possible deal for them that still allows a win for the other side.

Many sellers feel that power in negotiation lies with the buyer. However, having worked with buyers, I can tell you that they often say the opposite. They need the service being sold and can seldom afford the deal to fall through either. Power is a perception. If you feel powerful, you are powerful, and you behave accordingly. If you feel weak, the reverse applies. If power is about perception and feelings, you can manage and control it.

5. Prepare and plan with care

Skilled negotiators do a number of things before a negotiation.

Thus they manage their feelings of power and identify the possible overlaps, trades and levers to give themselves the maximum flexibility to bargain.

5 Top Tips on How to Sell a Business

6. Identify and use your levers

A lever is something that costs you less than the value the other party places upon it. It can therefore be traded for something that you value. Comparing the priorities on each negotiable issue identifies those levers. Linking issues and obeying the Second Commandment makes sure that you use them.

7. Logic is not persuasive

This applies in every aspect of life, as any parent will tell you! Skilled negotiators know it too. They don’t browbeat the other party or use long chains of logical arguments. They have only one or two key reasons for any particular position they adopt. They do however prepare lots of smart questions to probe the other side’s stance. Their objective is to create doubt in the validity of that stance the first stage in persuasion. They accomplish the second stage and creating movement by offering flexible trades and using their levers.

A good deal is a creative deal. It creates additional value to whatever the two parties each bring to the table. Ideally, that value is created at the expense of a third party. For example, the competition or the taxman! When planning, skilled negotiators generate a wide range of creative options in considering how each negotiable issue might be settled. They look ‘outside the deal’ for extra value.

Preparing and planning are fine, but we all face impromptu negotiations with no time for either. When this happens, all we have to fall back on are our personal negotiating skills. The stereotypical image of the negotiator as a hard-faced and intractable character is incorrect. Skilled negotiators have wide behavioural repertoires and the flexibility to match their behaviour to suit the situation. Our programmes help develop this behavioural flexibility.

10. Keep all the balls in the air till the end

However tempting, avoid settling issues as you go, particularly the minor ones. The risk is that you discard your levers and the negotiation comes down to a single-issue confrontation with no other issues available to break the deadlock. You need to be able to juggle all the issues so that you can bring any of them back into play at any time before the deal is concluded, Until the end, settle Issues provisionally.

And of course, like any good set of ten commandments, there is an eleventh.

Also, an added bonus: remember that no deal is better than a bad deal. Obvious, isn’t it? But not so obvious when the deal has been in the sales forecast for months, it seems tantalisingly close and all that’s required to close it is a few final concessions. Because they’re clear about their ‘worst’ position and have a credible fall back, skilled negotiators recognise a bad deal and aren’t afraid to walk away from it.