Big enterprises are creating workspace cultures designed to appeal to an Instagram generation in a bid to attract a new generation of contingent workers that value personal recognition over salary and are increasingly choosing start-ups over big businesses. 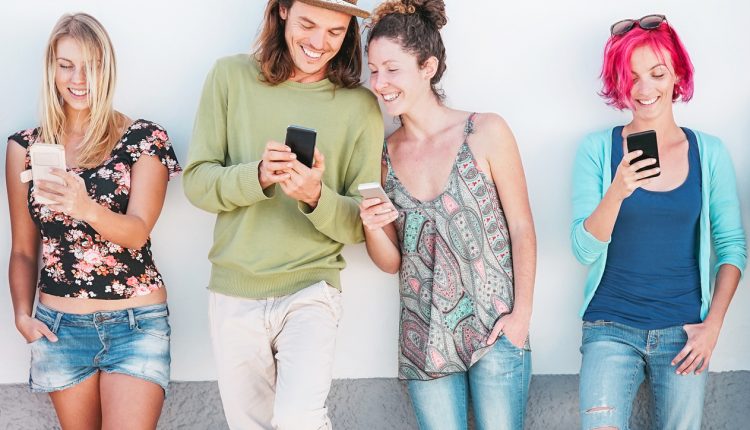 Here David Gould, CEO of CR Worldwide, explains why older corporations must change their ways to attract the new workforce.

Recent developments indicate that established corporations are experiencing severe problems in appealing to young talent. Almost half of millennials plan to leave their current job within a short period  and big brands that were previously the ‘employers of choice’ for graduates are now losing out to start-ups in the race to recruit this generation.

Established brands are losing their appeal to younger workers because many have outdated workplace practices which have not adapted to recent shifts in workforce demographics.

The new generations of workers, colloquially known as ‘Gen Z’, and their millennial predecessors, have a completely different set of workplace expectations to past workers. This mismatch between traditional employers and the new generation of workers is harming employee retention. A recent survey revealed that nearly half of millennials have left a job due to ‘burnout’ and, interestingly, the main driver of stress was a lack of support or recognition from senior management.

This contains a clue as to the problem. Large companies are losing out to start-ups in the talent race partly because the younger generation values individuality and self-fulfilment over salary and status. Small firms offer employees the ability to have individual efforts recognised and rewarded. If big enterprises want to turn the tide and win over young talent, they must find ways of reproducing the experience of smaller firms and ensuring that individual identity and achievements are not lost amidst the ‘noise’ of a larger workforce.

A key feature of the younger workforce is a desire to be recognised as individuals rather than cogs in a machine. While previous employers offered workspace cultures built around rewards for collective company-wide performance, the new generation wants recognition of their individual contribution. Past generations might have been happy with collective rewards such as a company Christmas bash and a bonus once a year. However, the new generation wants individual recognition and on a much more frequent basis. Instead of collective rewards that treat employees as a faceless mass, such as bonuses for the company hitting its profit target, modern employers need to consider ways of regularly recognising individual achievements such as contributing a great business idea.

The kind of recognition matters too. Previous workplace cultures were built around privacy, with any bonuses or gifts shrouded in secrecy for fear of causing resentment. Yet modern employees value peer approval over privacy and want the type of corporate gift that can be shared in a selfie. They often value the opinions of their peers as much as, if not more than, their manager’s. Rather than shying away from this, companies should embrace it as a chance to harness the new generation of workers as online ambassadors.

Want Exciting R&D? Treat Your Workforce Like Entrepreneurs And Give Them Headspace Emotional Intelligence: What Is It and How Can It Drive Your Workforce?

In addition to private ‘performance reviews’ with line managers, companies could base rewards on peer recommendations feeding into public ‘leader-boards’. Employers could also offer Instagram-friendly gifts in the form of photogenic experiences such as river cruises, sky-diving or a luxurious meal at a picturesque restaurant. Redesigning company rewards for the Instagram generation would also help bring corporate gift culture out of the shadows and into the open, removing resentment and allegations of bribery or cronyism.

The new breed of employee is less and less inclined to acknowledge traditional distinctions between social life and work life. This means both that they want to be able to share office experiences outside of work and they want employers to provide leisure activities and care about their mental wellbeing, as well as their performance. The current fashion for measuring workforce wellbeing in terms of ‘job satisfaction’ is too narrow and restrictive; in future, companies need to measure wellbeing in a more holistic sense in terms of ‘life satisfaction.’ A recent survey showed 64% of workers had poor mental wellbeing and the primary cause was a lack of time to focus on ‘wellbeing and exercise.’ Almost half want employers to provide facilities for exercise, yoga and even meditation, traditionally considered out-of-hours activities.

Employers should turn this trend to their advantage by creating ‘Instagrammable’ opportunities for fitness and wellbeing inside and outside work, from ping-pong tables to team-building experiences such as rally-racing. Facilitating employees to share positive workplace experiences on social media would appeal to a younger generation of employee and harness their social media feeds as part of the corporate recruitment drive. We have seen pioneering businesses create team-bonding exercises and travel incentives including company sports days and adventure trips to South Africa.

A more holistic view of employee wellbeing means rewarding not just work-related targets but also personal development goals such as training for a marathon or quitting smoking. For example, data from employee fitness trackers could count towards ‘points’ which lead to rewards that can be redeemed via smartphone when a certain number of points is awarded. This could reduce work-related stress and improve retention rates by demonstrating the employer’s commitment to overall wellbeing as well as productivity.

The key to large enterprises attracting a modern workforce is to move beyond traditional conceptions of work/life boundaries. Instead, companies should recognise that improving overall employee wellbeing, inside and outside work, is the key to improving job satisfaction. Crucially, they must reconfigure corporate HR policies around recognising and rewarding individuals.