Rita Trehan is a sought-after international speaker, renowned business transformation expert and CEO of global transformation consultancy Dare Worldwide. She’s helped Fortune 200 companies and large corporations worldwide to improve operational efficiency, performance, consistency, and profits. Although she cut her teeth in the realm of HR, her ambition and imagination has driven her beyond such parameters to become the strategy guru, and often the energy, behind a host of successful CEOs worldwide. Below she shares her five key pieces of advice that will help new CEOs hit the ground running. 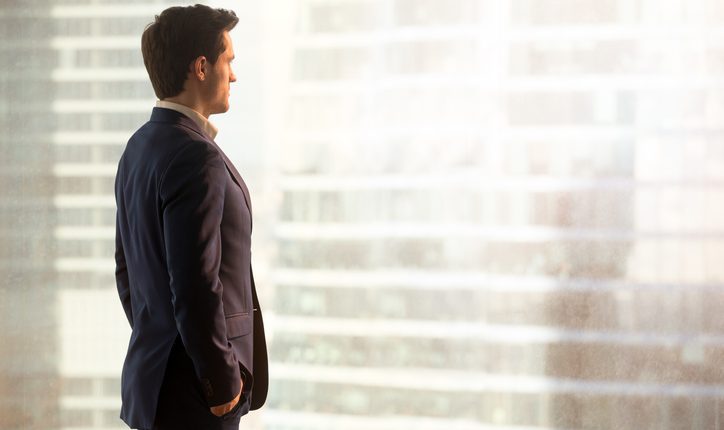 When I work with new CEOs, one of the first things they ask me is “what should I do in my new position?”

It takes more than future planning and strong processes to be a great CEO. When you embark on your new role, the chances are you’ll be confronted with a number of problems and challenges. Most CEOs won’t know the whole story of what they are inheriting, so the big question is: how do you deliver quickly while at the same time, making sure that you’re doing the right due diligence to understand the organisation?

Seek to understand first, and then act. The desire to “do” and “act fast”, can be hard to resist, yet few CEOs (unless perhaps an internal successor), have enough information or insight to know whether their assumptions about what to act on, are in fact accurate. Listening as often as possible and taking the time to understand what is being said. Is key to long term success. When I say that a leader needs to listen and understand, I do mean this very literally.

I would like to see more CEOs taking the time to speak to people both within and outside of the organisation. In my experience, the best way to learn about the business you are taking on is to make certain that you really understand it from the perspective of those doing the work, day-to-day and not limiting this to just what they are doing but also what and how they are thinking about what could be done in the future.

It takes more than future planning and strong processes to be a great CEO.

It’s also important to gather insights from external stakeholders; from customers to suppliers to prospective partners, gaining the opinions of people who are key to the success of the business can provide important insights about the company’s reputation and perception as seen from their vantage point.

There are, of course, numerous ways in which CEOs can gather these insights. From organisational insights diagnostics to holding CEO listening sessions, typically in the form of focus group sessions with various people across the organisation, the objective is for a new CEO to get a 360 view of the company. Using both diagnostics and smaller focus group sessions to discuss a wide range of topics; from how to engage with stakeholders and gauging opinions on what people feel can be improved on, right the way through to asking how the company can capitalise on what are drivers for success is a powerful way to build an understanding of the business.

Beyond engaging in discussions, I have often advised CEOs to spend time “doing the job”. i.e. answering call centre queries, shadowing engineers, meeting with customers, visiting partners, the point being understood first so when you act, you are acting on the right things.

With a perspective that is both wide and deep, enables CEOs to establish a strong game plan on how to take their organisation forward. Armed with that information, you will be in a much better position to know which decisions to make, when to make them and why.

The next thing I always say to new CEOs and business leaders is to surround yourself with the right people.

Ensuring that you have the best team in place is one of the most critical decisions you can make because it’s those people who will help to execute your strategy. If the right team is not in place, then a CEO is on the back foot before they even get started.

The biggest derailment to a CEO’s success can be not making the right people decisions early enough; whether that is around capabilities and or knowing that the team is on board and supportive of your direction, it’s an area to assess quickly and if changes are needed, taking action quickly is vital. The aim is to ensure you surround yourself with the best people who will help you move forward. The leadership is then a cohesive team that has a single voice when engaging with the rest of the organisation. Communicating strategy, leading initiatives becomes easier, as you have the right people in place to be able to execute what you believe to be the vision of the future.

Life is full of decision; we all make thousands of seemingly unimportant decisions every day. As a new CEO, it can be tempting to shy away from taking key steps early on and to instead spend months assessing the lay of the land. But prioritising and focusing efforts in the right areas and then actively making decisions is a key part of your role – there’s no hiding from it.

Be as transparent as possible with your staff, be open to discussing the business’ direction and demonstrate a willingness to listen to new initiatives and suggestions for improvement.

Whether you’re taking ownership of an existing large-scale transformation, having to make tough talent decisions or confronted with new business ventures, there is no time to drag your feet. Choose your priorities and act within the first few months, if not sooner.

CEOs are expected to drive change, so tackle these issues head-on as soon as you can. If you don’t, you risk creating levels of uncertainty about, how much change and how often can people expect it. Driving change and making tough calls early, hopefully, means you only have to do it once.

As a business leader, especially a new CEO, earning the trust of your employees is important when it comes to running a successful business.

Trust is at the heart of any good relationship. Building trust as a new CEO, may not happen easily. People are likely to be uncertain about change and what a new CEO means. Ultimately, people want to know what you stand for, what the strategy is, what’s likely to change, and or stay the same. Clarifying this early, goes a long way in creating commitment and buy-in.

Be as transparent as possible with your staff, be open to discussing the business’ direction and demonstrate a willingness to listen to new initiatives and suggestions for improvement.

In addition, I’d always encourage new CEOs to get to know their employees. By developing personal relationships, we develop trust, so finding out more about your staff, what they do, what they think and actively engaging in conversations with people matters. Consistent messaging and reinforcing your messages, help people connect to and trust.

Remember: no matter how ground-breaking your strategy might be, your success is heavily dependent on the support of your team, so it’s essential that you make those connections.

As a CEO – especially one who has recently taken on the role – it is likely that you will be less involved in the day-to-day operations of the company and more focused on strategic decisions that will drive the business forward.

A successful leader spends as much time coaching and developing people as they do on the financials and operations of the business. Your team will learn by your leadership, and by setting a great example, you’ll be inspiring others to do the best they can for the benefit of the organisation.

Knowing that building talent capability is a core part of a leader’s role, will not only be seen by other leaders – it will enable you to help them to be the best they can be.

Intel: We Need to Defeat the Diversity Deficit Now

Racial Diversity: There’s More Work to be Done in the Workplace

How CEOs Can Enable the Next Generation of Startups