How to Break Free of the Executive Rut

If you’ve been a CEO long enough, you likely know what the ‘executive rut’ feels like. The risk is that after years of lounging in the rut, disastrous behaviour can begin to takeover. 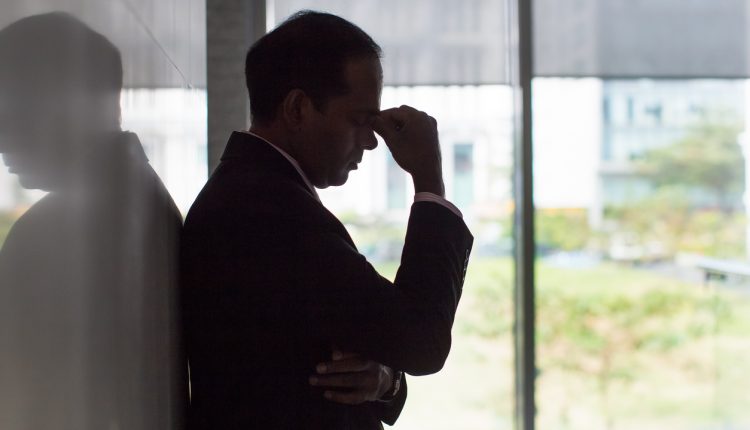 Here Kedge Martin, CEO of executive mentors Rutbusters, discusses several solutions and considerations to make, how to break free and how to take care of yourself.

I have found repeatedly that even highly successful and senior business leaders get to a stage where they feel their engagement and motivation is gone and life begins to be a bit groundhog. The fulfilment, adrenaline charge and excitement that was once there has disappeared and they get stuck in a rut.

It strikes CEOs as much as other senior managers, with the strengths, values and attributes that were the foundations of their achievements, often turning destructive.

A report from executive search firm MWM Consulting found that destructive behaviour in business leaders can kick in after five years; disastrous for the company, investors and employees. When the CEO gets in a rut, the impact trickles through the organisation fast.

As members of the sandwich generation, many senior executives find themselves pondering both the practical exigencies of the next 30 years, such as career and finances, as well as existential doubt about the role they should play and who they really want to be for the last third of their lives.

Is it any wonder that mental as well as physical health problems are growing in this age group?

Poor leadership also has a significant negative impact on their teams too – undermining morale, leading employee disengagement and attrition.

Whilst mental health and wellbeing are high on many firms’ radars, it is often only addressed when it has become a major problem – with counsellors given when people go off sick with stress or in extremis, support to the team when there has been a suicide.

A recent report from the Mental Health Foundation showed that promoting wellbeing at work provided a return of 11:1 mainly due to reduced presenteeism (lost productivity that occurs due to an employee working while ill) and absenteeism (missing work due to ill health).

Whilst changing roles might seem an obvious answer to get out of a rut, the reality is a change of scenery does not automatically translate into fulfilment… it may simply be a case of new job, same problems.

Here are some alternative strategies to help you bust out of an executive rut.

Work misery shouldn’t be a silent problem; if possible, share your concerns with those closest to you. Talking to a professional coach/mentor, someone independent of your business and social network is critical to give you some perspective. Being able to speak out loud to someone who has no pre-conceived ideas of who you are or should be doing, no agenda other than to support, who will give you non-judgemental unconditional positive regard and feedback is hugely beneficial.

Give your brain a break and have some digital detox time

All our internal thoughts and the external environment can overwhelm our senses and cause our brains to get overloaded and overwhelmed. Set aside some time to have silence – this might be the first two minutes on waking or just sitting in silence for one minute before your lunch; or take a walk on the weekend – without any sound. Just two minutes will give your brain a break and allow space for creative thoughts to come through.

Allocate time to be disconnected from your phone – this could be post 2030 until the next day or all day Sunday. Switch it off completely. This allows you some space without electronics but also shows your brain that you are in control, self determining and do not have to be ‘always on’ to respond other people’s demands.

If you don’t want to change jobs:

If you want to move on:

If you’ve had a crisis of confidence at work, switching jobs could seem the best answer but if you have failed to address the source of your misery you could be on the road to nowhere. I’ve seen managers swapping one job for another very similar one and being surprised that within weeks they were just as unhappy but on higher pay.

Consider what you want this next stage to look like

Dedicate some time to thinking and formulating a plan. As someone said, ‘the time will pass anyway, you can either spend it creating the life you want or spend it living the life you don’t want’. Think about how you would spend your time if money were no object, if other people’s opinions didn’t matter and what you would do if you knew you wouldn’t fail!

*The research was conducted on behalf of Rutbusters by accredited research agency Censuswide in May 2019 into 1,001 full-time employees with management responsibilities aged 40+.