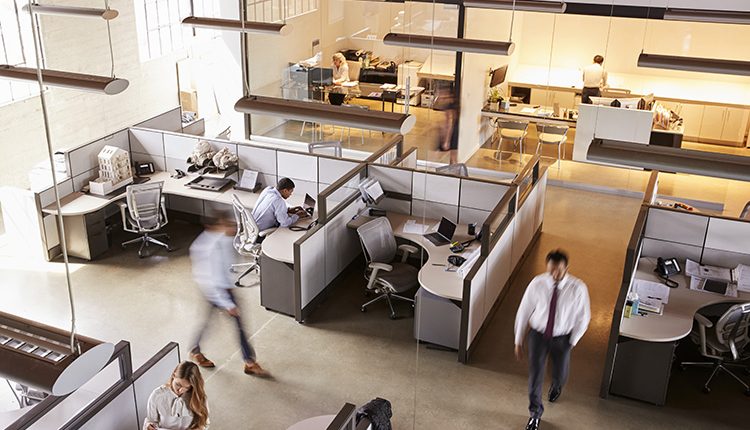 Sylvia Sage, Programme Director at Corporate Learning Solutions, discusses how culture and respectful working environments are a must for any business space.

A business is nothing without its people.

But workplace discrimination, bullying and harassment are rife in the UK and are affecting staff morale and harming performance.

Far from being the odd isolated incident, we have seen a string of business leaders, organisations, and whole sectors come under fire for inappropriate treatment of staff.

From Google and Amnesty International to the NHS and Westminster, few sectors are immune.

What should CEOs do to tackle bullying and harassment and build more respectful work environments?

Bullying is the second biggest workplace concern after stress, according to a TUC survey last year.

A separate study by the University of Manchester found that almost half (47%) of employees have witnessed bullying at work.

Research shows that the most common type of bullying is by a manager towards a subordinate.

What’s more, media stories frequently focus on CEOs and business leaders who are accused of bullying and harassment.

What are the consequences?

The performance-driven nature of many businesses has blurred the line between exacting standards and bullying.

Discrimination, harassment and bullying at work not only have a damaging impact on the mental and physical wellbeing and performance of the victims, but also on the morale and productivity of colleagues and the wider team.

If left to fester, bullying and harassment create a toxic culture that permeates an entire organisation.  Talented staff might leave the business.  Word might spread.  Customers and investors might think twice before deciding where to place their money.

For CEOs wanting to lead high performing teams and successful organisations, they must root out discrimination, bullying and harassment. They must instead build a culture of respect and zero tolerance for inappropriate conduct.

What do CEOs need to do?

CEOs and business leaders are responsible for the climate within their organisation.

While everyone in the organisation needs to be aware of bullying and harassment and how to tackle it, the tone is set from the top.

To set the right tone, leaders must focus on their behaviour and that of the senior team. They are important role-models for the entire organisation.

If these observed and perceived behaviours are appropriate and positive, the organisation and its people will follow.

CEOs need to do three things:

One – Start with self-awareness

The first step is for CEOs to examine who they are and what they stand for, and, as importantly, they must also know what they don’t stand for.

What behaviour do they want to promote? Conversely, what do they see as inappropriate behaviour – and what will not be tolerated under any circumstances?

It is only by assessing and understanding their own core values that CEOs and senior leadership teams can begin to set the tone for the wider organisation, by modelling the behaviours they aim to promote.

They also need to understand the basic legal framework.

Harassment and discrimination are against the law. In the UK, there are 9 protected characteristics, which are defined by the Equality Act 2010:

Two – Build the values within the senior team

An ideal scenario will involve the CEO and the senior leadership team taking a ‘thinking break’ together.  Away from the busy-ness of their demanding work environments.  They can analyse their organisation’s official values and what these actually mean in behavioural terms, or discover, discuss and define the values they espouse for their organisation.

These shared values and desired behaviours will find their way into a Code of Conduct for the team and/or the wider organisation, that fosters care and respect between all staff.

This will be effective if it is agreed collaboratively and if all members commit to holding themselves and each other accountable – the Code of Conduct should be the organisation’s playbook that all refer to.

This ensures a consistency of message, and that behaviours – both observed and perceived – are appropriate and in line with the culture the CEO and senior leaders want to instil.  It also creates a point of reference for behaviours which need to be addressed.

It is only by creating a positive, nurturing and safe environment that CEOs and management will be able to develop high performing teams and a truly successful organisation.

Three – Reach out to influencers within the organisation

Finally, to instil the values throughout the organisation, CEOs and Management must build relationships across the entire organisation.

This involves going out onto the shop floor and connecting with the formal and informal networks and influencers within the business.

Truly listening to these people will enable leaders to gain important information and understand the culture of their organisation, as it is really lived.  They will also understand what they and their management team might need to action or change as a result.

These conversations will tell them whether their employees feel safe – we all work best when we don’t feel threatened from within the organisation.

Many of today’s most successful companies promote strong ethical values and pride themselves on being great places to work.  They have a loyal and engaged workforce, and a positive impact on a wider audience.

Staff who are treated with respect, and feel valued and safe, are far more likely to behave well towards those around them.

By focusing first of all on their own behaviour and that of their management, truly listening to their staff, and promoting respectful behaviours, while honestly driving a zero-tolerance policy for inappropriate conduct, CEOs can help to build trust throughout their organisation.

Displaying competence, reliability and affinity with their people, CEOs will be able to create a happy and engaged workforce.  In so doing, they will boost wellbeing and create a positive and high performing culture – free from discrimination, bullying and harassment.