The Flat Earth Society and What Leaders Can Learn from It

More than 475 years after Copernicus published his theory on the Revolutions Of The Celestial Spheres, in direct challenge to the popular belief that the earth was the centre of the universe, there has been a significant rise in members of the Flat Earth Society. 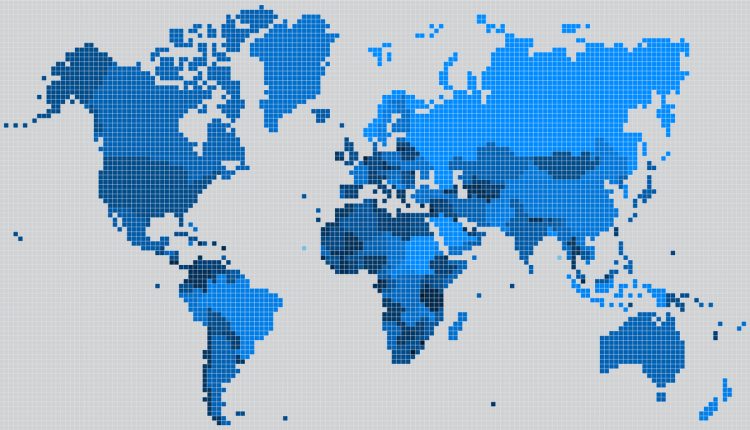 So, what does that tell us about human behaviour and what alarm bells should it set off for modern business leaders as they try to make good decisions? Tom Blower, Managing Director and Executive Coach, EMEA at Black Isle Group, explains for CEO Today.

Given all the evidence published since 1543, you might say it is remarkable that anyone still believes the earth might be flat. But whilst some people have clung to a literal view of what is written in the Old Testament, the rise of the Flat Earth society has largely been attributed to the internet and the access it gives people to information, and each other.

Indeed, having taken 50 years to reach 3,500 members, the modern Flat Earth Society can today boast more than 300,000 visits to its website every day. So, it seems Flat Earthers have only sought out information that confirms their own beliefs. Their attitude to other information is to dismiss it as a hoax, a conspiracy, or to assimilate parts of it into their own way of thinking.

The situation is exacerbated by algorithms, employed by social media platforms, which push content to match what we have already engaged with, effectively confining us to an echo chamber.

It’s not only special interest groups that have been affected. The polarisation of politics in the UK around Brexit has been driven by the reality that we can all find the information we want to see, rather than what we need to hear.

The polarisation of politics in the UK around Brexit has been driven by the reality that we can all find the information we want to see, rather than what we need to hear.

This a serious issue for CEOs. As human beings we are all subject to confirmation bias – which is seeking, recalling or interpreting evidence that only conforms with pre-existing beliefs. It is one of several biases – mental shortcuts we unwittingly deploy to solve complex problems – that can lead to poor decision making.

Our vulnerability to these shortcuts, often referred to as heuristics, is exacerbated when we perceive time is short and pressure is increased. This encourages us to want to reach an outcome quickly, rather than set aside the necessary space to engage in thinking at the right level.

In a world in which technology is forcing businesses to adapt to remain relevant, the pressure on CEOs is high, increasing the complexity of the problems they face and shortening the perceived time available to make decisions.

In these situations, they are more likely to cling to their expertise – offering directions and decisions based on their own frame of reference – rather than exploring different perspectives.

Under pressure, we are all likely to react to dissonant voices or information by dismissing it. Busy people don’t tend to really listen; their brains are too full of other thoughts to focus on the words of someone else.

Einstein famously said: “We cannot solve problems with the same mindset that created them.” However, these biases effectively prevent the shift in mindsets needed for CEOs to make strong, informed decisions by seeking alternative perspectives.

Good leaders are prepared to be wrong and capable of thinking differently, rather than sticking to ‘how it’s always been done.’

Good leaders are prepared to be wrong and capable of thinking differently, rather than sticking to ‘how it’s always been done.’

Thinking differently requires space and time for thoughts to emerge. The military, airline pilots or astronauts, all use simple mantras to help them think clearly under pressure. These mantras are basic, easily-repeatable words – such as Warn, Gather, Work the Problem (NASA) – that prevent the automatic, reaction-based thinking that can lead to poor decision making. Business leaders can create their own mantras to arrest the reactive part of their brain and engage the part that will enable them to pay fuller attention.

Once we pay attention, curiosity can emerge. Instead of assimilating other people’s perspectives, ideas or suggestions, we can use questions to explore thinking. In doing so we recognise that leadership is not having all the answers. A mindset built on expertise needs to be replaced with one based on exploration.

Allied to the explorer’s mindset is the ability to create and express a clear long-term vision. When you are the expert, people tend to trust your views and decisions. It’s easier for them to bring problems to you, the leader. This builds a dangerous dependency. Explorers need to create a clear sense of where the destination lies, to bring others with them.

Leadership is often about knowing when to get out of the way. If leaders are prepared to listen and take on new perspectives, they must allow others to grow, to give them the opportunity to become independent. Leaders help others to lead.

In summary, there is a little bit of a Flat Earther inside all of us. So, we need to consciously create the space to listen and to absorb different perspectives.

The key is to listen to others with curiosity, allowing the deliberate, deep-think conscious parts of our brains to take over from the automatic reactive parts.

If we can create space for this thinking to emerge, if we can pause to allow others to be heard, then it creates a space for curiosity and fresh perspectives which can help take a business forward.