One of the key challenges to successful business change can be the reluctance of key stakeholders to embrace the programme. 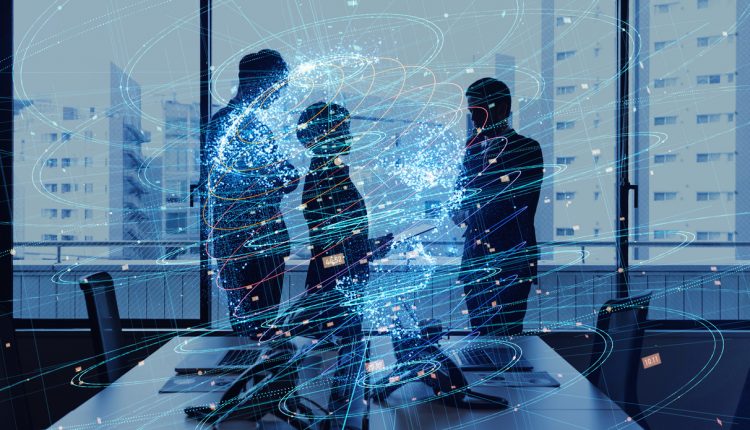 According to Eman Al-Hillawi, a principal consultant at business change consultancy Entec Si, while agreed steps are generally meticulously followed and plans poured over, the emotions associated with change are rarely considered to the same extent.

Whether large or small, change often makes employees feel vulnerable, therefore, the change process must demystify these concerns in order to ensure the process is as efficient and successful as possible. Even the simplest of business changes can backfire if an organisation’s politics are ignored. So how can effective change be achieved while ensuring that political sensitivities are managed?

Most organisations view their workforce as their most valuable asset; therefore, it is essential that employees remain onside throughout the process. Change within the workplace is inevitable; however, it can be greatly improved with the support of both the existing internal team and external advisors. By creating a mixed, blended team it is possible to facilitate effective and sustained success that benefits the entire organisation.

When faced with change, the natural initial reaction for members of staff is usually to consider the personal impact this will have on them. Therefore, a good change programme will consider the effect on individuals ahead of time and offer support mechanisms from the outset to mitigate any unnecessary issues which may occur during the process. By staying one step ahead in this way, change managers can adopt a positive, honest and structured approach that benefits both the organisation and its employees.

As with the emotions surrounding change, the politics of an organisation are often underestimated and poorly judged. While focus is usually given to senior stakeholders, the truth is that influencers can be spread throughout the business and across many different positions. For this reason, it is important to map out stakeholder groups at an early stage in the change programme, in order to work out who the organisation’s true influencers are. By spending time with employees and getting to know the political and personal dynamics of the workforce, it becomes far easier to identify the change champions and those who are perhaps likely to be more reluctant.

According to the 20:60:20 principle, organisations embarking on change programmes can be split into three groups. The principle assumes that 20 per cent of people in an organisation will be pro-change, while another 20 per cent will disagree with the plan and may attempt to disrupt change measures as much as possible. The remaining 60 per cent are classed as neutral, understanding the need for change but remaining sceptical about the actions proposed.

According to this theory, the bottom 20 per cent, who are against the change should be disregarded and all efforts should instead be directed to the top 20 percent who can help with bringing on board the neutral 60 per cent. However, the reality is that this is not always practical – the 20 per cent who are against the change agenda could be incredibly influential, with the potential power to sabotage the entire process. Similarly, this relatively small group has been known to result in some of the change process’ biggest converts.

With this in mind, it is important to spend the time considering the underlying reasons for resistance. Thought should then be given to how the transformation process can be organised to reflect the needs of the majority of employees, independent of their personal views. Different people have different worries and similarly respond to different methods of communication. By recognising this at an early stage, change managers can help businesses to avoid costly and time-consuming resistance issues throughout the project.

While the process of change is often very structured, the complexities and unstructured nature of emotions can present challenges. However, by recognising this and building these considerations into the change plan from the very beginning, it becomes easier to anticipate and mitigate issues. These steps can range from building buffer time into the larger change plan to allow for setbacks, to creating a communications strategy which pre-empts issues, including a frequently asked questions-style resource to answer employees’ questions. This can be further developed by offering individuals the opportunity to ask anonymous questions, with the answers being published internally. This is a powerful way of demonstrating that the organisation is committed to its employees’ happiness, as well as the efficient rollout of effective change.

It is also advisable to look at the bigger picture when making organisational changes, for instance, will the proposed change have the predicted results? Will it solve the problem, or could the problem actually be elsewhere? People, processes and technology are all connected – so a holistic approach to business change is essential to prevent unnecessary problems occurring further down the line.

When undertaking a change programme, it is important to remember that people have a natural resistance to change. By communicating clearly and at an early stage, being consistent with key messages and addressing employee concerns head on, organisations can succeed in taking a proactive, as opposed to a reactive approach, which will benefit the entire organisation.

Your BusinessEntrepreneurs & New BusinessFeatured
By Eman Al-Hillawi On May 29, 2019
BoardroomCEOChangegrowthInfluencersinvestorsStakeholdersWorkplace
Share FacebookTwitterGoogle+EmailPinterestLinkedinTumblr