Is The Tech Industry As All-Powerful As We Think? 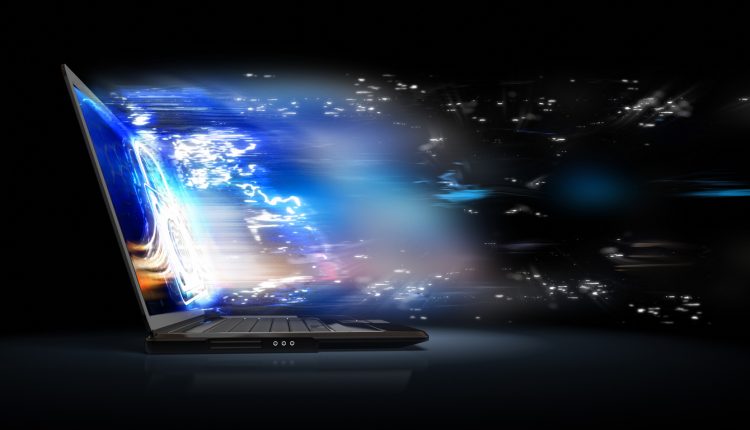 As a driving force of innovation and empowerment on a global scale, the tech industry has made a name for itself as one of the most powerful sectors in the world. Technology is now a staple in our lives more than ever before, revolutionary products and services are being created every day and leading the space, and as the industry expands, so does its influence on everyday life and neighbouring trades–but there are limits to this domination.

The bigger it gets, the more these limits become apparent and we find figureheads putting a cap on growth, lest it get too powerful and swallow us whole. It is a reasonable fear that someday, on its current trajectory, we might lose the control we have on this power—so are we justified in our scepticism, or are we preventing what is best for us? Is the tech industry as powerful as we think it is?

A concern of recent times is the rise of ‘Fake News’, made worse by the possibilities presented from advanced AI that continues to advance at an almost alarming rate. Deepfakes—fake videos created from footage of real people to manipulate their facial movements—are one of the biggest concerns. Using human image synthesis, it is possible to create fake footage from a single image, as evidence from the enlivened Leonardo da Vinci’s Mona Lisa painting, brought to life from Samsung’s AI research laboratory in Moscow. While an incredibly impressive feat, allowing her to move, speak, and be viewed from new and previously unimaginable angles, it also brings with it the terrifying potential for misuse.

Before the Mona Lisa was awakened, Barack Obama faced a similar fate in 2017. Created by researchers at the University of Washington using artificial intelligence to model how Mr Obama moves his mouth when he speaks, they were able to create synthetic footage of the former President, with a speech that he hadn’t made in reality. The implications of this are far more dangerous than simply animating a famous painting—creating something fraudulent based on a real person, especially one with real-world power, has a real-world impact and consequences. But what it all comes down to is: will people believe it?

Evidently, yes. A doctored video of Nancy Pelosi, which has been viewed more than 2.5 million times, shows the Democratic leader speaking incoherently which has sparked many a remark of her drinking habits. It didn’t take much work to create such a video—it’s only the original footage slowed down by 25%, yet it has had responses and been shared by many in positions of power. One such response came from Rudy Giuliani, the president’s personal lawyer, who commented in a removed tweet: “What is wrong with Nancy Pelosi?” It gives an inappropriate and incorrect impression of the individual, and one that has been believed as truth despite its rudimentary editing.

Twitter and Gfycat announced that they would delete deepfake content and block its publishers, however Facebook has notably refused to remove the Pelosi video. While not a deepfake per se, it is still footage created and presented to be intentionally misleading. If one can believe a video that has been slowed down to be an accurate portrayal of character, it stands to reason that true deepfakes, with AI mapping and synthetic movements, are far more dangerous especially given the nature of online shareability.

Facebook itself is having trouble of its own. A vote took place to decide Mark Zuckerberg’s future at the company, as he was being called to step down as Chairman in order to focus on leading the company effectively and on his role as the company’s CEO. Though Zuckerberg survived the vote, Alex Stamos, Facebook’s former security chief, spoke in favour of the call: “There’s a legit argument that he has too much power.”

Google has also been chastised for its overabundance of power and using its dominant position to quash its rivals, according to the Competition Commission of India, which is investigating the tech giant for violations of antitrust laws. Not the first time, however—Google was fined $5 billion by Europe’s competition watchdog for similar practices, despite its defence that the company’s Android products and services promoted choice rather than hinder it.

And then we have Huawei.

After months of back-and-forth turmoil between the US and China on trade tariffs, Washington added Huawei to a list of companies that US firms cannot trade with unless they have a licence. Accused by President Trump’s administration of fraud, violating US sanctions and stealing trade secrets, what has been deemed a ‘technology cold war’ has begun. On the back of this decision, Google barred Huawei from some updates to the Android operating system, which could mean the loss of access to some Google apps from those models.

Song Liuping, Huawei’s Chief Legal Officer, said of the ban: “This decision threatens to harm our customers in over 170 countries, including more than three billion consumers who use Huawei products and services around the world. By preventing American companies from doing business with Huawei, the government will directly harm more than 1,200 US companies. This will affect tens of thousands of American jobs.”

“Politicians in the US are using the strength of an entire nation to come after a private company,” Mr Song continued. “Today it’s telecoms and Huawei – tomorrow it could be your industry, your company, your consumers.”

It’s a tumultuous time for tech. There’s no shortage of strength within the industry, and absolutely no doubt that technology has made a valuable impact on our lives for the better. Misuse and abuse of what we have will always be an issue—its nothing new to have our technology used inappropriately, however as it becomes more and more powerful with the ability to achieve bigger and greater things, so must our caution and understanding of what we’re getting into before we take the leap. Treading with caution, fact-checking before believing and sharing, and promoting positive use will always allow for the best innovation of our time. In the same vein, allowing for a diverse wealth of technology and healthy competition will enable us to remain properly critical, spoilt for choice, and decide what is ultimately best for ourselves.