The Power Of The Mindful CEO 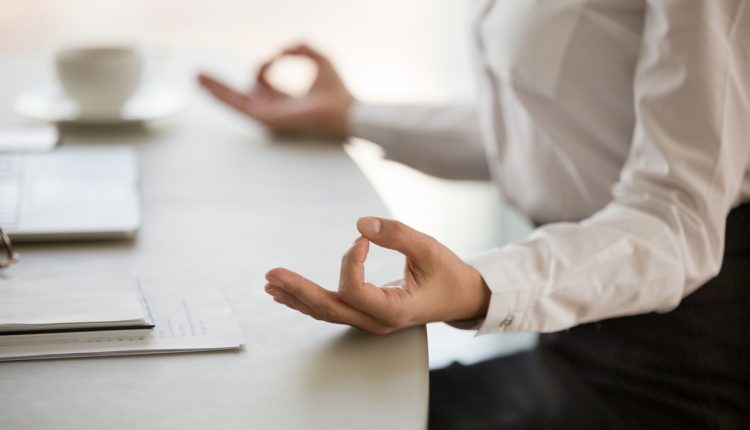 Kim D. Desrosiers is a Managing Director at FTI Consulting, Inc., an independent global services firm where she solves complex problems for clients within the alternative dispute resolution and cost allocation consulting space. For more than fifteen years, Kim has taught mindfulness and meditational practices, both domestically and internationally, with a recent focus on the mindful leader. Kim identifies these meditation and mindfulness practices as highly effective tools for positive performance outcomes, and credits them for her later-in-life achievements in alpine, trad and ice climbing.

I am not a CEO. What I am, however, is a management consultant. And management consultants are experts at diagnosing problems. Let’s make no mistake – there is a problem, right now, in and for leadership. Executive officers and business leaders face the problem of the constancy of problems. Each and every day, they find themselves feeling as if they are balancing precariously over a precipice. This is not a sustainable position in which to find oneself, over and over again — think Bill Murray in ‘Groundhog Day.’ But in our present-day version of the story, Murray runs the cable network, and subscribers are ‘cord cutting’ in droves, and his company’s market share is draining away, a direct result of binge-worthy streaming competition. Cue problem-solving management consultant (that’s me). But it’s not what you think. And yet, it is.

What and how we think is a function of what neuroscientists call ‘the nervous system’ and what philosophers call ‘the mind.’ Most would agree that it is our core processor for living in the world. But when we stop to consider it more fully, most cannot even find where it starts, or if it ends. I invite you, right now, to try. Did you find it? Don’t worry if you didn’t, I promise, it’s there.

A New Way of Thinking About the Mind

Prior to the 1980s, scientists were unaware of our nervous system’s ability to change over the course of an individual’s life – the brain was considered to be largely a stagnant thing, and hardwired by early adolescence. Over subsequent decades, beginning in academia, then moving into the medical community, and now into the business sector, a reimagining of how the mind works, and the potentiality of change, has taken place. This shift in perception can, in part, be traced to a practice widely known now as ‘mindfulness.’

“My first glimpse into the power and possibility behind what I would later come to understand as ‘mindfulness’ was from Peter Senge’s seminal The Fifth Discipline followed by Presence,” explains Betty Shotton, the founder and leader of six companies, including two airlines. Shotton reflects further — “These books were game-changing for me as a CEO and business owner. A genius ahead of his time, Senge introduced me to the power of ‘pause’ – a step back from intellectualising and rationalising, an allowing.”

Many have heard the term mindfulness, or perhaps even tried out an app developed for training in it. But what is it exactly? Simply stated, mindfulness is paying attention in a particular way, on purpose, in the present moment, without judgment. To break it down further, “paying attention in a particular way” is the simple act of placing one’s focus on one subject. When “on purpose” is layered in, we have added intentionality into the formula. “In the present moment” further directs that attention, so that placement of the mind is on the “now.” Finally, we act on these aspects free of the weight of judgement. Synchronising these elements isn’t difficult, but it does take practice.

The acceleration experienced in markets has revolutionised how certain current corporate executives exercise their core processor, with mindfulness practices viewed as tools of performance. Leaders such as Shotton, currently CEO of liftoffleadership.com, as well as Marc Benioff, CEO of Salesforce.com Inc., Bill Ford, Executive Chairman of Ford Motor Company, and Jeff Weiner, CEO of LinkedIn, are vocal mindfulness champions.

Like exercising a muscle, practising mindfulness builds and enhances the nervous system, giving oneself a mental upgrade. I have heard some describe the investment in a mindfulness practice as akin to the install of an enhanced operating system. Such an updated system in one’s thinking allows for decisionmaking that is proactive rather than reactive, and moves the leader’s agency into a position of power that is harmonised with the needs of their organisation. Although in many cases, that investment is only made when the leader is overwhelmed, and over a precipice.

Thomas Earle, CEO of Liberty Resources, Inc., found his mindfulness practice in 2004, after feeling the pressures common to the chief executive officer’s experience, and having found himself looking over that edge, imbalanced, ready to fall. Recognising that something needed to change, Earle attended a seminar on mindfulness in the workplace, where he discovered his practice. “Paying attention and listening in a deliberate, focused manner, being engaged in the present moment, positively, withholding judgement and personal blame were eyeopening.” Fifteen years later, he reflects on what this has meant to him, and describes the outcomes of his mindfulness practice as empowering, allowing him to effectively lead with focus in a rapidly changing and demanding marketplace.

Simply stated, mindfulness is paying attention in a particular way, on purpose, in the present moment, without judgment.

Similar to Earle, after fifteen years of practice, when it comes to my professional life, what I have found is that mindfulness allows the seeing of every problem as an opportunity seeking a solution. At this stage, for both myself and my clients, I can reframe the concept, without needing to change anything but my own mind, taking a negative value or “problem” and spontaneously recasting it as something far greater, and positive. Performance following training in mindfulness allows the suspending of the mind of judgment, a mind that creates confusion and obscures the relevant. The “pause” described by Shotton creates a space so that the mind clears. Practising the pause gives an advantage to the leader, such that one can remain in a state of clarity long enough to allow creative solutions to emerge. Practice is the key to this steady state of mind, by the cultivation of an ability to move beyond merely recognising an exceptional performance, to the state of being able to exceptionally perform.

Placing your attention on looking at your mind and managing it as the highest return investment you can make will result in a pause, followed by a shift. The conversation in your mind will change when you see the precipice not as a void of negative potentials, but rather a door behind which are positive solutions—followed not far behind by the healthy balance sheet.

The problem-solving management consultant in me wants each person reading this to take up a mindfulness practice. Leaders like Shotton, Earle, Benioff, Ford, and Weiner, who have made the investment in a practice, have the same advice, and it’s a no-brainer. Because at this moment, it’s not what you think, but it will be.