Unconscious Bias is Damaging the Leadership of Tomorrow

Did you know only 51% of the FTSE 100 companies have Directors from black and minority ethnic (BAME) backgrounds, and only 8% of the total Director population in the UK. 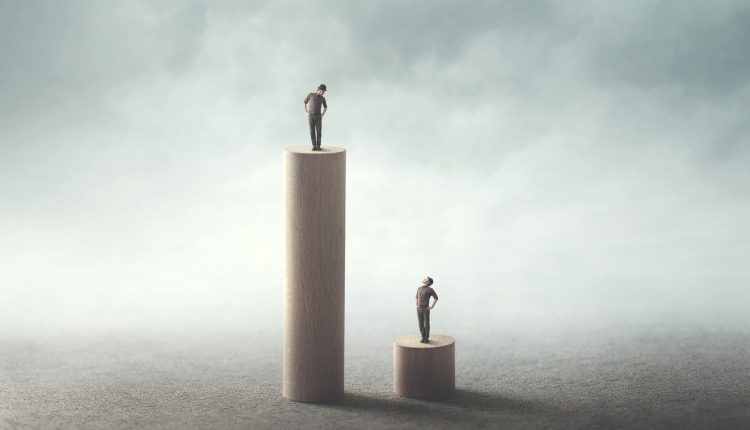 By contrast, UK society comprises 14% non-white ethnic groups. Below CEO Today hears from equality, diversity & inclusion specialist, Paula Whelan who works for Righttrack Learning, and discusses the damaging impact unconscious bias is having on the leaders of tomorrow.

With decades of campaigning, policy review and focus on creating a society inclusive of its rich diversity, how can this still be the case? The answer, unconscious bias!

We all have unconscious biases which influence our decision-making processes and therefore, the rapport we build with some people over others, the way we recruit, promote, mage and even the opportunities or limitations we place on ourselves.

Unconscious biases are our unintentional people preferences, formed by our social experiences. They are the result of our limited cognitive capacity; we subconsciously categorise people when we meet them to avoid having to conduct completely new assessments for every new person we come across. We assign a ‘value’ to the categories we use and without even realising it, stereotype based on images in mass media, or reputations passed on by parents, peers and other members of society.

According to Nottx.com, 20% of 540 UK female BAME jobseekers altered their name in applications and almost all who changed their name reported a higher level of call-backs from potential employers. According to the CIPD, 51% of HR professionals in the UK were found to be biased against overweight women – and were unaware that this was the case.

Unconscious bias can often show up as micro-behaviours – the little things that we say and do which show how we regard those around us. Even these very small behaviours can make people feel excluded and can have long term affects. The everyday verbal, nonverbal, and environmental slights, snubs, or insults, whether intentional or unintentional, can communicate hostile, derogatory, or negative messages to target people based solely upon their marginalised group membership. At work, these micro-behaviours can have an enormous impact on whether to what extent we feel valued and included, and therefore how productive and loyal we are.

There is a reason it’s called unconscious bias, not many people would behave that way if they knew they were doing it, but things like being constantly interrupted while talking, being left out of a discussion, someone reading email/messages while you’re talking to them, looking at their watch or not being introduced at a meeting can send negative signals. Even a change in voice pitch, volume or rate, a change in body posture or hand gestures can impact the way you come across and make another person feel.

The lack of diversity in UK Boardrooms has not gone unnoticed by the UK Government. In October last year, the Parker Review Committee, led by Sir John Parker published its final report urging business leaders to improve the ethnic and cultural diversity of UK Boards to better reflect their employee base and the communities they serve.

The report set out achievable objectives and timescales to encourage greater diversity, and provided practical tools to support Board members of UK companies to address the issue. Its recommendations fell under the following three areas:

Thankfully it is not just the government who are encouraging these changes, on International Women’s Day this year the Asian Business Chamber (ABCC) in Birmingham launched its Diversity in Leadership Pledge. This pilot campaign is working with some of the region’s biggest employers to boost the numbers of BAME, women, LGBT and disability groups being represented on boards of directors and in leadership roles.

As part of the pledge, the ABCC held an Unconscious Bias for Leaders workshop in collaboration with RightTrack Learning where participants learned how unconscious bias impacts teams and influences organisations. Attended by over 30 leaders from the region, the workshop taught attendees to recognise the micro-behaviours that impact on Inclusive Leadership, and strategies to help them reduce the impact of unconscious bias on individuals, teams and organisations.

If you take a step back and reflect on yourself, you will find that you too are guilty of unconscious bias in some way or another. Don’t beat yourself up about them, it’s natural. Once you identify how they impact on your behaviour, relationships and decision-making, you can learn to question or mistrust first impressions or to review the decisions you make about people to ensure that you are being as objective as possible and relying on facts instead of your ‘gut feeling’ or quick assumptions.