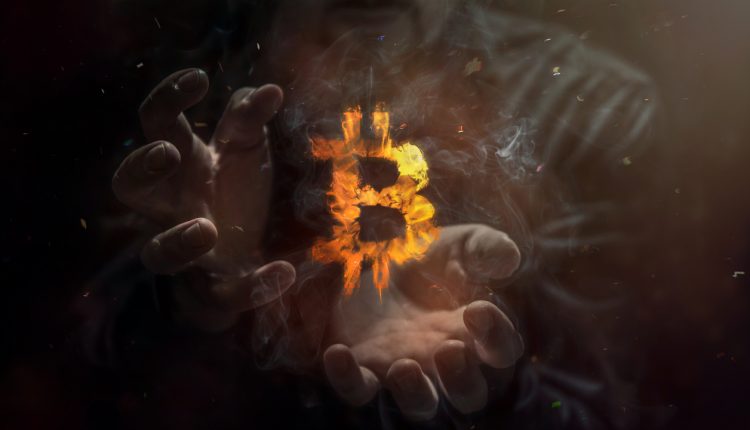 Created by an unknown inventor under the pseudonym Satoshi Nakamoto, Bitcoin was the first cryptocurrency in the world, established a decade ago in 2009. Since then, over 4,000 altcoins—or alternate cryptocurrencies—have been created: Litecoin and Ethereum to name a few. At first, these purely-digital forms of currency took the world by storm, but in recent years, their worth and prices have fallen and put their relevance in today’s world into question. Surely, becoming out-of-date and no longer useful would be a cryptocurrency’s worst nightmare, right?

QuadrigaCX, a cryptocurrency exchange firm, was founded in 2013 by Gerald Cotten and eventually became Canada’s biggest cryptocurrency exchange—despite this, it had a rickety life in development. Having learnt about Bitcoin in Toronto, Cotten began the company on the basis of local trades, and by 2014, it had installed its first Bitcoin ATM in Vancouver. After a rocky period in 2015, during which it ran out of money in June of that year, Cotten became the sole director of the company a year later when all other directors resigned.

2017 saw Bitcoin rise in price from $1,000 to nearly $20,000, and subsequently, C$1.2 billion worth of bitcoin was exchanged on Quadriga. 2018 was far less fortunate, with prices plummeting and the spark and novelty of the currency wearing thin.

Then the unthinkable: On January 14th, 2019, Quadriga announced that Cotten had suddenly passed away the month prior, taking the whereabouts of around $150 million (C$180 million) with him. He was only 30. The majority of the company’s assets, owned by and owed to 115,000 of its customers, was held in a cold wallet accessible only through the deceased CEO’s encrypted laptop—the trouble being that only Cotten knew the password. Hired investigators have had little success in recovering anything related to it. Tong Zou, a customer who says he is owed his life savings at around C$560,000, told the BBC: “We don’t know whether or not we’re going to get our money back. There’s just a lot of uncertainty.”

While being interviewed on the True Bromance Podcast back in 2014, Cotten is reported to have said: “At QuadrigaCX, we’re obviously holding a bunch of Bitcoins that belong to other people who have put them onto our exchange. So what we do is we actually store them offline in paper wallets, in our bank’s vault in a safety deposit box because that’s the best way to keep the coins secure.

Essentially, we put a bunch of paper wallets into the safety deposit box, remember the addresses of them. So we just send money to them, we don’t need to go back to the bank every time we want to put money into it. We just send money from our Bitcoin app directly to those paper wallets, and keep it safe that way.”

He went on to give the following insight, which now feels eerily pertinent: “It’s like burning cash in a way. Even the US government, with the biggest computers in the world, could not retrieve those coins if you’ve lost the private key. It’s impossible to retrieve those.”

Suspicions quickly spread. Is Quadriga grappling with a realisation of its a worst-case scenario, or is the CEO still alive?

Many have theorised that Cotten has faked his death in order to “abscond” with the $150 million, claiming that he died in parts on India where it is possible to purchase a death certificate, and that he had incentive following months of customer complaints surrounding delays and difficulties accessing their funds. Further, his will was signed 12 days before he died, on November 27, 2018—yet no plans or crucial information surrounding the company’s assets was shared at this point in the event of his passing.

The exact circumstances of his untimely death was later explained, giving more credibility to the fact that he was, in fact, gone. Cotten had been a long-time sufferer of Crohn’s Disease, and had “died here in Fortis and was brought in an extremely critical condition.” While this gives a more detailed insight into his passing, this still isn’t enough for some, and the scepticism surrounding this incident lives on.

This has undoubtedly put a negative spotlight on cryptocurrencies, with Dean Skurka, Vice President of rival platform Bitbuy.ca, stating that: “This really highlights the need for the government to take action and regulate cryptocurrency exchanges.” A lesson learnt, for sure, but unfortunate that 115,000 people paid the price for this unfortunate incident, some of whom have lost access to their life savings.

There’s a lot that can be taken from this bizarre and fascinating first in the world of cryptocurrencies—unfortunate though it is, it demonstrates clearly the dangers of an unregulated industry, and the risks that are taken when one doesn’t have a backup plan. Keep your delicate information secure, but not so secure that it is completely locked away should anything happen to you—evidently, there’s such a thing as being too safe.