How Good Are You at Recognizing Famous Brand Logos?

Just how recognizable are brand logos? Would you be able to recognize most of them? 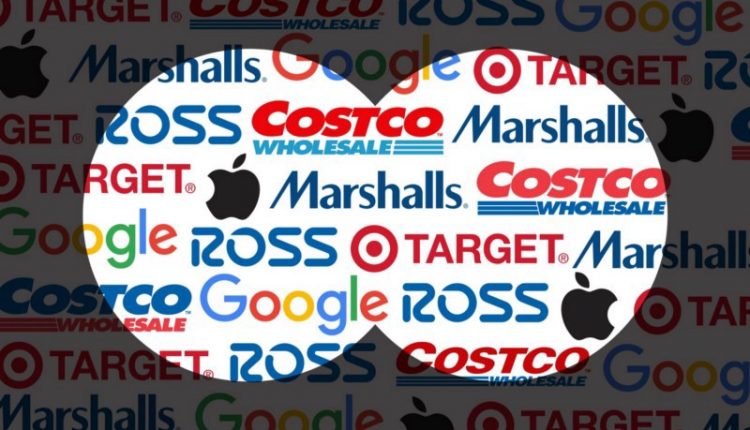 As the consumer space becomes increasingly crowded, it’s more important than ever that brands create consistent, easily recognizable branding. In fact, as recent rebranding failures have shown, moving too far away from your company’s signature aesthetic can result in confusion from customers and tarnish the brand’s identity (consider the rebrand from The Gap, which pulled its new logo six days after premiering it).

So, are America’s top brands succeeding in creating quickly recognizable logos? To find out, Wikibuy conducted a survey of 6,000 people on how well people can select brand logos from memory.

Of the department store brands, Americans had an easier time recognizing the Marshalls logo; in fact, 61% of Americans selected the correct logo, perhaps a testament to the company’s continued ability to post strong sales despite store closures within that industry. In contrast, only 28% of Americans were able to select the correct logo of Marshalls’ competitor Ross.

Despite the fact the Apple is one of the world’s most valuable brands, 44% of respondents could not correctly identify the brand’s logo from memory. In contrast, tech giant Google had the most-recognizable logo of the bunch, with 69% of Americans able to correctly select the colorful logo from memory — perhaps no surprise given the huge volume of traffic the site processes every second.

Digging down into demographics, the study found that women are more able to remember logos than men: women correctly selected the logo over men for all six of the brands. Additionally, the study found that younger generations, specifically those between the ages of 18 and 24, are more able to recognize brand logos compared to older generations. Perhaps unsurprisingly given the proliferation of technology that generation grew up around, tech logos were the easiest for them to identify. Eighty-one% of Americans between the ages of 18 and 24 correctly selected the Google logo from memory, and 73% of Americans in the same age range correctly choose the Apple logo.

Americans struggling to reliably recognize the logos of major brand names leaves one major takeaway for businesses: simplicity and consistency is key.