The Top 5 Co-Founding Partnerships and Their Stories 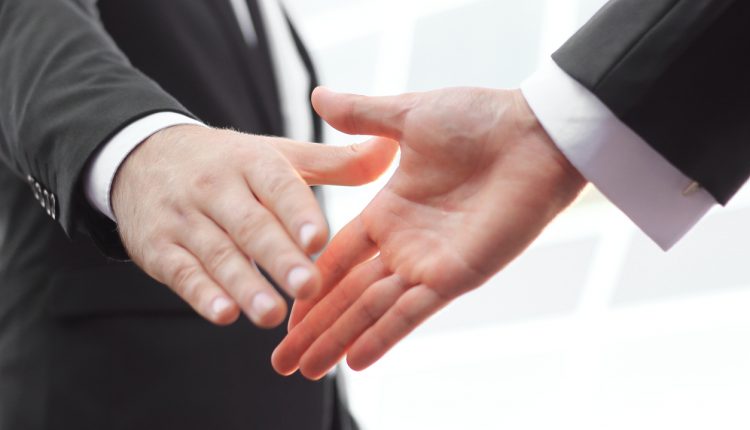 In recent news it was announced Paul Allen, Co-Founder of Microsoft alongside Bill Gates, died from complications of non-Hodgkin’s lymphoma, a disease that had already divided the Microsoft partnership many years ago. Below CEO Today looks at five of the greatest co-founding partnerships that made history and are now divided by means of death or disagreement, having once left their mark on the business world forever.

Microsoft was founded in April 1975 with the goal of developing and selling interpreting technology for Altair 8000 microcomputers. By 1980, their company grew to dominate the operating system markets and in the 90s, developed Microsoft Windows; the historical kingpin of computer operating systems. The company began with Paul Allen & Bill Gates, two school friends with serious skills in computer programming, who worked on computers in a garage. Their first company was Traf-O-Data, which produced and sold computer equipment that tracked and analysed automobile data, but soon after Allen suggested working on an interpreter solution for the Altair 8000, which they then developed together. They formed Micro-soft, a name Allen came up with, and Gates became the CEO. Following many years of success, in 1983, Paul Allen left Microsoft after developing Hodgkin’s disease. There was some dispute over the dilution of his shares in the company, as Gates believed he wasn’t working hard enough. In October 2018, with an overall revenue of 110.360 billion, Paul Allen died of cancer, leaving Bill Gates as the only living Co-Founder of the company.

This is Gates’ Twitter response to the loss of his childhood friend:

Paul deserved more time in life. He would have made the most of it. I will miss him tremendously. https://t.co/npPAjGCCsc

Founding Apple Inc. in 1976 with almost no capital, Steve Jobs and Steve Wozniak sold their own prized possessions to be able to start building their first products together. Wozniak worked for Hewlett Packard at the time, while Jobs travelled a lot and considered taking LSD one of the most important things he’d ever done. Jobs helped Wozniak sell his first hand-built computer for $666 , after which Apple was born and grew to become the giant it is today. Throughout their careers as Co-Founders of a unicorn tech firm, Jobs increasingly overshadowed Wozniak. According to reports, they were very good friends, until in Wozniak’s words: “The day we started Apple he changed.” Following the huge success of the iPod and its successive tech revolutions, Apple became one of the top tech firms in the world, but sadly this iconic co-founding duo was divided in October 2011, when Jobs died of a respiratory arrest related to pancreatic neuroendocrine tumour.

In a 2015 moving pictures account of Steve Jobs and the rise of Apple, Wozniak is shown angrily challenging Jobs over business and marketing, but Wozniak has stressed that this wrongful display of his character did not accurately portray his true relationship with Co-Founder Jobs.

Cameron and Tyler Winklevoss are twin brothers that, alongside some others and Mark Zuckerberg, began Facebook. Prior to this, the twins founded a social media platform much similar to Facebook called ConnectU, having hired Zuckerberg to code the site. When it came to Facebook however, the twins and Zuckerberg were divided from the start and never officially co-founded the company; it was just Zuckerberg and the rest of his college crew. But according to a jury, which awarded the brothers $65 million and a stake in Facebook in 2004, their idea of ConnectU was stolen by Zuckerberg and his team to create Facebook, essentially making them the brains behind the idea.

With the money they made from their stake in Facebook, which amounted to around $200 million when Facebook went public in 2012, the Winklevoss brothers bought 1% of all bitcoin in circulation and are now thriving in the cryptocurrency world on the back of said investment. Zuckerberg recently announced his intentions to study cryptocurrencies and figure out a way to use them to Facebook’s benefit. Perhaps one day the Winklevoss brothers and Zuckerberg will be partners after all.

Procter & Gamble is a brand everyone knows, but many fewer know of their story. Brothers-in-law William Procter and James Gamble, founded P&G in 1837. While running their own individual businesses manufacturing and producing candles and soap respectively, they were advised by the father of their wives, Alexander Norris, to become partners in a joint venture, given they both used and competed for the same raw materials. At this point, one of the biggest ever consumer goods companies was born. It currently has a net income of around $15.32 billion (2017).

Procter was the first to pass, dividing this centenary partnership. He died, according to his burial certificate, of ‘general debility’ in April 1884. On the other hand, Gamble kept the flame alive until April 1981,  dying of similar natural causes. They are both buried in Spring Grove Cemetery in Cincinnati.

However, while the partnership was buried, the company lived on. After storming through the Great Depression and thriving during World War II, by 1978, P&G had covered all bases in household goods, and the legacy of this great partnership lives on today; more recently in the form of Tide pods, Gillette razors and Bounty paper towels.

Co-Founders of the well-known HP, Bill Hewlett and David Packard, flipped a coin to figure out the order in which their company name would be arranged. Like Paul Allen & Bill Gates, Hewlett & Packard were the original garage entrepreneurs, both graduating from Stanford in 1934 with electrical engineering degrees. Incited by their professor and mentor Fred Terman, they joined forces post-graduation, working on their first product; an audio oscillator designed to test audio gear (the HP200A), and founded HP in 1939. Their first big buyer was Walt Disney, who bought eight of the machines.

HP is historically known to have driven the revolution in employee-centred management, being one of the original US companies to cater flexible working hours and other worker benefits. Hewlett once put it like this: “What I’m most proud of is the fact that we really create a way to work with employees, let them share in the profits, and still keep control of it.”

Having built their company from the ground up and delving into computers in the 60’s, Hewlett and Packard were very much still central to the management of the company, and the partnership kept a tight leash on its original vision for the firm. By the late 1970s, both began to slowly withdraw from active involvement in HP. At the time of his death in 1996, Packard’s stake in the company was worth more than $1 billion. In January 2001, Hewlett died of heart failure, and the grand tech duo was no longer.

To this day, Hewlett & Packard’s story lives on in the form of the modern-day tech revolution, as the garage they began business in, in Palo Alto, displays a plaque that states: “The Birthplace of the Silicon Valley.”