We have heard these things many times: “it is all about the network” and “who you know matters more than what you know.” In today’s professional world, networking is the most important skill. People who can develop, scale, maintain and leverage a meaningful network are in short supply.

Whether you are in sales, consulting, or marketing; a C-level Executive or a digital marketer – genuine relationships always pay off. We are featuring Silicon Valley’s Magnificent Four, the most connected professionals in the industry today.

They all share a few common principles of networking like putting yourself out there, being responsive, helpful, not making connections that are only about business, and exchanging value with the network. People tend to reach out when they need something but forget and move on after. The Magnificent Four believe that a network is a living thing, which must be nurtured and cultivated through meaningful exchanges or else it will wither away over time.

In today’s world of a social media overdose, most professionals are overwhelmed on Facebook and LinkedIn connection requests, not to mention endless requests for their time by conferences, to breakfast meetings or sales pitches. It is becoming harder to differentiate, get attention and create meaningful interactions.

These folks have also figured out their own styles and learned to use it effectively to connect with other networked individuals. They must carve out niche areas where they maximized their reach. Despite having contradicting styles and very different personalities of being conservative with their time, versus being generous with time, being social media shy versus leveraging it as a networking vehicle – they have all been extremely successful in building exceptionally solid networks in the Silicon Valley ecosystem.

Building a robust and meaningful network is hard, maintaining it is harder. All of them believe that there is both art and science to it, and one does not have to have the same method or style. The Magnificent Four are considered maestros of networking, connecting and sharing networks that outsize even the most ardent networkers. So, who are these people and how many of them do you know? 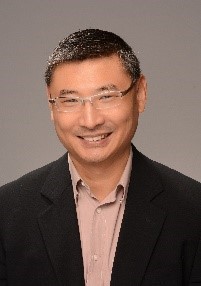 Larryi is well entrenched in Silicon Valley’s ecosystem and has a strong network across the globe, particularly with Asian executives, entrepreneurs and investors. His calm demeanour, openness and ability to connect with people have been his main assets. Not a huge believer in the big bang approach, he likes to take the time to invest in building long-term relationships based on mutual trust. His style has been to build one genuine connection at a time over many years. Thought of more as a silent networker, Larryi says: “If you are at it, they all gradually add up to something meaningful.” Larryi, in his role, must deal with a lot of transactional relationships and hence developed the urge to build genuine strategic connections. He has a passion to learn the next big thing and hence makes a lot of effort to connect with young, innovative and disruptive companies, investing his time in helping them. His network believes he is very composed, razor-sharp, highly responsive and has a very action-oriented, ethical approach to everything he does. Over time, he has also exponentially grown his network by connecting with other well-connected people in the global technology ecosystem. 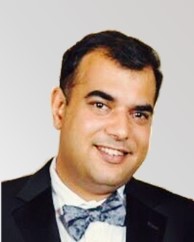 Considered by the network as powerful, influential and brilliant, and who is never shy of engaging people through intellectual stimulation. Nitin is “everywhere”: corporates, private equity, venture capital, media, academia, government, CEOs, Boards and a whole lot of other places. Legend goes that he can be in three places at the same time without actually being there and is very much accessible 24/7. Widely regarded as being able to reach any CEO, Board or Executive in the Silicon Valley through his network, he has built unbelievably strong connections across Asia, Australia, Africa and Europe too. Usually generous with time, introductions and help, Nitin has architected his network by becoming its center of gravity. He has figured out the fine art of orchestrating his global network through a variety of methods including social media, events, thought leadership, face to face meetings and a few more unconventional methods. Considered a very knowledgeable management consultant and C-level Executive in the Hi-Tech sector, he engages the network through insights, great ideas, deal flow and bringing people together. A reputation for being reliable and trustworthy has made him a highly sought individual for both personal and professional advice. Nitin says: “If your relationships are an outcome of your business, there is something not right but if your business is an outcome of your relationships then you are on the right path.” 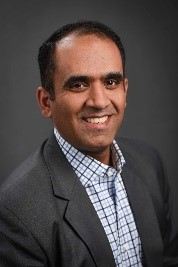 Rahul is considered “Mr Private Equity”: he has scaled a few businesses leveraging this unique network. It is believed that he can get to most private equity firms in the world with just one or two calls. His networking strategy is different, built up by putting himself out there in front of his private equity and venture capital network through continuous and meaningful outreaches, events, conferences, roundtables. He makes a very genuine effort to add and exchange value with the people he connects to. Rahul is believed to be one of the best in the business when it comes to developing longer-term relationships created from regular 1:1 outreach. His network finds him very smart, charming, engaging and extremely responsive. Rahul also believes in long-term relationships which are meaningful and that not every meeting needs to be sales oriented. When asked about his deep Rolodex, Rahul often says: “I don’t have a Rolodex, I have relationships.” While he sporadically engages with social media, his style is more face to face networking and unrelenting focus on the niche in the PE and VC world. His mantra has been the depth of relationships in the niche while moving fast in the space he operates in. 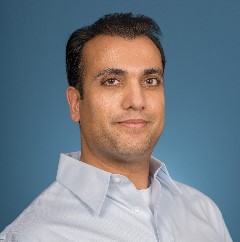 Sunil is “the” guy to know if you want to connect to the VC ecosystem, get to know disruptive companies or attract the best entrepreneurs. His reach is far and wide, and he can generally get to any start-up CEOs and Founders in Silicon Valley. He keeps a low profile on social media and believes that it cannot be a substitute for face-to-face engagement. Sunil believes in quality and strength of the network rather than focusing time and effort on just volume. Those in his network consider him intelligent, charismatic, empathetic and engaging. He is a true believer in developing long-term relationships and creating long-term value for his network. Sunil invests his time in helping people, ideas and companies grow. Over the years, he has connected with other highly networked people in the Silicon Valley and observes that: “It is important to maintain your network because once it reaches a certain critical mass, it scales exponentially.”