Is the Future of Workplace Communication Virtual?

It has never been easier for employees to work smarter, with workplaces embracing technological advances such as artificial intelligence and unified communications. 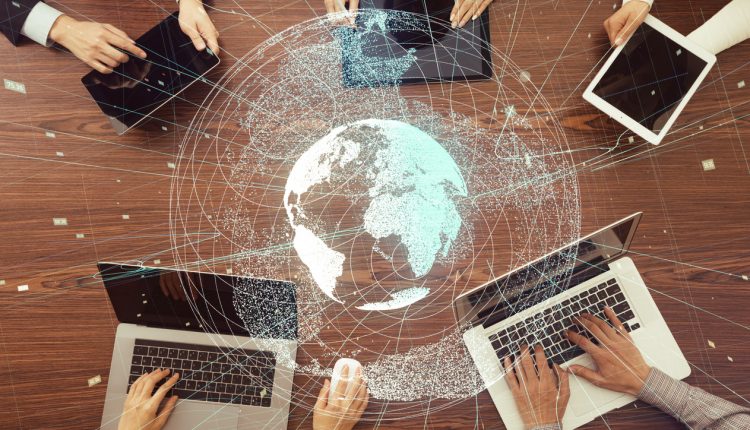 Research has found that by 2020, half of the British workforce will be working remotely. As virtual communication has increased, many now believe that the traditional nine to five way of working is over, enabling employees the opportunity to log on from anywhere – be it a café, shared workspace or the comfort of their own home. Here CEO Today hears from Jason Downes, MD of PowWowNow, with his thoughts on the potential workplace of the future.

The rise in tech

Since the early 1990s, where computers became more widespread in the business world, technology has developed into a crucial part of the way we work. According to research by Boston Consulting Group and MIT Sloan Management Review, in their study on how business is being reshaped by artificial intelligence, 84% of business leaders believe AI allows them to gain a competitive advantage over other organisations. While 72% in the technology, media and telecommunications sectors expect AI to have a significant impact on product offerings in the next five years.

While AI is being used to shape company offerings, it is also a key way in which companies are streamlining their internal business communications, maintaining higher levels of efficiency and increasing productivity. As well as AI, cloud-based solutions, such as hosted voice, are becoming crucial to the business communication offering; connecting employees across the globe and providing cost advantages over the traditional telephone line.

Thanks to such technological advances, there will be more than 3.8 billion email users before the start of 2019, which works out as over 100 million more than last year, according to Radicati Group’s 2018 study. In other words, over half of the entire planet uses email right now. Technology has enabled us to communicate instantaneously. Further, it has facilitated more concise and efficient ways of communicating, so it’s no wonder that virtual communication has overtaken the more traditional streams.

While AI is being used to shape company offerings, it is also a key way in which companies are streamlining their internal business communications, maintaining higher levels of efficiency and increasing productivity.

Although there are numerous benefits from virtual communication, one big topic for debate has been around maintaining positive and meaningful working relationships. While virtual communication streams, such as email and instant messaging, have risen in popularity, loneliness among employees has simultaneously shot up too. According to a 2014 survey by Relate, 42% of us didn’t have a single friend at our place of work; a pretty shocking stat considering British employees work some of the longest hours in Europe. This has placed more emphasis on the importance of company culture, developing and working hard to maintain it. Culture is not just about providing treats and benefits to staff though, it’s about working to create a safe and positive space – online and offline – where employees feel motivated and valued.

Overall, with the uptake in virtual communication methods rapidly increasing, it’s clear that the traditional nine to five way of working is long gone. As the world becomes more connected, so too does the workplace, linking those in different regions, countries and time zones – all while harnessing the best talent. With virtual communication increasing, it’s clear that the importance of our employees is optimum. As workplaces change and develop, company culture is one factor which will remain key, ensuring staff are productive, motivated and ultimately, happy.