How CEOs Should Deal with Challenging Situations 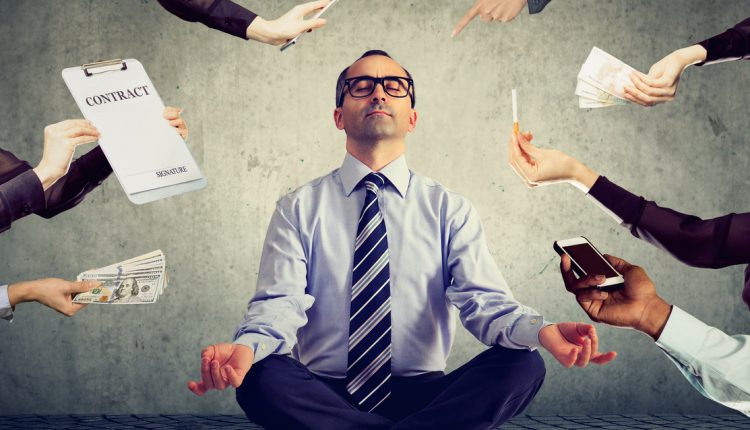 As a CEO, challenging situations are commonplace, until you find your mojo, your method, your process. For each CEO it’s different, but there are some ideal strategies. Below, Nick Keith, author of a new book ‘Feel it as a Man: a fool’s guide to relationships’, provides his thoughts on ways to channel your emotions at stressful times, including emotional intelligence.

In high stress situations, emotions may take hold, leading to brash, offensive or aggressive responses. When you are in a leadership position, uncontrolled emotions can heighten tensions in the office and create bad relationships.

First, it is important to understand emotions and what causes them. The Oxford English Dictionary defines emotion as “any agitation of the mind; a vehement or excited mental state” (from old French for excitement or disturbance, based on the Latin for ‘move out’). Neuroscientists have established that such a ‘disturbance’ causes a bio-chemical release of emotions, and unpleasant or uncomfortable feelings flood through the body like a wave.

American psychologist Dr Joan Rosenberg explains in her TED talk ‘Achieve mastery’ that emotions are usually triggered by a memory from childhood. Your childish perception has labelled some incident (possibly quite small) as ‘bad’, and stored it in your sub-conscious.

“That’s what we want to flee from or be distracted from,” Dr Roseberg says. “We are afraid that emotions will be too intense and we will lose control.” However, sometimes emotions do cause us to lose control.

Her remedy is awareness. “Make the choice to stay present, fully present. It’s about awareness not avoidance.” The feelings last about 90 seconds, so “ride the wave” she adds. “Feelings are temporary. The waves come up spontaneously and they will always subside.”

Oxford neuroscientist Dr Alan Watkins believes there are thousands of different emotions – as many as 34,000. But most of us will only develop some nine key feelings, he says. The pressure and challenges of life create chaos, block awareness and hinder the ability to think straight.

“How well you think at any one time will depend on your biology,” he says. “Until you take control of this physiology, anyone or anything can make you look like an idiot.” Focus on the heart, the seat of emotions, and “learn to regulate your emotions,” he advises. Practise regaining and retaining conscious control of your breathing through deep and rhythmic exercise.

Felicity Dwyer, a leadership coach, speaker and co-founder of Stepping Up Training, also advises breathing slowly: “In stressful situations you need to centre yourself. After a few slow breaths, connect with your physical body by bringing your attention to the connection between your feet and the floor. This quick routine helps to ground you when the heat is on, and reduces the flight and fight mechanism that stress stirs up. When you have found a routine that works, practise it daily so that it becomes a habit.”

Jeanette Pratt, a coach and speaker from Develop4Life, specialises in stress management and building resilience. She says: “When you are aware of your emotions and can channel them, the next step in good leadership is clear communication. This means two-way dialogue where you listen with great care.”

“In a challenging conversation with a colleague, listen first,” advises Felicity Dwyer. “You will learn more about what is going on in your organisation, and become better equipped to influence and persuade. And quality listening calls for the ability to be present.”

Last but not least, you are recommended to learn emotional intelligence as advocated by Harvard academic and editor Daniel Goleman. He reckons that 80% of a person’s success is down to Emotional Intelligence, and 20% to IQ. He says it can be acquired by practice in his best-selling book ‘Emotional Intelligence: Why it can matter more than IQ’.

Mapping The Road To Profit From Procurement