Can Your Company Afford Counterfeits?

Ensuring Originality in an Era of Easily-Accessible Knockoffs 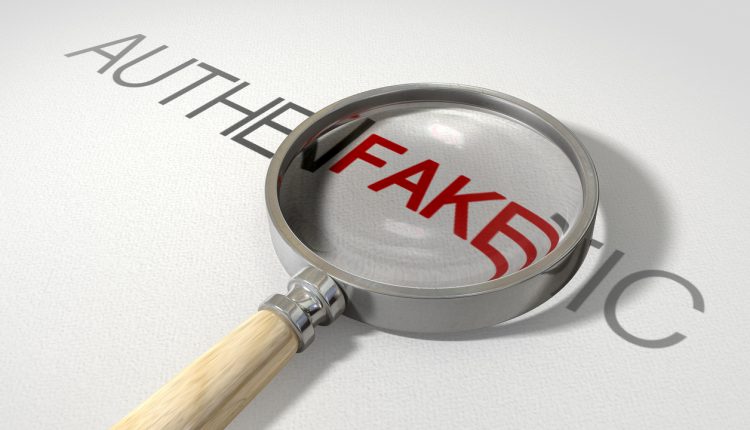 Running a successful company takes a lot of work. There are so many different factors that must perfectly coalesce to create a compelling brand or product that consumers want to purchase, and many executives recognise that the multitude of perfectly converging factors that form a winning company could almost feel like luck if they didn’t take so much work.

Owners, executives and managers start by considering their product’s efficacy, making it as enticing as possible for consumers already flooded with a deluge of product choices. Of course, successful businesses don’t stop there. They create appealing marketing campaigns that heighten brand awareness and inspire people to buy their product, they nurture consumer loyalty, they hire amazing employees and refine their platform through trial and error.

However, history shows that even the most ambitious plans of mice and men often go awry, and, despite their best efforts, many companies will fail. However, some companies will indelibly succeed. Corporate history and lore are littered with stories of startups becoming wildly successful, and many companies, whether they serve a niche consumer group or offer a mass-market product, survive or even thrive.

Unfortunately, companies are facing new challenges that undermine their bottom lines and harming their brands’ carefully curated reputations. Counterfeit goods, already an annoyance before the internet, are exacerbated by the ease and anonymity of the digital age.

In April, The Atlantic reported on the scope of this problem, indicating that, in the US, authorities confiscated nearly 35,000 counterfeit items, a 40% increase in just a decade.

In the UK, The Guardian exposed the shady world of counterfeit products, conducting an investigation in which they easily acquire everything from knock-off Apple AirPods to Kylie Jenner Lip Gloss.

In the past, stores selling counterfeit merchandise could be shut down, an expensive ordeal for store owners and a difficult operation to replicate and scale.

In contrast, on the internet, companies that are closed for selling counterfeit merchandise can simply reopen under a new auspice and continue their campaign. For companies dealing in authentic goods, this is an impossible game of whack-a-mole that’s costing companies money and diminishing the credibility of their products.

Tech juggernauts including Amazon, eBay, and Walmart have all been accused of enabling or even facilitating knock-offs on the digital platforms, and many tech companies are facing lawsuits in this regard, but lawsuits alone won’t solve the problem for companies struggling to compete with an onslaught of counterfeit goods, and the consequences are enormous.

The broad availability of counterfeit products on the internet continues to build its own bizarre brand awareness that is creating significant profits. According to a 2017 study by Global Financial Integrity, counterfeit products can be a $1 trillion business, which is plenty of incentive to pursue these operations and to take drastic measures to acquire sellable products.

Since most companies’ products and plans are incorporated into their supply chains, the digital ecosystem has become a feeding ground for perpetrating fraud by acquiring plans, products, or other relevant logistical information that can be parlayed into counterfeit goods. In addition, intellectual property is particularly vulnerable in our perilous digital environment.

For instance, nearly half of the UK manufacturing sector reports being victimised by a cyber-crime, an ancillary result of the rise in counterfeit goods. Ultimately, if the supply chain isn’t secure and a product’s originality is questionable, it provides fodder for knockoffs and other fake products.

When counterfeit goods are competing with originals, there is an inherent opportunity cost associated with the lost sales due to a diminished customer base.

Unfortunately, the adverse effects of counterfeit goods aren’t limited to companies’ bottom linBrand es. There is a broad implication for the entire economy. The European Economic and Social Committee estimates that “Fake products cost 800,000 jobs annually.”

Perhaps most ominously, when counterfeit products impact a brand’s reputation, there can be cascading consequences that are incredibly difficult to overcome.

When it comes to maintaining a successful business, brand management is perennially a top priority. Several prominent PR disasters illustrate the importance of brand management. For example, Facebook’s pristine brand was damaged by the Cambridge Analytica scandal, creating an internal leadership crisis and maligning their earnings potential. Despite the company’s best efforts to repair the damage, their stock plummeted by $120 billion, and it continues to languish months after the debacle.

For sectors predicted on authenticity, like diamond dealers or high-end fashion companies, genuine originality is both a matter of principle and value.

Meanwhile, other industries including the healthcare and automotive industries could produce products that are substandard or ineffective because they are built with knockoff or counterfeit materials.

In March, The Telegraph reported on the “scourge of fake drugs” flooding the market. These counterfeit medicines are ineffective at treating their intended afflictions, and they have the potential to cause harm. In this case, pharmacies, doctors, or health institutions prescribing these medications could be endangering their customers and damaging their reputation.

Since protecting the company’s brand is such a significant and fundamental component of a successful business, ensuring that products and content are original and authentic is increasingly important.

Battling the Counterfeits with Better Technology

Fortunately, new technologies are making it possible for companies to better ensure originality and promote authenticity. The blockchain, initially developed as Bitcoin’s technological underpinning in 2009, is quickly becoming the go-to technology for creating perfect and transparent records that can support supply chains while battling the scourge of counterfeit goods.

Companies as expansive as Microsoft and IBM are investing significant sums in the technology, and hundreds of startups are developing innovative and compelling use cases for the blockchain.

Its decentralised network, permissions access, and broad usability could make the blockchain the best weapon in the battle against counterfeit goods. Here are three ways that the blockchain can help ensure item originality:

At the same time that the blockchain is emerging as a viable enterprise technology, ancillary developments in the Internet of Things (IoT) and Artificial Intelligence (AI) have become more widespread as well. Therefore, it’s possible for companies to track their materials from the point of origin to final point of distribution using affordable and convenient IoT devices that monitor an item’s location and ensure that it follows the correct journey through the supply chain.

The data produced by these devices can be recorded in the blockchain’s distributed ledger, providing clear, guaranteed records that can be made accessible to everyone from the CEO to the customer. It’s an astonishingly simple solution to a complex problem.

Ultimately, integrating these technologies creates an unbroken and verifiable record of provenance, that’s perfect for creating an environment where all stakeholders operate with confidence in an items originality. Whether it’s a diamond or a digital asset, the blockchain demonstrates item’s journey, and ensure counterfeits can be identified and eliminated.

Monitoring an item’s originality requires copious and timely record keeping. The blockchain’s smart contracts can automatically record an item’s movement through the supply chain or its position in a retail environment. When incorporated into a workflow that includes IoT devices and the blockchain’s ledger, companies can achieve real-time, reliable records of their products.

While technology is making it easier for bad actors to perpetuate counterfeit products and intellectual property, companies can fight back with better and more proficient techniques of their own. Managing a successful business is difficult enough without having to compete with rip-offs and frauds, so the emergence of the blockchain is both incredibly timely and prescient development. Companies are losing incredible amounts of potential revenue and nothing short of their brand’s reputation is on the line. It’s time for companies to fight back and to take a stand against counterfeits because nobody can afford the cascading costs of inauthentic products.

Adrian Clarke, a former Microsoft CTO, is the Founder of tech startup Evident Proof – a blockchain-based platform that turns documents, transactions, and data events into immutable, unhackable proof. Evident Proof delivers evidence that can be used to meet compliance, provenance and other data verification requirements.