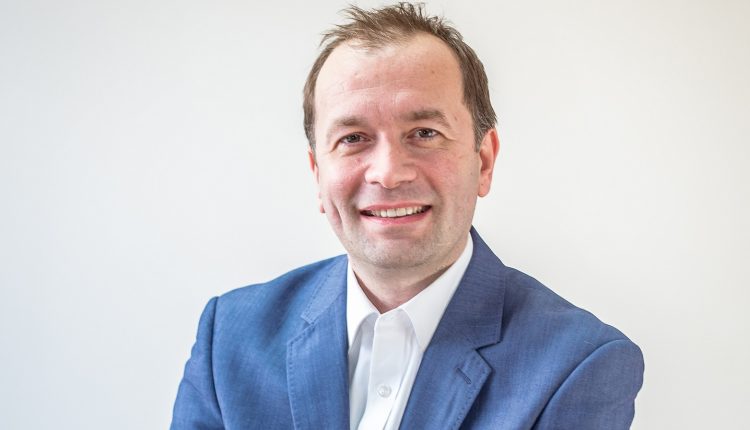 James Murray is the CEO of Send for Help Group. Send for Help is the largest lone worker protection firm in the world and makes GPS safety devices and smartphone apps protecting more than 150,000 people. The firm—based in Kingston, Surrey—was founded in 2010 by brothers James and Will Murray, a third generation of tech entrepreneurs. Their father and Founder of PC World, Jan Murray, is the company’s President.

The number of devices being used by Send for Help’s clients across the UK increased by 21% last year, largely against the rising threat of terrorism, assaults and accidents. They have a varied client roster across a large number of private and public sectors, including the NHS, major high street retailers, City banks and national pub chains, estate agents, the police and over 200 local authorities. Earlier this year, Send for Help was listed as one of the top 1000 fastest growing companies in Europe by the Financial Times and has also featured in the Sunday Times Fast Track 100 for the last two years running.

James spoke about the ongoing changes in security and protection technology, the protection of lone workers and the strides involved with managing a fast-growing business.

How have developments in technology adapted personal protection devices such as alarms and apps?

The ability to miniaturise clever and reliable technology has been the key. I liked smartphone tech and thought that GPS wasn’t being utilised—we saw an opportunity to change that. Send for Help’s devices are the size of a USB stick and the smallest in the world, meaning users can wear them discreetly whilst knowing they have first-class protection. To raise an alarm, users wearing the device press an SOS button for four seconds, which then uses GPS information from satellites to send a message to the Surrey monitoring centre, where a controller can pull up a map of the worker’s location and their profile. After a distress signal is made, the device also creates a two-way voice call, so the controller can hear what’s going on at the other end, and if need be, also talk to the wearer. If, after assessing a situation, the controller deems it to be an emergency, they will call the police. We have direct links into all the police control rooms in England, which bypasses the 999 system, so the police treat it as a priority and can be at the location of the emergency within minutes.

How has the need for this kind of protection and security changed over time? Are there any trends that you’ve noticed?

Lone workers have always been in danger but only in the last few years with the advent of new technology has this sort of protection been available. Whilst the vast majority of emergencies are dealt with by our team of experts, figures from Send for Help show that 143 calls from clients were escalated to the police last year, including 83 for verbal abuse, 39 for assault or physical abuse, and four involving weapons. Hence the need for a reliable piece of kit that can be used 24/7.

What is a lone worker? What does Send for Help offer to protect these kinds of workers?

A lone worker is someone who works alone or in isolated environments and requires extra peace of mind. For example, in healthcare, social housing and construction, where injury and violence are more of a possibility, staff often operate solo, with no one immediately to contact if the worst happens. However, our service is also popular in those industries where workers face danger of assault, such as traffic wardens and bailiffs. We have a variety of different packages depending on the needs of the client. For example, for some clients, the smartphone app version is more popular than the actual device.

What has been the biggest challenge when taking a family-owned business and bringing it to where it stands now, serving hundreds of organisations across the UK?

We have strong ambitions for scale and growth, but to do that successfully requires a bold strategy. Over the last two years, we’ve acquired two competitors to join our own Skyguard brand—Peoplesafe and Guardian24. Everyone warned us that taking over a business is a nightmare, but it’s gone very smoothly. Each brand under the Send for Help Group umbrella has its own geographic area across the UK and Ireland, and they each focus on different sectors: SkyGuard being strong in health and retail; Guardian24 in the charity and social housing sectors; and Peoplesafe in the utilities and construction industries.