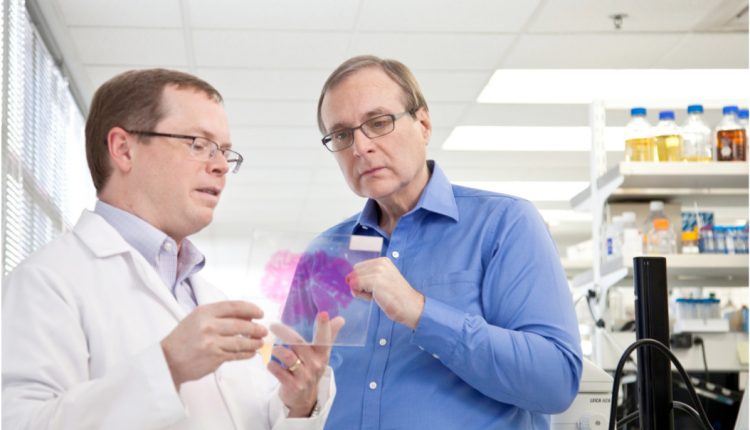 Co-founder of Microsoft and billionaire businessman, Paul Allen passed away on October 16 2018 from complications of non-Hodgkin’s lymphoma.

Mr Allen had battled with cancer numerous years ago in 2009 and was thought to have beaten the disease, however, he confirmed its return two weeks ago. In a statement Paul said that he and his doctors were in fact “optimistic” about the treatment he was having.

His death was confirmed via his sister, Jody Allen, who released a statement describing her brother as being a “remarkable individual on every level”, adding, “Paul’s family and friends were blessed to experience his wit, warmth, his generosity and deep concern. For all the demands on his schedule, there was always time for family and friends.

“At this time of loss and grief for us – and so many others – we are profoundly grateful for the care and concern he demonstrated every day.”

Former business partner, Microsoft Co-Founder and school friend Bill Gates also released a statement on Allen’s death, saying “I am heartbroken by the passing of one of my oldest and dearest friends… Personal computing would not have existed without him.”

Mr Gates added, “From our early days together at Lakeside School, through our partnership in the creation of Microsoft, to some of our joint philanthropic projects over the years, Paul was a true partner and dear friend… He deserved much more time, but his contributions to the world of technology and philanthropy will live on for generations to come. I will miss him tremendously.”

Paul Allen is well known for co-founding technology giant Microsoft alongside Bill Gates in 1975, but was forced to leave just eight years later following his first diagnosis of cancer.  Despite no longer being part of Microsoft, Allen continued with a hugely successful career as a venture capitalist setting up his own media and communications investment firm, Vulcan in 1986.

Vulcan, now under the stewardship of CEO Bill Hilf relayed their sadness at the news through a statement saying, “Millions of people were touched by his generosity, his persistence in pursuit of a better world, and his drive to accomplish as much as he could with the time and resources at his disposal.”

Allen will also be hugely missed by the sporting world.  An avid sports fan, he owned the Seattle Seahawks NFL team and the Portland Trailblazers basketball team.

Allen was also famous for his philanthropy, reportedly donating over $2 Billion to a raft of causes including wildlife, science and education.  His generosity will continue, thanks to a pledge Mr Allen made eight years ago to give away the majority of his fortune to charitable causes.

Most Recent
By Harrison Taylor On Oct 19, 2018
Share FacebookTwitterGoogle+EmailPinterestLinkedinTumblr