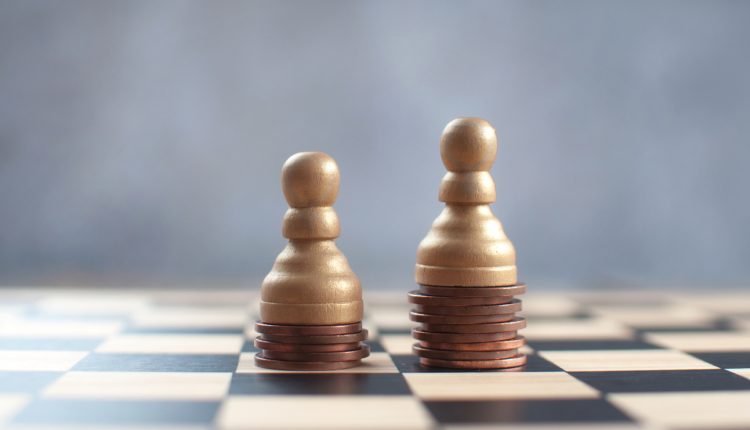 Disclosing and justifying the pay gap between a CEO and their employees within a company is becoming more enforced. Amazon workers in the US and the UK received a pay rise, to $15 and £9.50 respectively, a change considered to be a long time coming for many. The world is changing, and the economic flow is gradually progressing with it—but is this enough, and what are the benefits of these changes?

The disparity between the pay of a company’s CEO and its other executives, when compared against the salary of said company’s workers, is becoming far more of a focal point as time goes on. Disclosure is playing a big part in this—publicly traded companies in the US have begun disclosing the pay of their CEOs compared to that of their average employee, and in the UK, bigger firms and listed companies are now required by law to report and justify this pay difference on an annual basis. Describing this regulation, Business Secretary Greg Clark said: “Requiring large companies to publish their pay gaps will build on that reputation by improving transparency and boosting accountability at the highest levels, while helping build a fairer economy that works for everyone.”

Workers and activists alike have acted for a raise in minimum wage for years. In 2016, a nationwide protest calling for the raise of minimum wage for fast food and airport workers in New York took place – going back further, to 2011, you have Occupy Wall Street, a large movement in protest of the unfairness of wealth distribution in the US and economic inequality the world over.

Taking note, Amazon has recently upped the minimum wage for its workers across the US and UK to $15 in the US and £9.50 in the UK—a change spanning 250,000 employees, plus 100,000 seasonal employees. “We listened to our critics, thought hard about what we wanted to do, and decided we want to lead,” Jeff Bezos said in a statement, adding that “We’re excited about this change and encourage our competitors and other large employers to join us.”

Touching on Bezos’ decision in a statement, Bernie Sanders, US Politician and junior United States Senator from Vermont expressed his gratitude: “I want to give credit where credit is due. And I want to congratulate Mr. Bezos for doing exactly the right thing. Today he has raised the minimum wage at Amazon and Whole Foods … this applies not only to full-time workers, but part-time workers and temporary workers as well.

Let me thank the many hundreds of Amazon workers who contacted my office and the Fight for $15 movement which has been leading this effort for years.”

In his effort to end “corporate welfare”, Sanders has openly criticised Amazon, Bezos and all big-name companies that have employees “working at wages that are just so low that they can’t adequately take care of their family.” Amazon’s new pay change, along with Sanders’ praise, is a clear step in the right direction—and Amazon will likely see the benefits.

A study published in Human Resource Management Journal based on surveys from 13,657 employees in 1,293 private-sector workplaces in the UK found that employees that receive performance-related pay have far more positive outcomes than those that are paid based on profit.  Another, a survey of more than 160,000 workers between November 2017 and April 2018 by PayScale, found that around 33% said their companies, when denying their employees a raise, often gave little rationale for the decision. Further still, PayScale surveyed 500,000 employees for its Employee Engagement research, and found that employees that are paid fairly therefore feel appreciated, and are far more likely to feel satisfied in their position and remain with the company. Employee retention is an important factor, and a huge benefit to be considered for the company as a whole—but it doesn’t stop there.

Any CEO will know all too well that a hectic home life will bleed problems into their work life by extension. Stress is a debilitating thing, and the stress associated with money problems is one of the most common in the world. Reducing stress, where available, will ultimately affect employee performance for the better, not to mention the improvement in morale and sense of trust. A happy employee is a loyal employee, and that isn’t something to be taken lightly. No matter the position within a company, each plays an important role to ensure that things run smoothly—so, of course, feeling appreciated in that role is just as important. In addition, it will attract more talent, improve appeal compared to competing employers, and provide a basis for how staff will be treated and considered. When you pay someone well, you communicate the expectation of their work; rewarding high performance will promote such activity.

The benefits of transparency, trust building and improvements in the workplace are monumental. If you pay an employee fairly, they will repay you and then some—so genuinely competitive salaries are important to consider, as well as promoting the notion that every worker is important, valued, and worthwhile. It will all circle back, and work to the advantage of everyone involved.