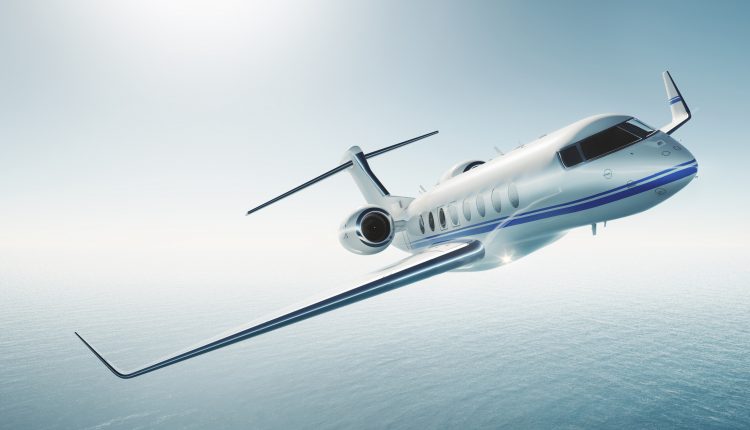 Private jet travel has, for a long time, been regarded as the sole domain of the super-rich or cosseted stars who couldn’t bring themselves to travel on commercial flights. But over the past decade that image has slowly been changing thanks to a forward-thinking industry which recognized that private jet travel was poorly understood and many potential clients were missing out on the advantages it has to offer. Chris Tofts, CEO at 365 Aviation, provides CEO Today with expert insight into the evolution of accessibility in the private jet sector.

Back in the early noughties, before the global financial crisis, big corporations were comfortable owning their own aircraft. But General Motors, Ford and Chrysler flying their senior executives in on company private jets to ask for a government bail out in 2008 was a PR own goal which caused a hugely negative public reaction to the idea of corporate private aviation. 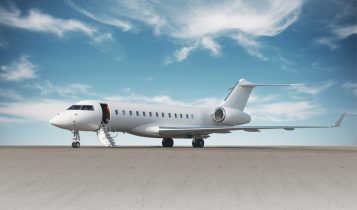 Warren Buffet’s NetJets arguably led the renaissance of the industry. His team foresaw that private jets could be presented as more affordable and accessible through fractional ownership. Others followed suit offering “flying time” by pre-purchasing a number of hours’ flying credit, which proved popular in the US where internal commercial flights are relatively expensive compared with the multitude of low cost European airlines.

Suddenly business travel by private jet became affordable and accessible. We use the term ‘affordable’ loosely because on the face of it private jet travel remains the preserve of the well off. However, corporations are using private charter for senior executives and recognizing that the benefits it offers far outweigh the perceived high cost.

365 Aviation recently commissioned a piece of independent research that explored the lost time spent travelling to, from and within airports. The research partner, Censuswide, polled over 2,000 HNW individuals and found that, on average, travelers spend over three and a half hours in airports pre- and post-flight. Add on the average time travelling to and from the airport (2.76 hours) and that’s a staggering 6.3 hours of wasted time per trip. And that’s before the flight itself, let alone any delays.

According to the Financial Times, the average C-Suite Executive’s hourly pay is £1,000, so when one takes into account lost productivity, suddenly private jet travel doesn’t seem like an extravagance at all, more like efficient planning. 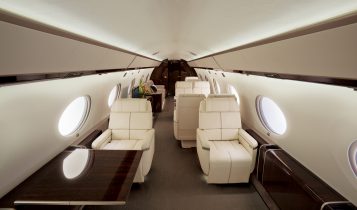 Co-founder, Colin Baker, a finance professional who launched 365 Aviation partially based on his observance of this lost productivity, said “Many delays are outside of the travelers’ control, and if it results in missing meetings or important family occasions, not to mention PA’s time spent rescheduling itineraries, you suddenly realize that it makes sense to pay a small premium to minimize these risks. Ever tightening airport security has exacerbated the situation to the point that it was no longer cost effective to spend the best part of a day trying to get to a one hour meeting to close a deal. Founding the business came out of a determination to prove that private aviation charter could save time for the people whose professions demand a great deal of it.”

Today Baker sees many of his clients using private charter travel to visit multiple destinations in a short period of time. He explains, “A private jet can leave from a closer airport, requiring just 20 minutes to check in, clear security and board, allowing passengers to fly to Milan in the morning, be in Frankfurt for lunch and back to London by mid-afternoon. That’s just not possible if you fly commercial.”

With 136 private airports in the UK alone, most people can be in the air within an hour of leaving their house or office. One Surrey based film executive will only fly from Farnborough as he can get there in a little over 30 minutes from his home and be in Cannes (for the Film Festival) in less than three hours door-to-door.

Business also requires flexibility and when meetings move time or location, private charter companies can react quickly saving time and money. “Efficient private charter companies are a PA’s best friend” says Rosemary Parr, founder of the Global PA Association, which represents tens of thousands of PAs internationally. “When your job is to get the company Chairman from A to B in the most efficient way possible, charter jet companies are a God send to a busy executive assistant. Meetings aren’t always in convenient locations and schedules can change at a moment’s notice. A flexible and knowledgeable charter partner who can have an aircraft on the tarmac in a couple of hours is an essential part of a top flight assistant’s arsenal.”

365 Aviation’s charter manager, Kristina Jacobs, cites complex travel requirements as another reason for choosing private jet charter. This summer 365 Aviation has seen a surge in clients travelling with their dogs, and has supplied specialist packing to transport couture gowns to the Cannes Film Festival. “We’ve transported guns to Scotland for the start of the grouse shooting season; jewellery handcuffed to a security guard to private yachts, and sound equipment for rock concerts.” she adds.

Yet it’s business travel that continues to be the bread and butter of the private charter industry. Whilst the days of the branded corporate jet may be over, companies recognize that it makes commercial sense to fly private. The charter companies are adapting too. Kristina and her team have “branded” private aircraft before, ensuring that corporate colours, brochures and merchandise are in place before clients board the plane.

The commercial airlines have recognized the threat. RyanAir launched a private charter offering last year, adapting one of its Boeing 737s for business travel for up to 60 passengers. It claims to offer the most competitive rate in Europe and is aiming at the group travel market. At the other end of the market Four Seasons has launched a luxuriously appointed branded jet in partnership with TCS World Travel catering for 52 passengers with fully flat beds offering 24-day around the world experiences that wouldn’t be feasible on commercial aircraft.

And while you’re travelling in style … 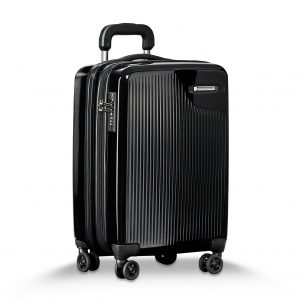 Briggs & Riley’s Sympatico collection offers amazing zipless technology, allowing the user to expand their suitcase, then compress it back down to original size with all their clothes in once packed. Briggs & Riley is the only brand in the world that can do this without zips, making it the ideal choice for overzealous packers.

The suitcases also have a special area with coat hanger to hang and fold suits or dresses and keep them wrinkle-free. The sassy collection comprises of three sizes of suitcase, Carry-On, Medium and Large.