The Good, Bad and Ugly of Nepotism 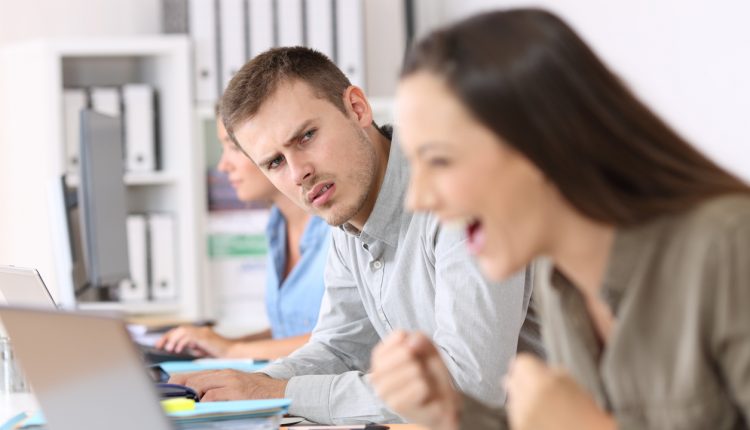 Nepotism, in practice, has its ups and downs—most likely, when you hear the word, a negative association naturally comes with it. Is it all bad, or should hiring within the family be kept to a minimum?

“Hiring friends and family on grounds other than their skills or job performance is nepotism. From an ethical point of view, it ticks many deviant behavioural boxes: corruption, preferential discrimination, favouritism. Although corruption is commonly thought of as the misuse of entrusted powers for private gain (McDonald 2015), it has received larger meanings including nepotism. However, it is too wide a notion to grasp the essence of the latter. Preferential discrimination turns its back to the premise of any fair selection process: treating all applicants equally on a base of rational criteria. Favouritism has a similar meaning but is even more explicit.

Resorting to nepotism breaks the trust placed in managers and deteriorates the ethical climate of the corporation. However, this conclusion should be moderated by the customary practice of businesses. For instance, what is rejected by most Western cultures can be accepted in Morocco or China. These local norms are acceptable as long as they are bound by limiting conditions, e.g., minimum age of family members, level of education, languages spoken, and proven work achievements (Stalk & Foley 2012). The fight against nepotism should not raise a reversed ethical issue: refusing a job to a friend or a relative who would be a good candidate. The French Group Galleries Lafayette shows in this respect a commendable sense of prudence. In its 2016 code of ethics, one can consider the following example: your brother-in-law has applied for a job on your team. You’re worried you may be accused of favouritism if he’s selected: what are your options?

Answer: If you’re not in charge of recruitment, and if everything is done to ensure his assessment and salary are decided independently of you, this is not a problem. If in doubt, speak to your line manager.”

Speaking from her experience, Linda explains:

“Nepotism: a delectable match made in heaven, or a detestable contract with the Devil? I have experienced both sides of the table and survived with the scars to tell of what were emotional roller-coaster experiences.

Nepotism in many Asian and Middle Eastern countries is a way of life, and even holds an expectancy of placement within a family run business as each generation reaches the working age. This has positive and negative side effects for larger businesses who also have Senior and Middle Management from outside the family realms, especially if the others are ex-pats, and it often makes a very difficult and even hostile work environment. It is a fine art dealing with younger members of the family who have joined businesses through entitlement, rather than through work and experience.

I have previously worked in Saudi Arabia for six and a half years. Amongst many of their cultural clashes with the western society, none are more prevalent than their misunderstanding that status can replace knowledge and experience, and this is social nepotism on a national scale; most recently a female Saudi national was promoted or brought into management positions with little or no experience as there are no democratic recall or complaints procedures to follow. Many establishments have lost multitudes of foreign workers for this reason over the past 2 years.

The Credit Suisse CS Global Family 900 is a universal database of 920 largest family-owned companies in the world. Companies on the list are publically traded with market capitalisation of at least $1 billion, as well as family owned stakes of at least 20%.

Of these, 64% come from Asia, but the 920 companies covers 35 different countries. So, although many family businesses have sold out over generations, it seems that when one generation achieves success, only one third successfully make it to the second generation, 12% to the third generation and a lowly 3% to the fourth, according to statistics from the Family Business Institute.

However, there are always exceptions to the rule and there are many still flying the flag for positive nepotism. None more prominently than the Rothschild dynasty, dating back to the late 1700s: this clan and its dynamism was instigated by Mayer Rothschild, who made his initial money in Germany and having 10 children, placed his 5 sons into various European countries to start up the family business of moneylending and banking. He also dabbled in war provision funding, soon making his mark with European monarchy.

So, determined was he to develop the name and brand of Rothschild and to keep the money in their name. In his inheritance documents in 1812, he only made bequests to male descendants, making sure that all the females were undesirable by their society and peers as wife choices, other than any male in the Rothschild line. Cousins and grandchildren were all encouraged to meet and marry to keep up the business and the name strong. Today, all the Rothschild fortune is invested in closely held corporations.

On the other side of the balance sheet, for mere mortals, it is at times a conundrum. From 1984 to 1997 I worked with my husband (who was Spanish) and with his friend and business partner. I got the job of Office Manager not just because we were married, but neither of them spoke English and they were importing security devices into Spain from America. Neither of them were office friendly; both were great salesmen and persuaders and managed to bring in many orders, creating a successful business, but without the office control or the logistics and importation, they would have struggled.

However, the business development came to a crashing halt when I was taken ill and there was nobody to run the office. The discord between them deepened and the business crashed and burned; along with it their long friendship was scuppered for many years.

After the years in Saudi, I decided to return to the UK and start my own business again on my own two feet, no friends or family on the payroll… yet!  There are many variations of nepotism and over these 30+ years in a variety of countries, I have found that although it is hedonistic and alluring to be working with somebody you know, most often it is a double-edged sword. There is nothing like money to cause jealousy or a rift between siblings, or other family members, or even friends.

There are many family businesses around the world and by luck, there must be some that are happy, prosperous and run smoothly. However, I am inclined to believe that when you scratch the surface, hurts and blemishes surface. There is an old saying: “you can’t be a boss and a friend,” so through my varied experience, nepotism is great in theory, but in practice is like a big can of worms. Because humans have egos and free will, this may be a recipe for fireworks.

However, I honestly cannot imagine the developing economy of any country without nepotism featuring highly in the emerging entrepreneurial world, along with the larger dynasties that like to keep their money in the family, so logically they employ their nearest and dearest.

So, is it a delectable match made in heaven, or a diabolical dabble with the devil? It just might depend on who you are talking to and when. The guilt and stress of getting out of nepotism, breaking the mould and following your own path is probably the alternative view for another day.”