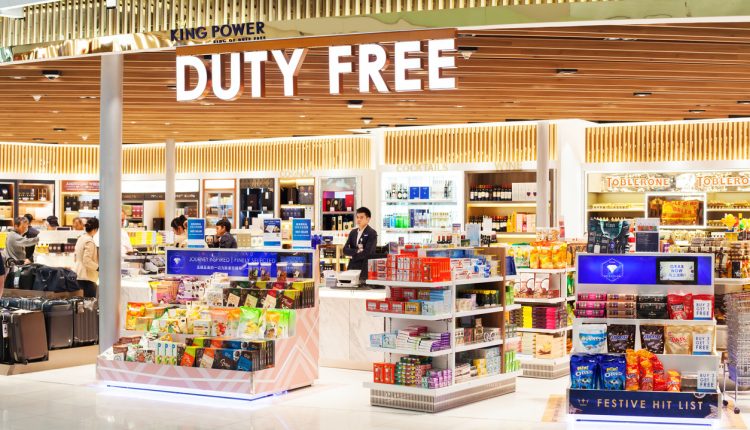 A new report reveals travellers are being charged up to 320% more for products in duty free than they would pay on the high street.

Airport duty free isn’t as cheap as we are led to believe, according to research by Duty Free Hunters and Provident.

With a huge selection of souvenirs, food, and drink advertised at discount prices, it’s no wonder that travellers are expected to spend $125b (US dollars) in duty free stores worldwide by 20251. However, a new campaign from Provident titled “The Global Cost Of” has revealed some of the nation’s favourite duty free products are actually cheaper if bought on the UK high street.

The report compares popular duty-free items such as Toblerone, Jack Daniels and Paco Rabanne perfume products, and found that customer are paying up to 320% more in the airport than they would on the UK high street.

Toblerone is a staple of most duty-free stores around the globe, and some are charging customers up to £12.60 for their favourite snacks – a huge mark-up considering a 360g milk chocolate Toblerone bar costs an average of £3 on the UK high street 2.

Jack Daniel’s is another duty-free staple that many travellers will see for sale in shops during their time in the airport. However, according to data gathered by Provident, customers are being charged up to 28% more than retail price for a 1l bottle of Old No. 7 by the popular whiskey brand.

Many of us presume that duty free stores offer a range of discounts and deals, and many head straight for the perfume and aftershave section to take advantage of special prices. However, the analysis by Provident shows that, although some airports offer discounts, there are many that actually charge more than high street stores do. Though only Barcelona duty free charges females more, 16 airports are charging males more than on the high street.